It's been a year since the dramatic rescue of the 12 members of the junior football team and their coach from the Tham Luang Nang Non cave in Chiang Rai Province, Thailand. The rescue put a spotlight on spelunking and the adventures to be had underground. Caves have an almost primal appeal—they hold the secrets to our past and are mysterious in and of themselves. They are home to mini-ecosystems that are otherwise impossible above ground and are the last vestige of exploration. 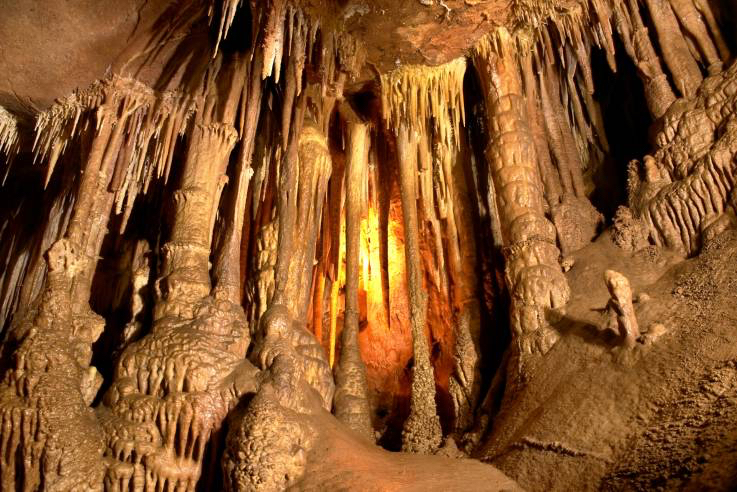 Stalactites and stalagmites inside Mammoth Cave in Kentucky. The longest cave system in the world lies beneath the Green River Valley in Kentucky and while over 400 miles of passageways have been mapped, it has yet to be fully discovered. The complex limestone labyrinth was discovered by humans 4,000 years ago and is home to a rich habitat of troglodytes, including eyeless fish, cave salamanders and albino cave shrimp. 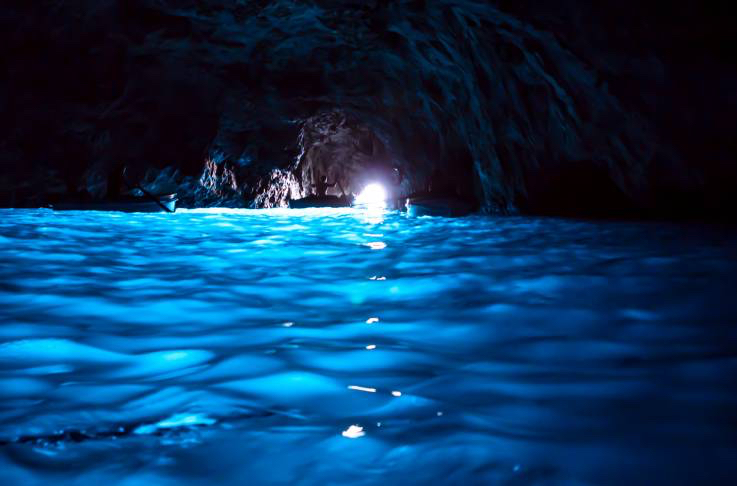 Inside the Famed Blue Grotto in Capri, Italy

Once used as the personal swimming hole for the Roman Emperor Tiberius, this dazzling sea cave is almost 200 feet long and 82 feet wide. Its unique glow comes from the light entering the small opening to the outside and refracting through the clear water off the sandy bottom 490 feet below. 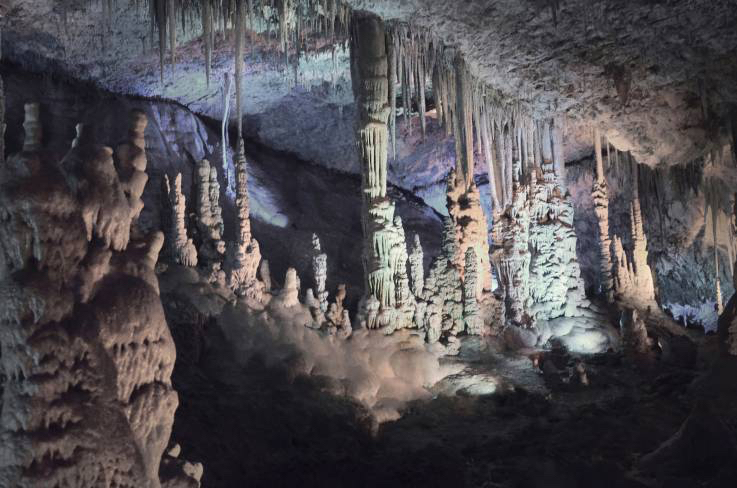 The Soreq Cave is a small but awesome cave with stalactites and stalagmites.The cave is near (~20 km)from Jerusalem. Beit Shemesh, Israel Getty/Anastasia_Aleksieieva. Also known as the Soreq Cave Nature Reserve, Avshalom is considered to be the Rosetta Stone of climate history in the Eastern Mediterranean through the densely packed stalactites found in the cave, some of which are over 13 feet long, and are as old as 300,000 years. 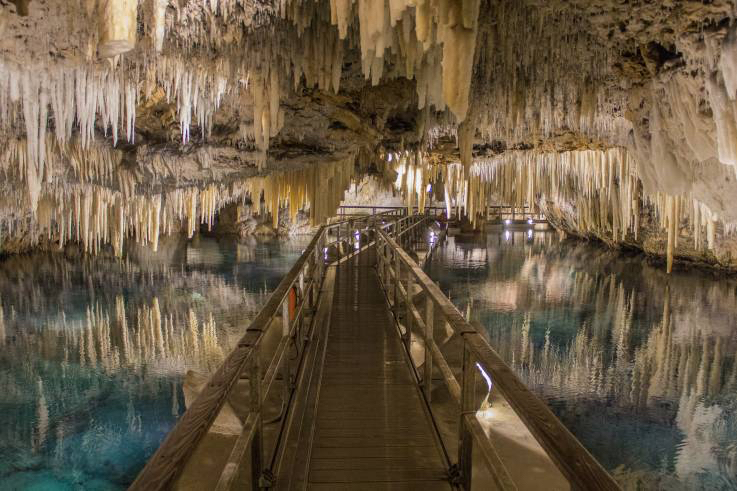 A truly magical experience below the earth, these caves were formed in the Pleistocene Era, but only found by humans over 100 years ago. Groups of crystals and stalactites hover above a crystal clear pool that is a mix of fresh and salt water and is almost 60 feet deep. 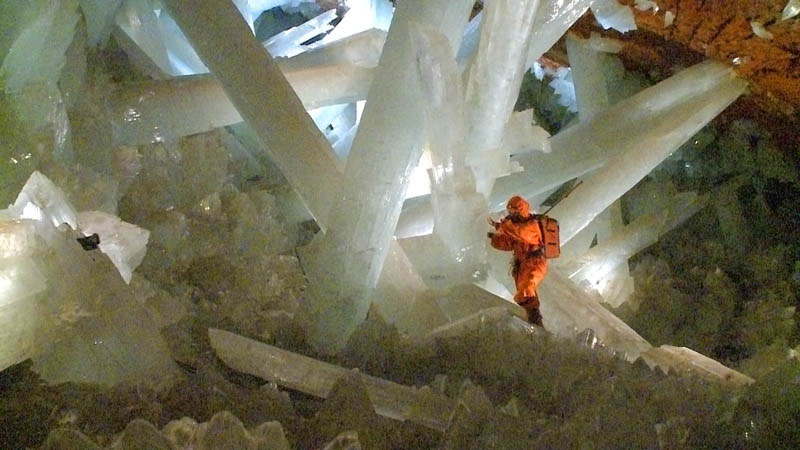 Cave of the Crystals - Naica, Mexico

This unique cave system in Mexico looks like Superman's Fortress of Solitude and contains some of the largest natural crystals ever found—the longest of which is 39 feet long and 13 feet thick. However, it is rarely explored due to logistical difficulties: it is extremely hot due to its location above a volcanic vent, and the huge crystals block also block the passage. 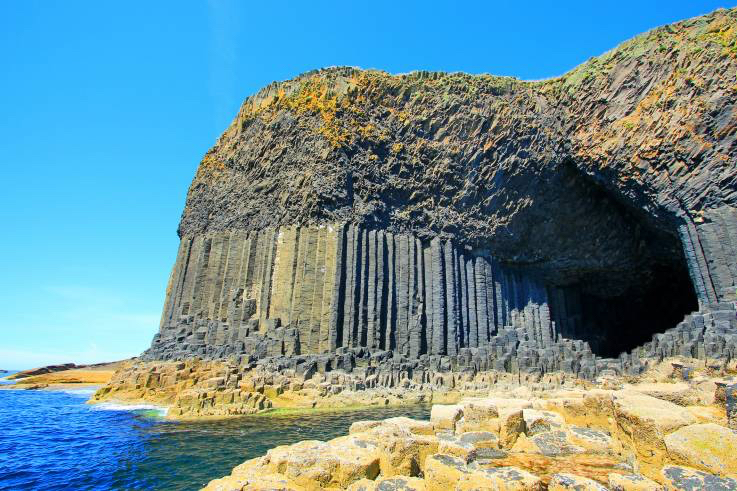 This sea cave, lying within an uninhabited island in Scotland's Inner Hebrides, it formed entirely from hexagonally jointed basalt columns formed by a Paleocene lava flow. It gets its name from an 18th century poem and has been featured in literature and song throughout the centuries. 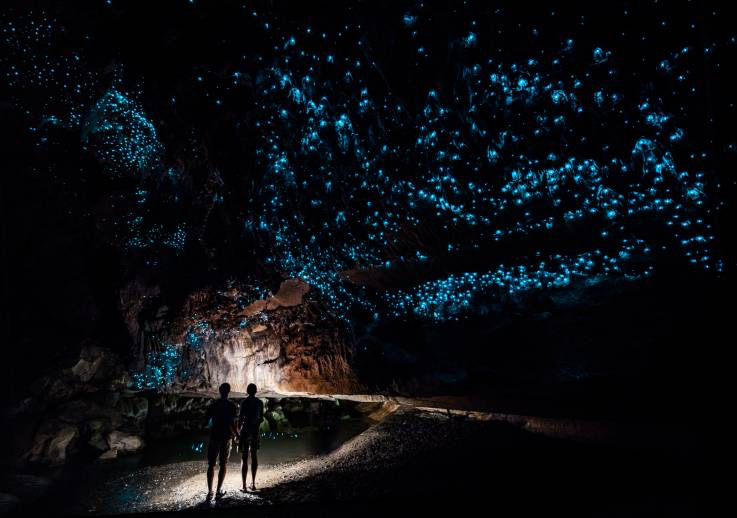 Glowworm Cathedral at the end of Waipu Cave in New Zealand

The Waitomo cave system, formed 30 million years ago, has several unique aspects to it—including a huge underground chamber area called the Cathedral—but the main draw is the Glowworm Grotto where visitors can glide along an underground river with millions of glowworms sparkling like stars overhead. 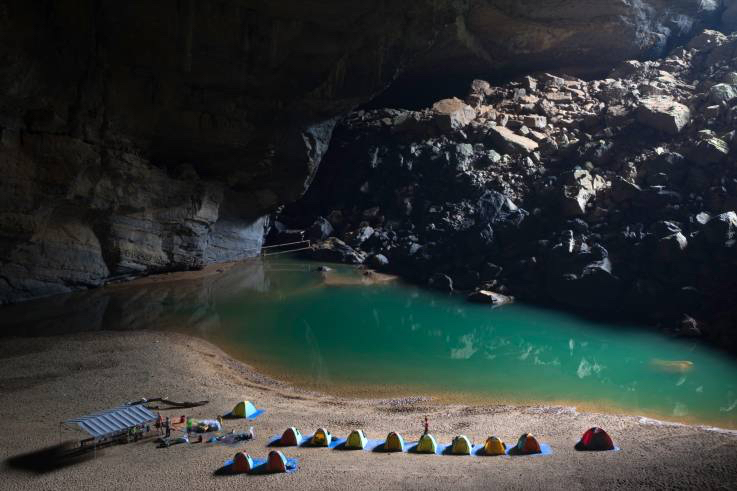 The world's biggest cave Hang Son Doong is located in the heart of the Phong Nha-Ke Bang National Park in Vietnam. It stretches more than 5 kilometers long with the height of nearly 200 meters. This cave passage, at over three miles long and 650 feet high is the largest in the world and contains stalagmites that are 229 feet high. Found originally by a local man in 1991, it was only in 2009 that it became internationally known.

The Entrance to the Škocjan Cave in Slovenia

A UNESCO World Heritage Site, Škocjan Cave, which has one of the largest underground canyons in the world, has been inhabited by humans since prehistoric times. Considered one of the most beautiful caves in the world, inside are cities of stalagmites and stalactites that are right out of a SciFi novel. The Reka River disappears underground it for over 20 miles, resurfacing near Monfalcone. 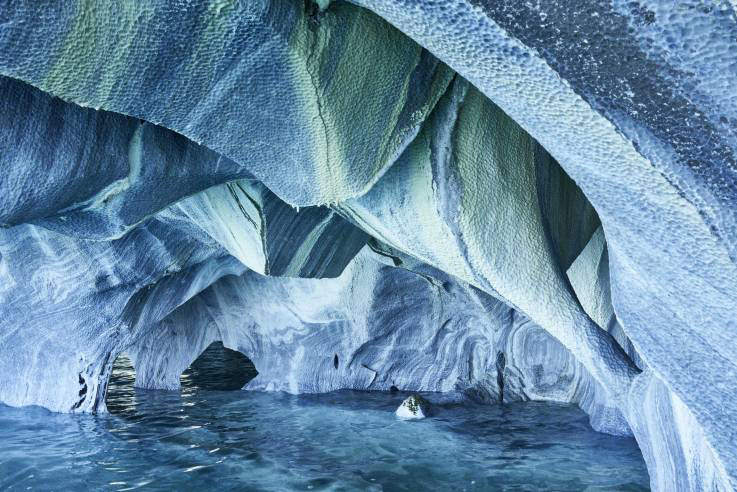 The Marble Caves of Patagonia -  Chile

Turquoise colors and splendid shapes create imagery of unearthly beauty carved out by nature.  Accessible only by boat, these isolated, sculpted caves lie in the General Carrera Lake in the heart of the Patagonia region. Comprised of swirling black and white columns reflecting the azure and turquoise waters of the lake, the colors change throughout the seasons. 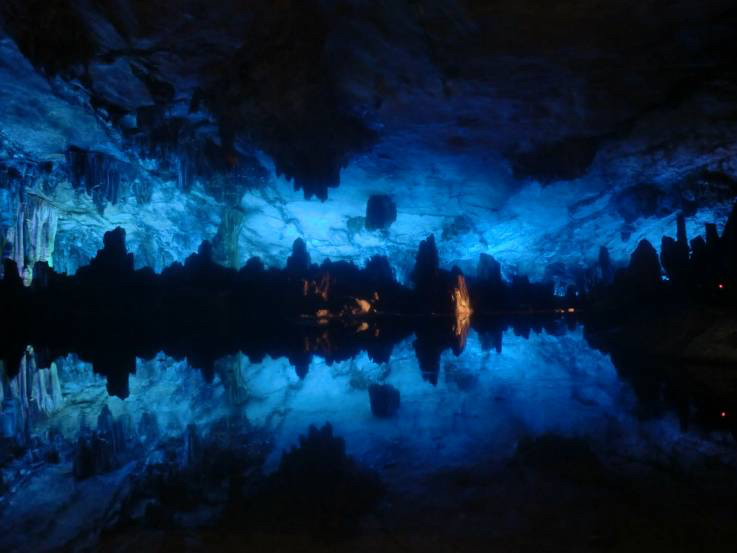 Also known as the "Palace of Natural Arts," this limestone cave located just north of Guilin City is not only beautiful but historically important as it is full of inscriptions that can be dated back to the Tang dynasty. 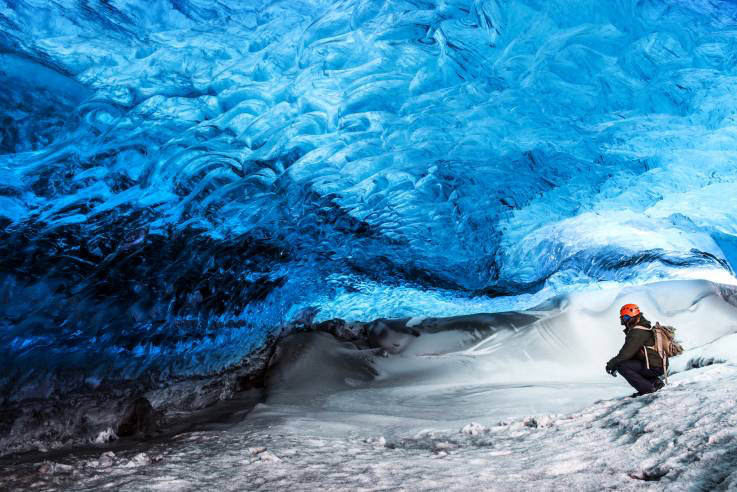 Inside the Beautiful Skaftafell Ice Cave in Iceland

Ice caves are a natural phenomenon inside Iceland's largest ice cap that transforms into spaces reminiscent of Disney's Frozen. No cave is the same, and they are ever-changing; each summer, the ice melts, creating new tunnels, which then freeze over and can be seen the following winter. Some caves have walls so thin you can see underground waterfalls through the ice.