Sophia Loren at 84 Looks Fantastic as a Holocaust Survivor in: The Life Ahead 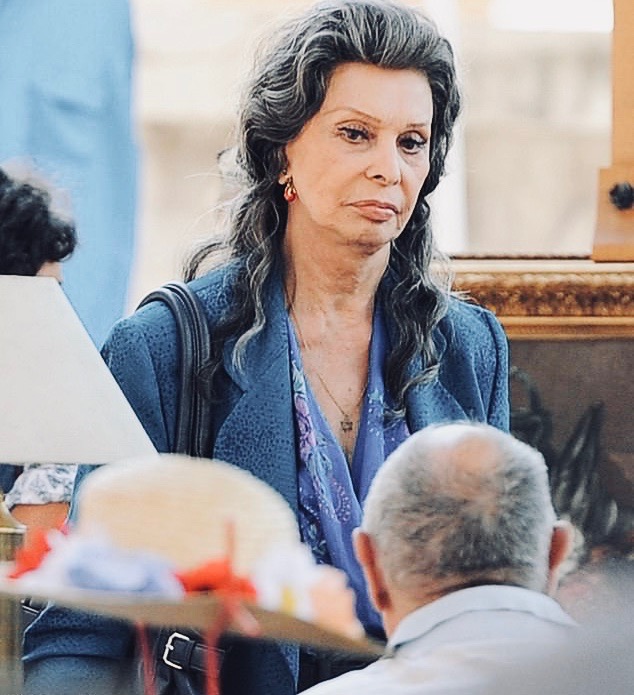 Sophia Loren Spotted in Character on Set for New Film "The Life Ahead" in Bari, Italy

Sophia Loren, 84, looks fantastic in a flowing grey wig on set of new film The Life Ahead as she prepared to make a hotly anticipated return to screens after 10 years. The glamorous screen siren just ended filming her first movie role in almost ten years, for a project directed by her 46-year-old son Edoardo Ponti.This will be the Italian movie legend's hotly anticipated return to screens and fans will see the star take on the role of a Holocaust survivor who spends her time taking care of the children of prostitutes. 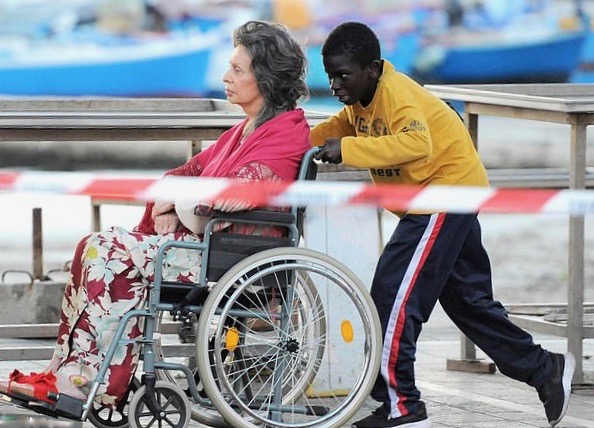 As one of the biggest bombshells to star in movies, the Italian actress has chosen to shed her sexy image and star as a wheelchair-bound woman in her son's project.  The film, which is La Vita Davanti in Italian, is directed by the actress' son, Edoardo Ponti. It's based on a book of the same name. 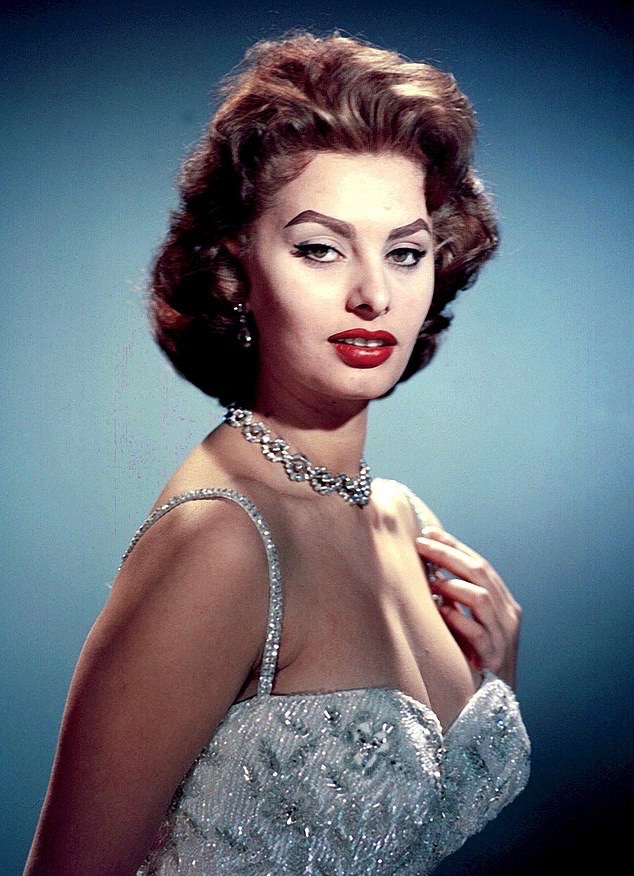 Sophia is considered one of Italy's national treasures as she is allegedly the biggest movie star to come out of the country. She's every inch the glamorous screen siren, having had a glittering Hollywood career spanning several decades.

Her career started when she was a teenager and went by her birth name Sofia Villani Scicolone. She was first cast as an extra in Mervyn LeRoy's 1951 film Quo Vadis.

Her last film was the 2010 TV movie My House Is Full of Mirrors.

But it was not until she met Carlo Ponti that she had her career break through. Carlo renamed her Sophia Loren and was cast for the 1953 film Aida. 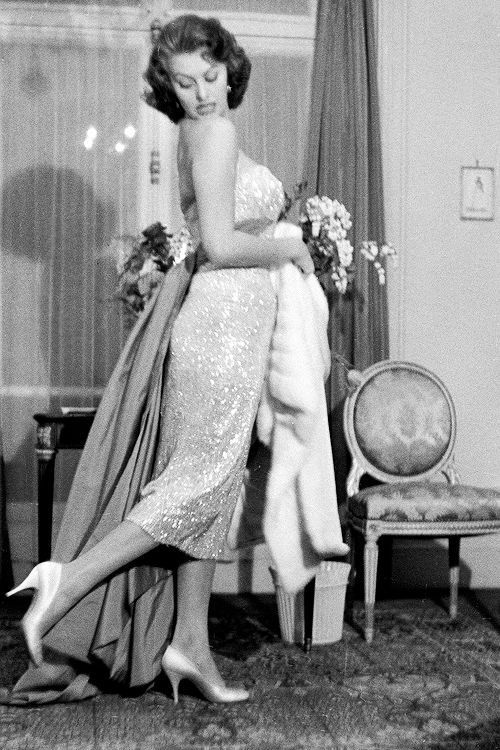 Her stand-out role was in 1954's The Gold Of Naples, but she became internationally famous from her work in Boy On A Dolphin. In 1958, Sophia became a Hollywood starlet and she was cast in Desire Under The Elms with Anthony Perkins, based upon the Eugene O'Neill play. 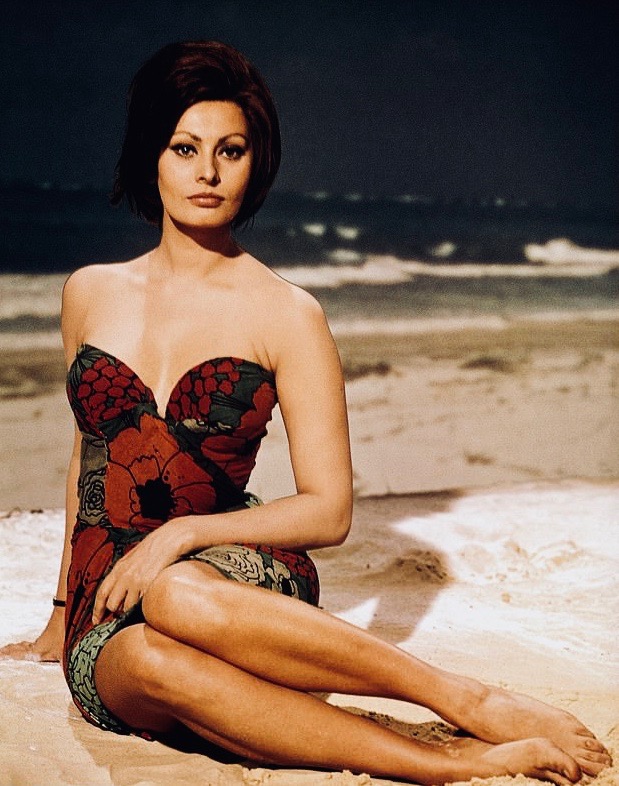 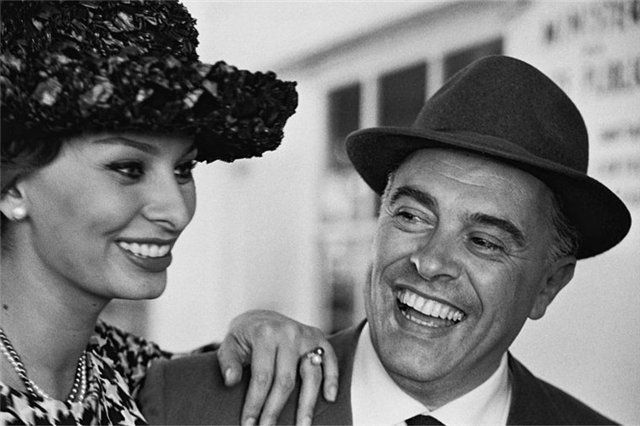 She married her love Carlo in 1966 and they stayed happily married until his death in 2007. The International stars had two children together: Edoardo, 46, who is wed to actress Sasha Alexander, and Carlo Jr, 50. In more recent years, Loren has chosen to stay out of the spotlight and spend time with her family and grandchildren. 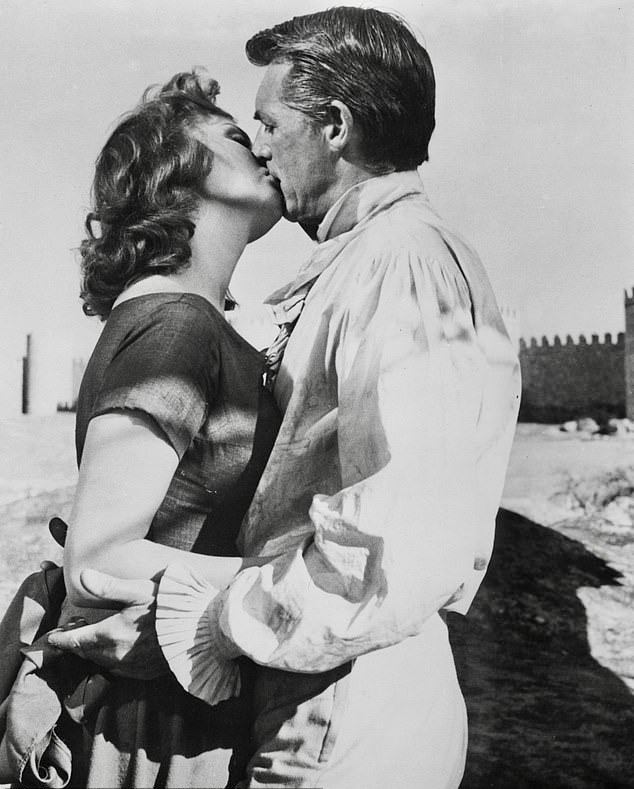 Sophia Loren Co-Starred with Cary Grant in Houseboat in 1957

August 2,  1969.  On location in Russia, a behind the scenes look at the making of "I Girasoli", Sophia Loren's  movie directed by Vittorio De Sica. The first Italian feature film shot in Moscow, produced by Carlo Ponti. Sophia Loren stars as Giovanna, an Italian woman who marries Antonio (Marcello Mastroianni) 12 days before the outbreak of World War II.