The Tragic Burning of Notre Dame of Paris

A France in Turmoil Weeps for a Symbol of Paris’s Enduring Identity. For centuries, Notre-Dame cathedral has enshrined an evolving notion of what it means to be French. As smoke and flames wafted into the sky on Monday, the symbolism was hard to miss. Notre-Dame has occupied the heart of Paris for the better part of a millennium, its twin medieval towers rising from the small central island wedged between the storied left and right banks. Now, France is burning. 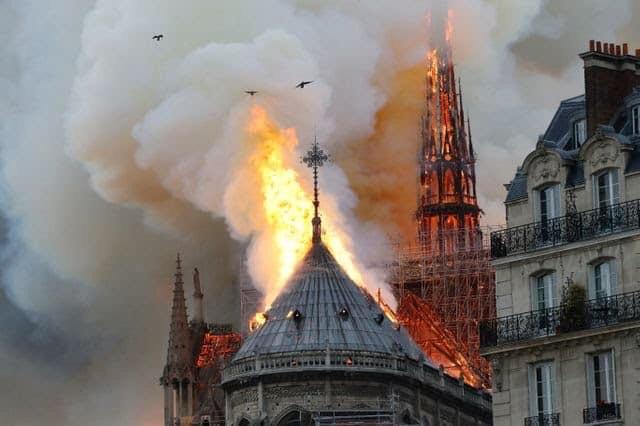 The fire at Notre-Dame happened on the day that the country’s troubled president, Emmanuel Macron, was supposed to explain how he intended to address the demands of the “Yellow Vest” movement. An anguished, restless nation has struggled to cope with the monthslong uprising and with the frayed social safety net that spurred the protests. 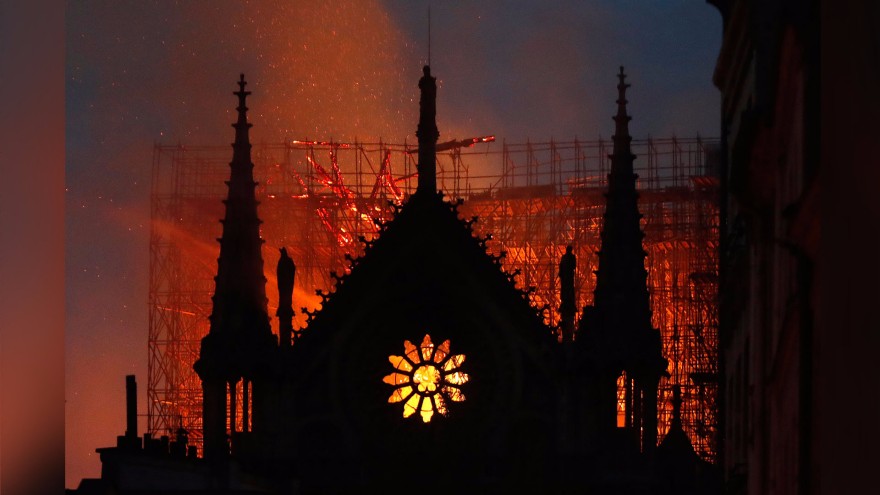 Generations that had come to rely on this social safety net, as a matter of national pride and identity, see it going up in smoke. On April 15, 2019, so was the cathedral, which for centuries has enshrined an evolving notion of Frenchness. The symbolism was hard to miss. 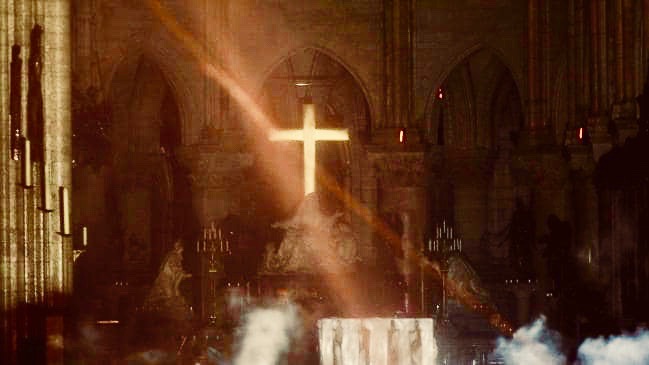 A photo of a gilded cross gleaming through the smoke and haze after a fire ravaged Notre Dame Cathedral in Paris has proven to be a symbol of hope following an unspeakable tragedy. 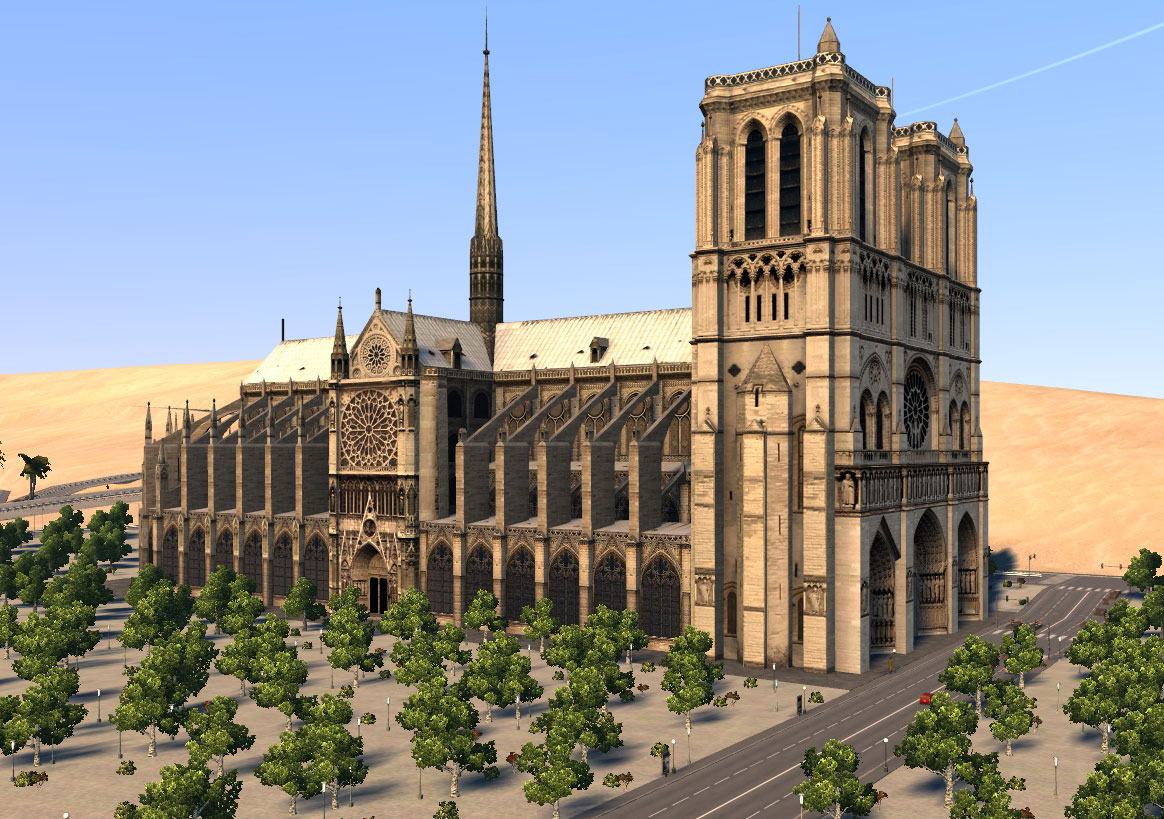 In 1160, Bishop Maurice de Sully ordered the demolition of Paris’ previous cathedral, St. Stephen’s. Three years later construction of a new cathedral, Notre-Dame de Paris began. Bishop de Sully devoted his life, and much of his wealth, to the creation of “Our Lady of Paris”. It was a construction that would continue for many years after his death in 1196. Four different architects worked on the cathedral throughout its construction period. It was the fourth architect that oversaw the completion of the west facade and its rose window in 1225. By 1250 the western towers and North Rose Window were completed and the remaining elements were put in place by 1345. 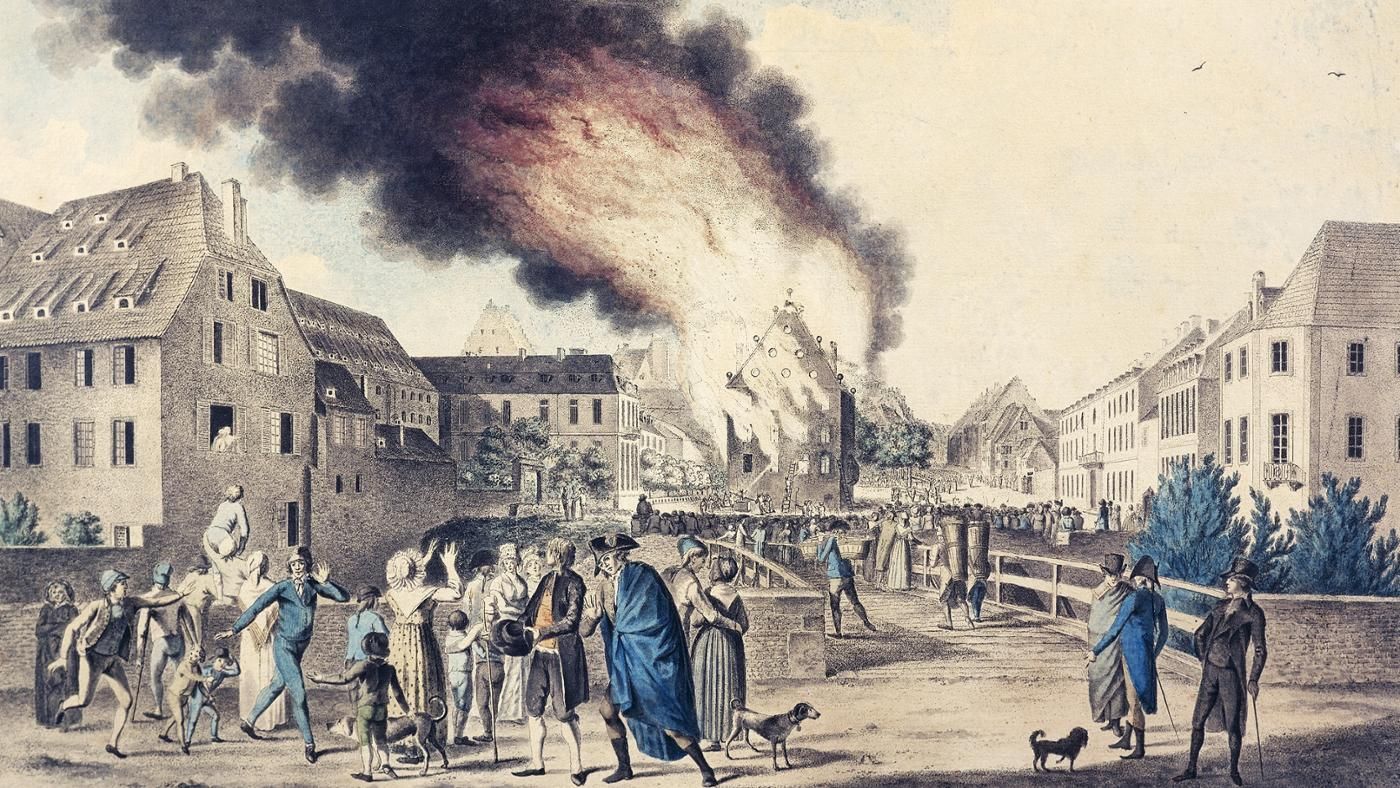 The church was significantly damaged by revolutionaries in 1792, when many large statues and cathedral portals were destroyed. In 1845 an extensive restoration program began, led by architects Antoine Lassus and Eugene Viollet-le-Duc. The restoration would take 25 years before it was completed. 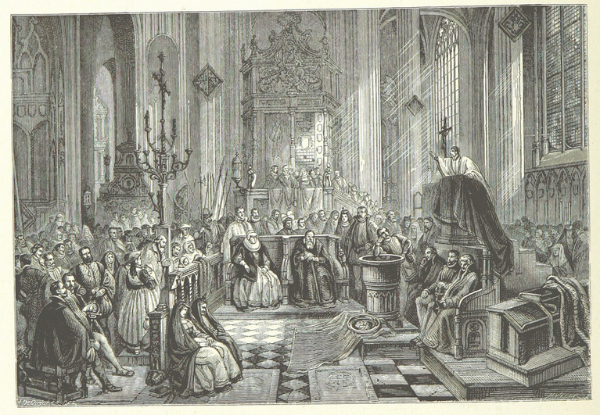 Notre-Dame is widely considered to be one of the finest examples of French Gothic architecture. It was one of the first buildings in the world to incorporate flying buttresses as a means of supporting exterior walls. Many small statues, all individually crafted, can be seen around the exterior of the building. Some statues were used as column supports and others, such as the famous gargoyles, as water spouts. The three large rosettes are regarded as one of the greatest masterpieces of Christianity. 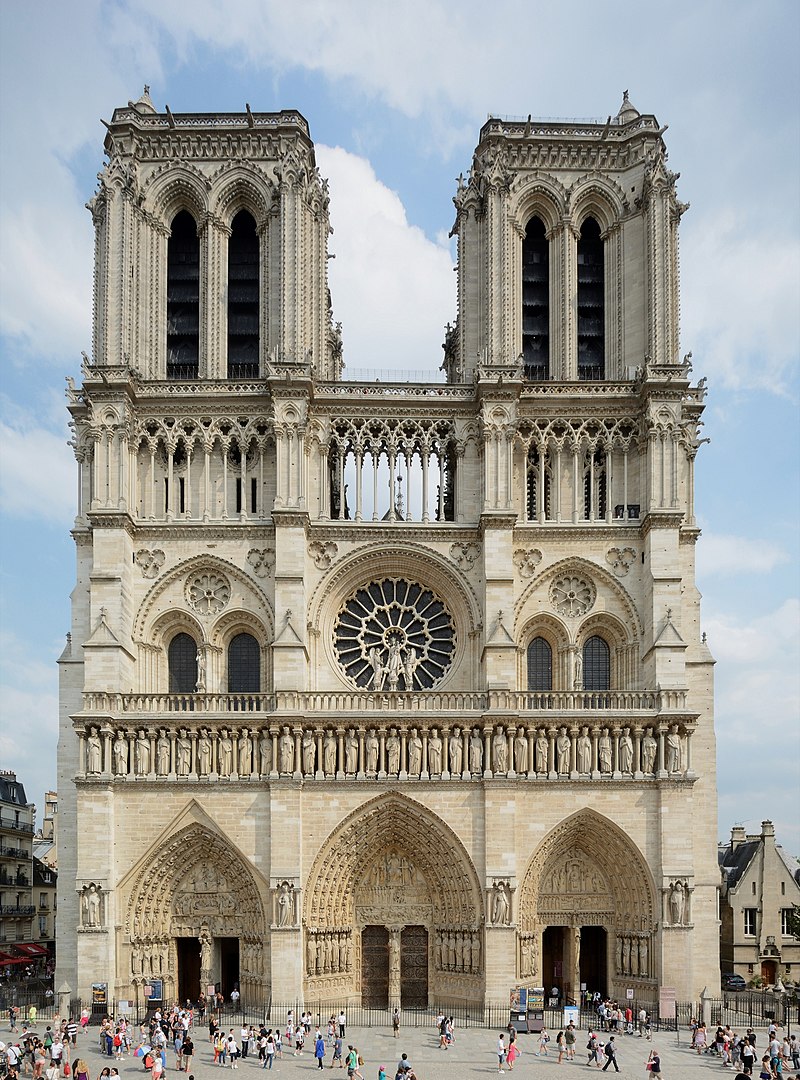 The West Facade:   The imposing west facade has been called everything from “a masterpiece of composition and execution,” by Marcel Aubert to “a pure creation of the spirit” by Le Corbusier. It’s simple yet complex, contrasting yet harmonious. 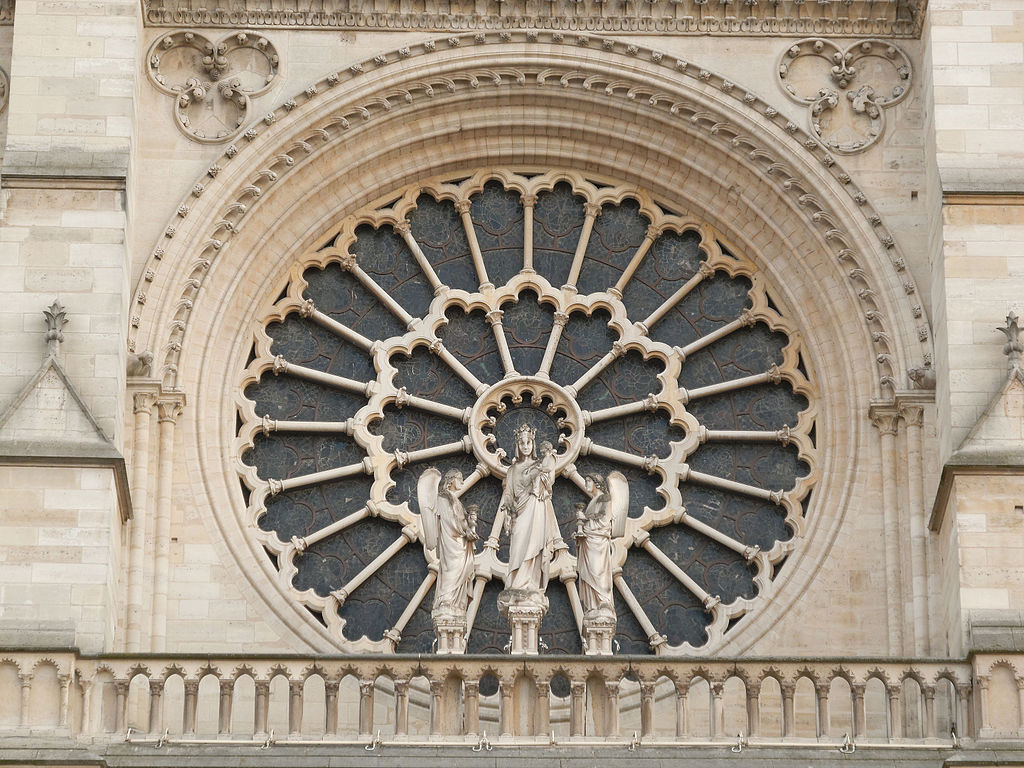 The west facade spans 41 metres wide and rises up 63 metres to the top of the towers. The centre displays a large rose, 9.6 metres in diameter, that forms a halo above a statue of the Virgin with Child. On each side of the Virgin stand two angels. Underneath the balustrade is the Gallery of Kings. This row of 28 statues represents twenty-eight generations of Kings of Judah. On the lower level, there are four buttresses each with a niche that houses a statue. The north buttress portrays St. Stephen, the south, St. Denis. The two side buttresses portray allegories of the Synagogue and the Church. In between the buttresses are three large portals, each one different than the next. The right/south portal is called the Portal of St. Anne. The left/north portal is the Portal of the Virgin and is topped by a triangular gable. The central portal, the Portal of the Last Judgement is the tallest and widest of the three. 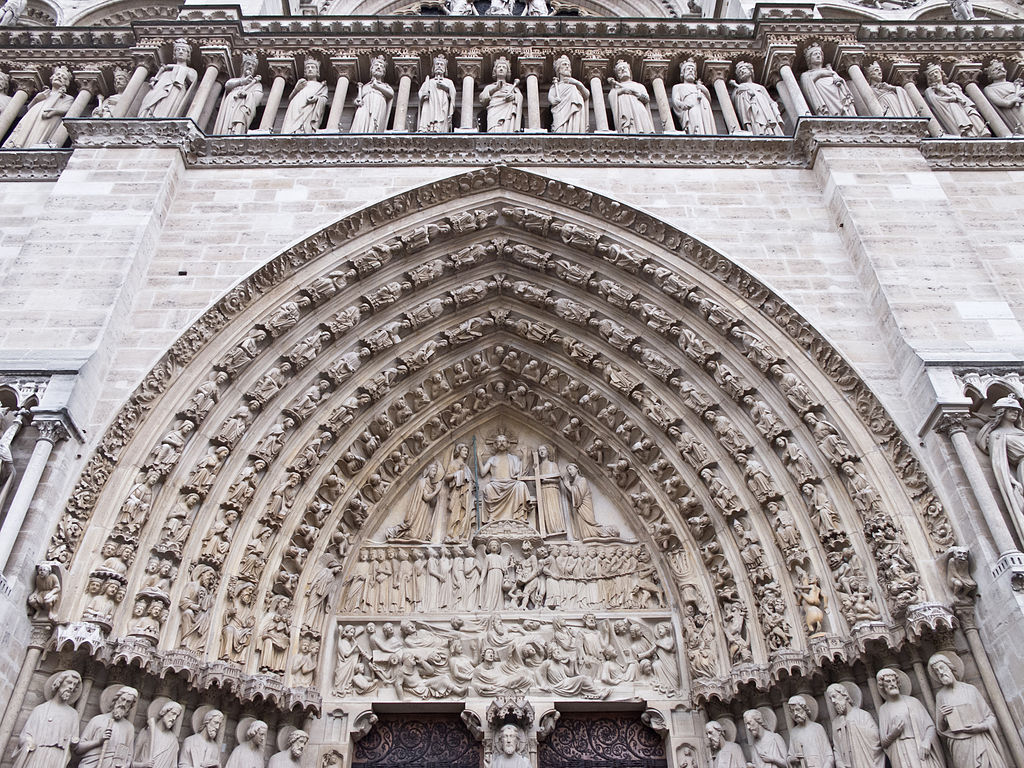 Portal of the Last Judgement:   The Portal of the Last Judgement is rich in symbolism and tells quite the interesting story. Luckily, we had a guide who could explain it all to us.  To make it easier to understand, I’ll first explain some architectural terms. A “lintel” is ornamented structural item often found over portals, doors and window. A “tympanum” is a semi-circular or triangular decorative wall surface over an entrance, bounded by a lintel and arch. And lastly, “archivolts” are ornamental moldings or bands following the underside curve of an arch. The lower lintel shows the dead being revived from their graves. On the upper lintel, archangel Michael is weighing their souls. The chosen people, who showed love to God and fellow man, are led towards Heaven on the left. The condemned are led by a devil to hell on the right. Above all this you can see the tympanum, with Christ majestically seated on his throne of glory. Above Christ, on the archivolts, are figures of the Heavenly Court. Angels, patriarchs, prophets, martyrs, virgins and church doctors are all represented with Hell taking up a small space at the right. 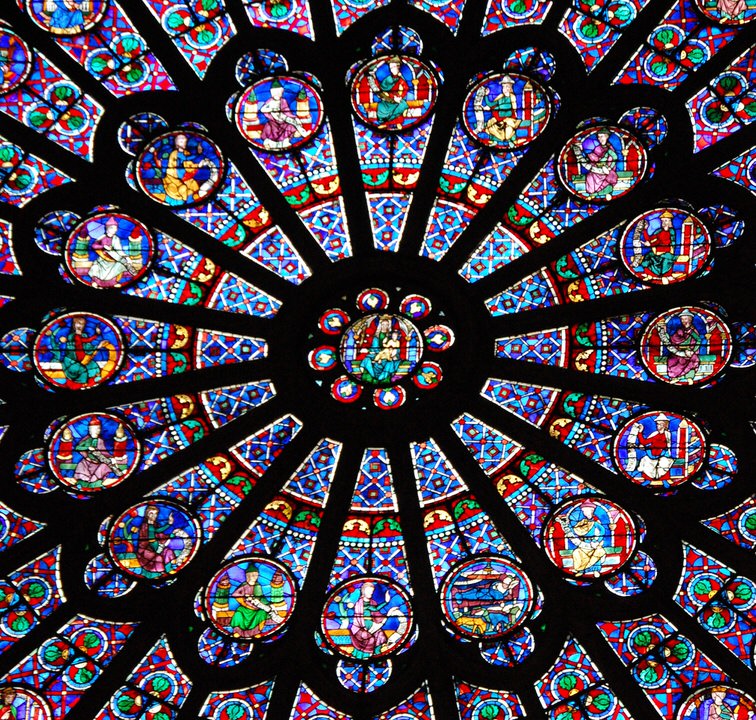 The Rose Windows:   The North Rose Window was built between 1250-1260. Its diameter is 12.9 meters (as is the South Rose Window). The centre oculus features Mary holding the Christ Child. Surrounding them are images of kings and prophets of the Old Testament. 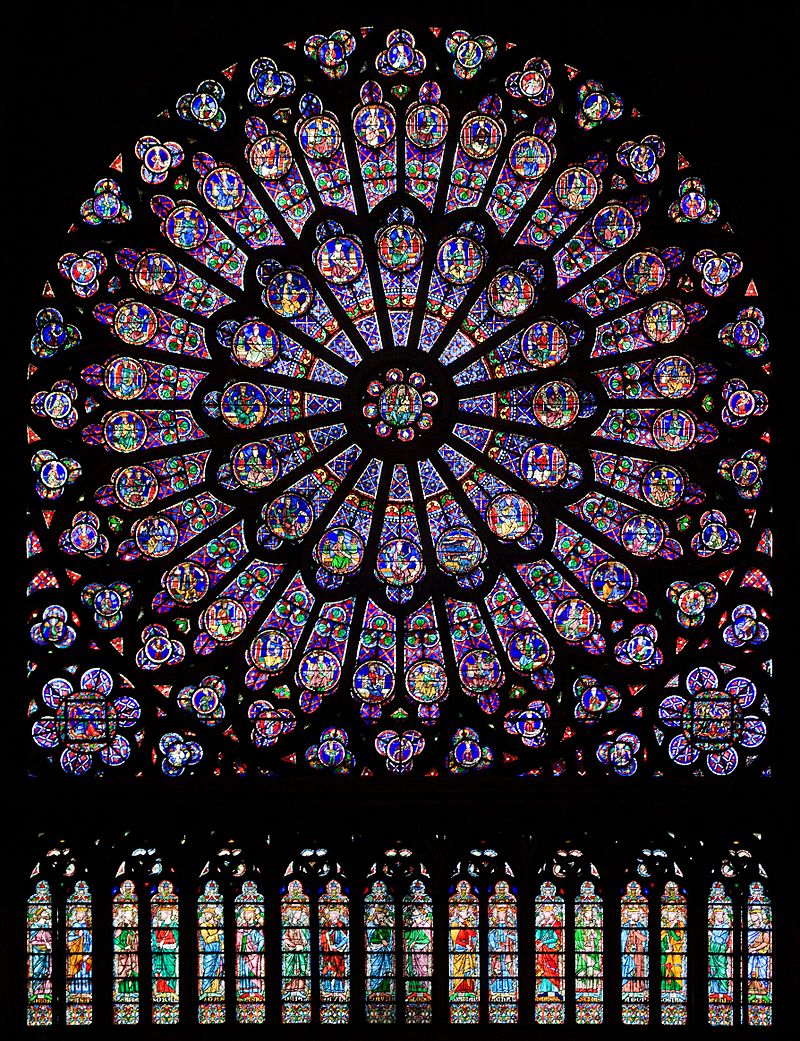 The South Rose Window was built in 1260 as a counterpoint to the North Rose Window. It was a gift from King St. Louis. Its 84 panes are divided into four circles and is dedicated to the New Testament. 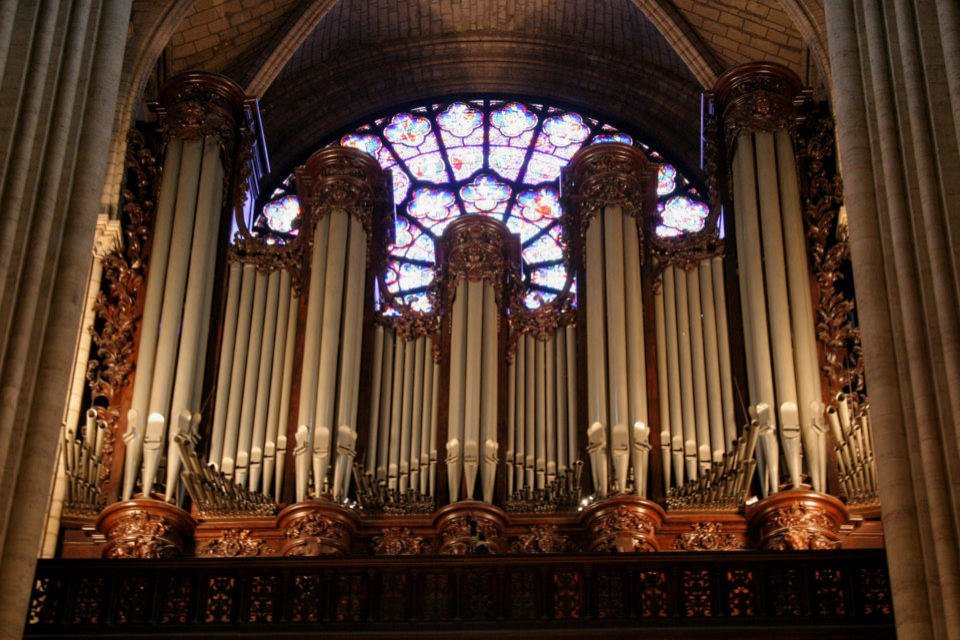 The Organs: There were three organs in Notre- Dame Cathedral, the most famous being the Great Organ. With 8,000 pipes and five keyboards, it’s the largest organ in France. 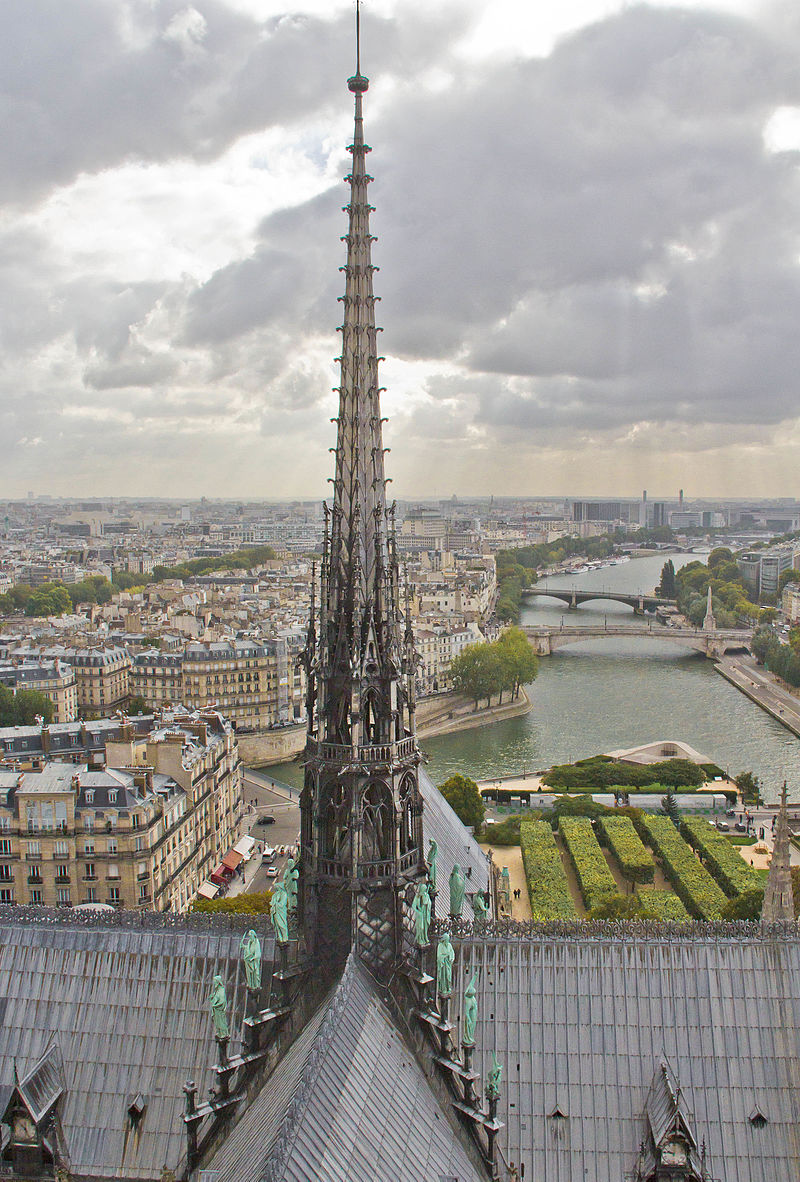 The Spire: Notre-Dame’s original spire, which was also a bell tower, was taken down from 1786-1792. During Viollet-le-Duc’s restoration, he decided to build a second spire which was modelled after the spire built in Orleans in 1852. It’s adorned with copper statues of the 12 Apostles. Viollet-le-Duc actually included himself in the mix, representing himself as St. Thomas. 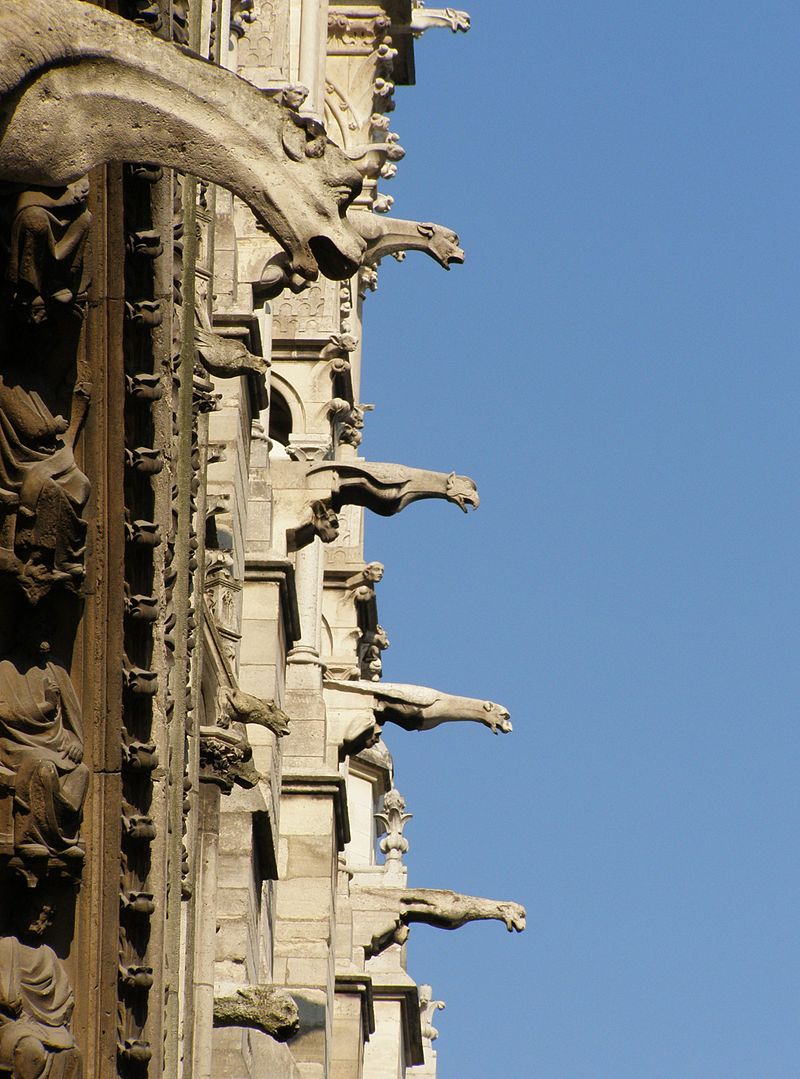 The Gargoyles:  The famous gargoyles, which were designed as water spouts, by climbing 387 steps to the top of the bell towers. The climb up the spiral staircases is worth it not only for the gargoyles, but for the sweeping panoramic view of the city. 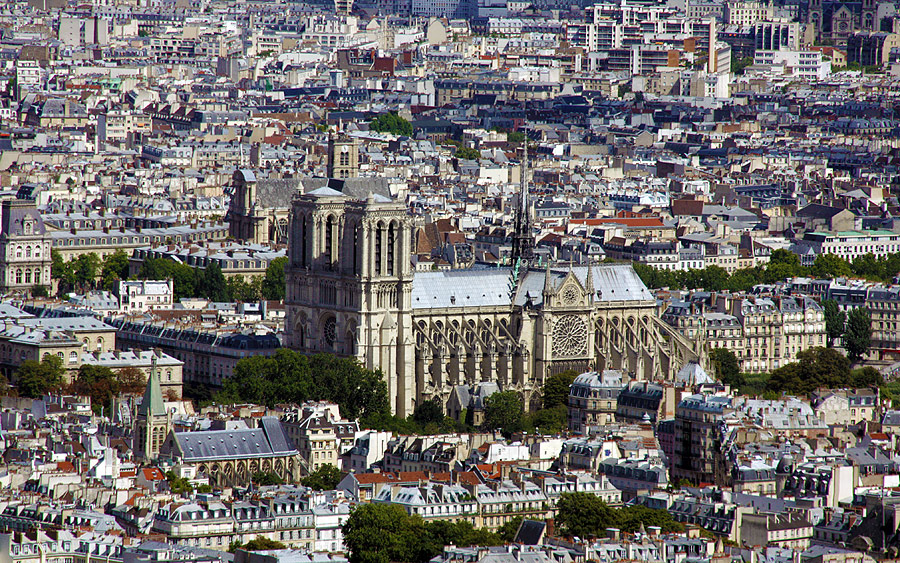 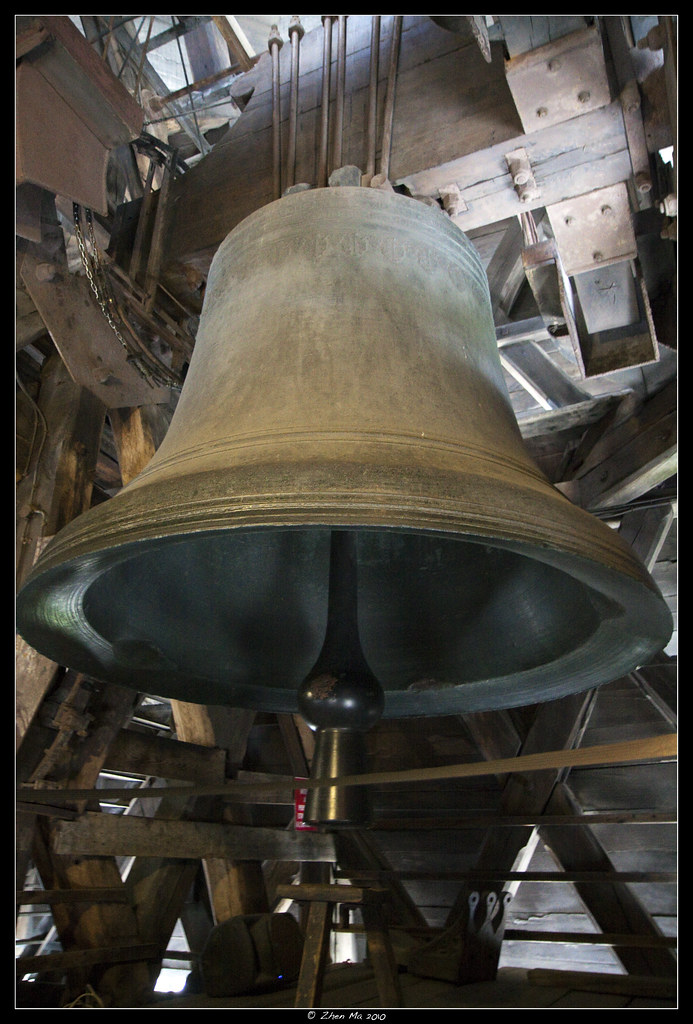 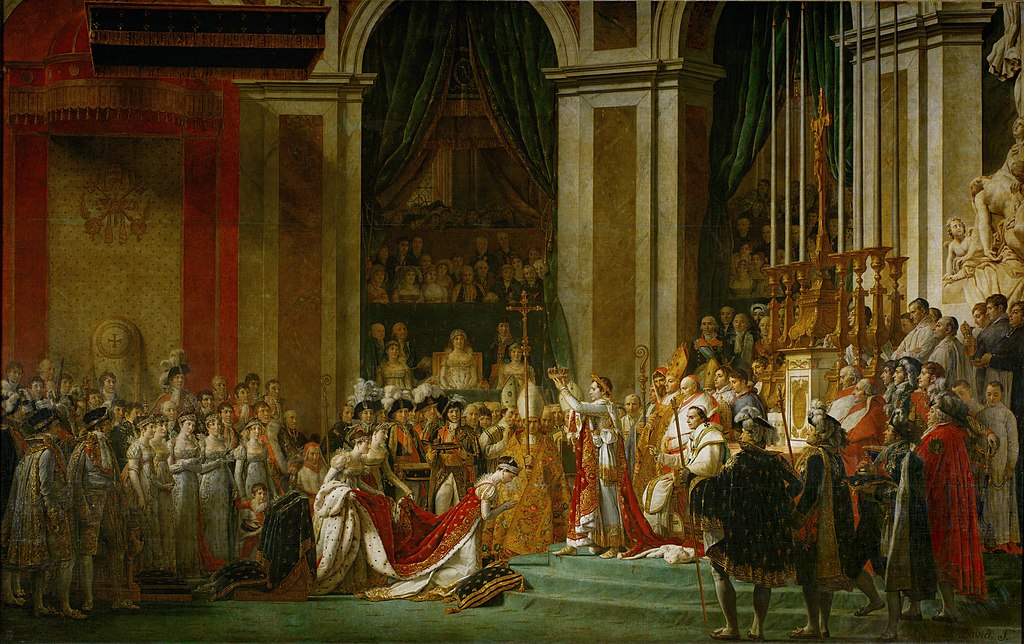 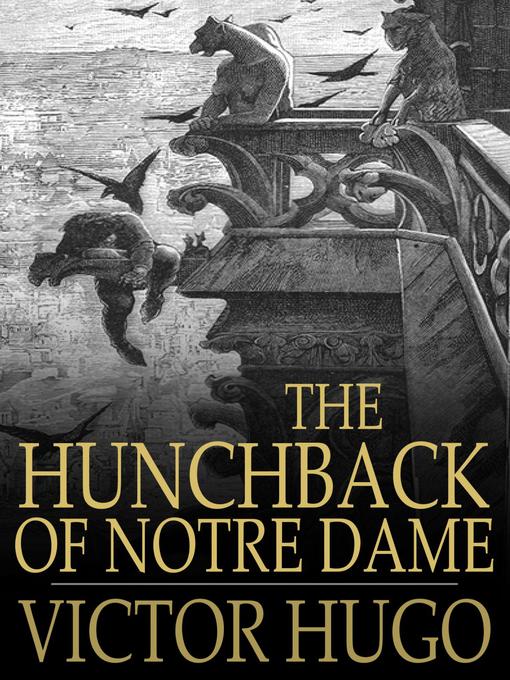 The Hunchback of Notre-Dame by Victor Hugo was Published in January, 1831 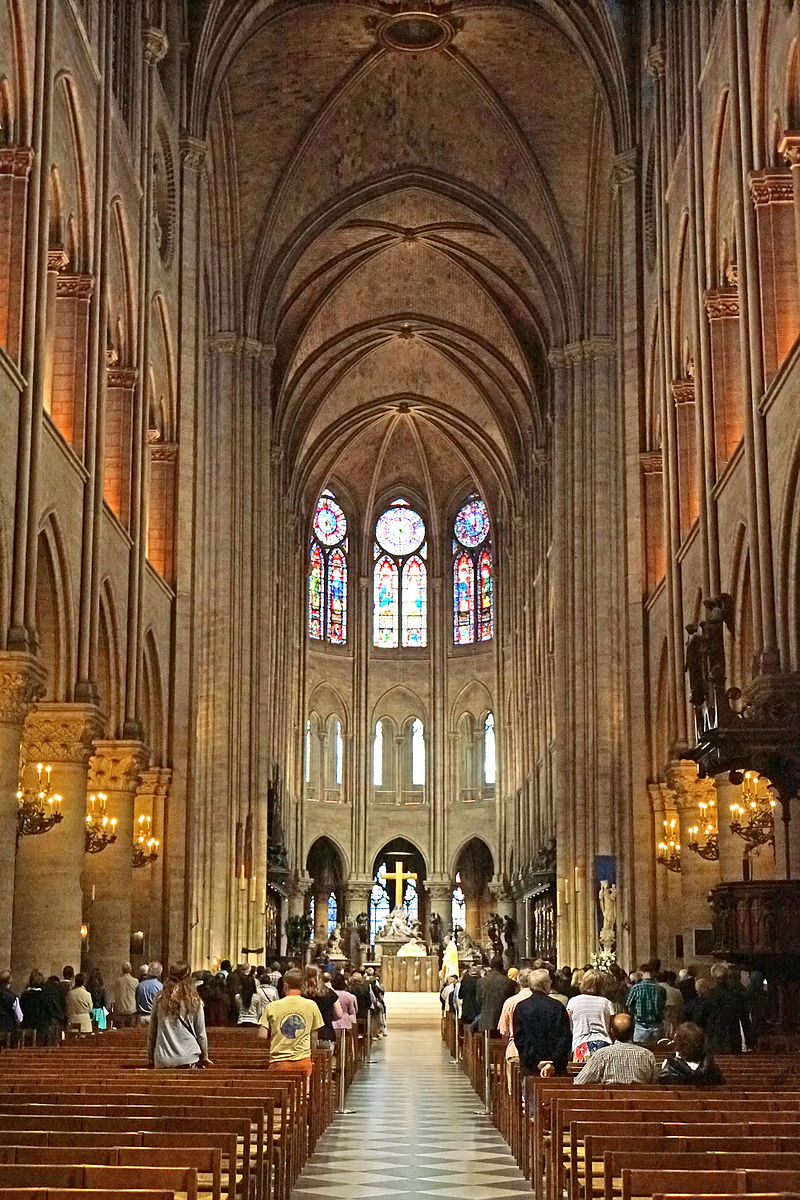 Notre-Dame has been the most visited monument in Paris with

about 13 million Visitors Every Year 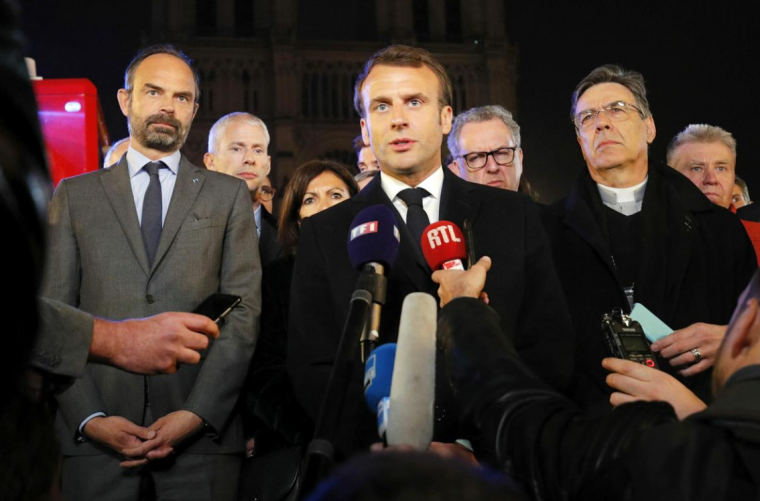 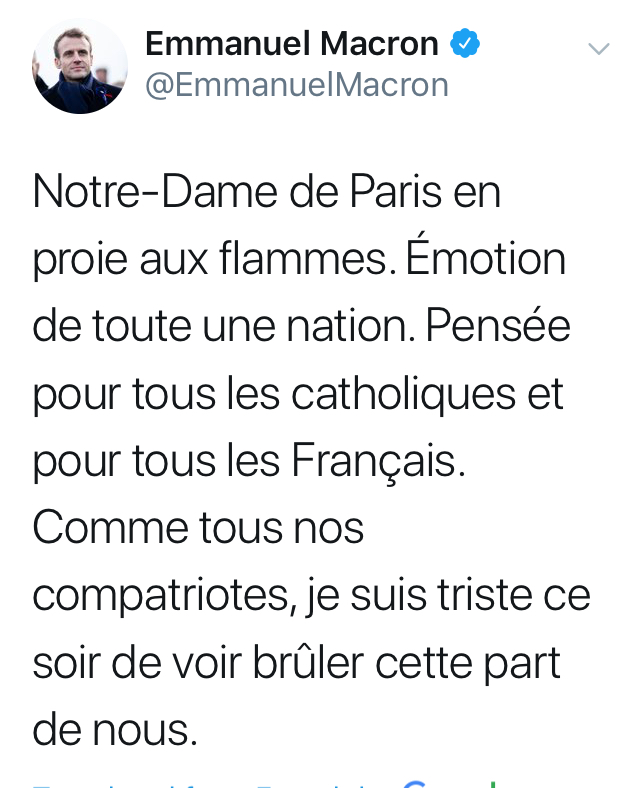 "Notre-Dame de Paris in flames. Emotion of a whole nation. Thought for all Catholics and for all French.

Like all our compatriots, I am sad tonight to see this part of us burn." 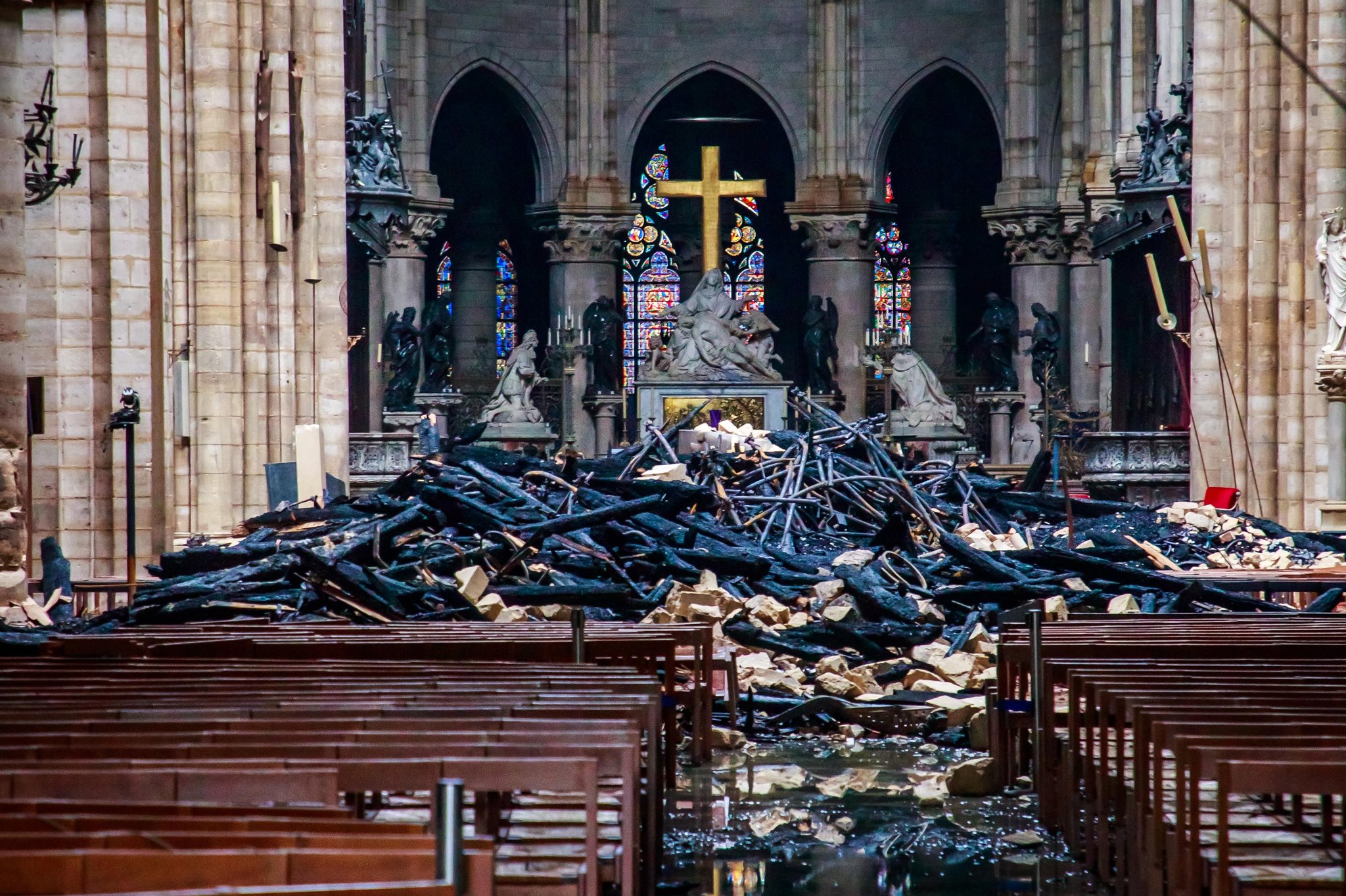 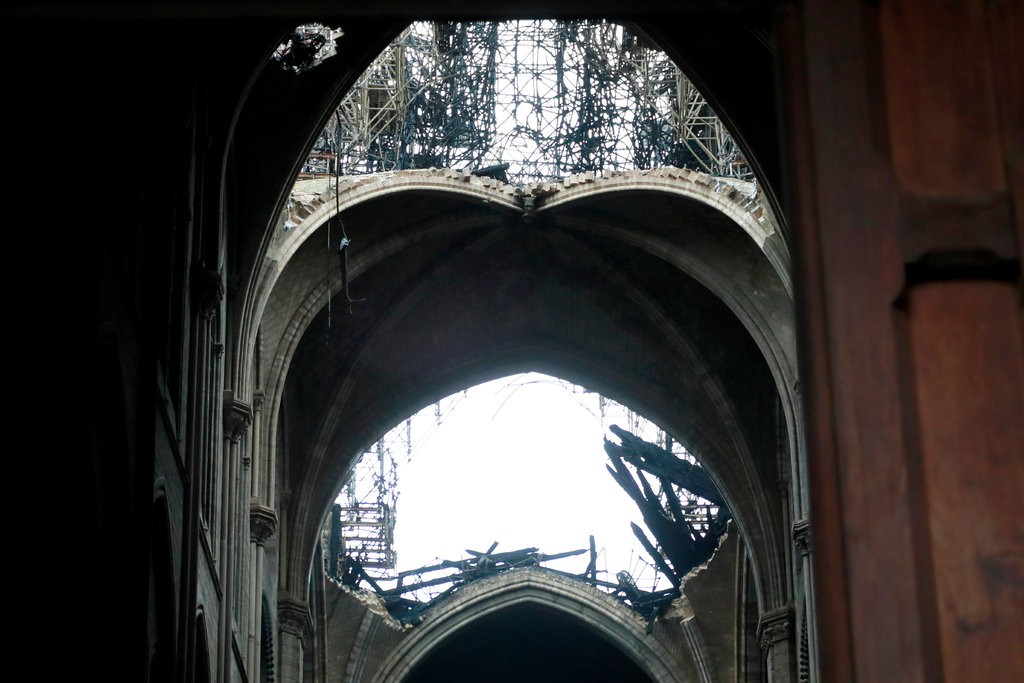 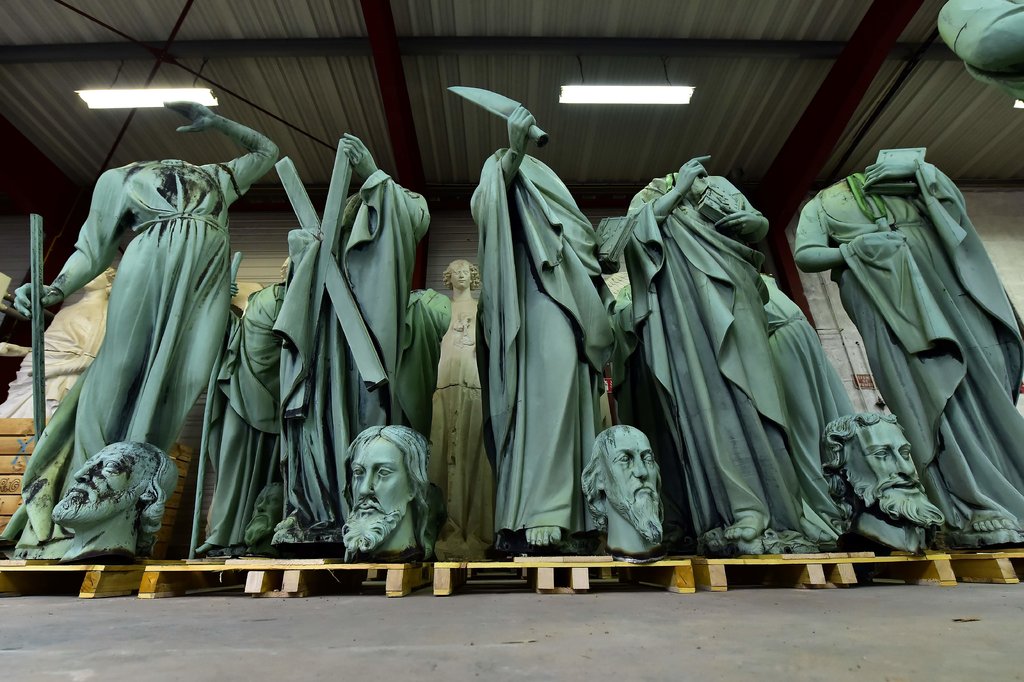 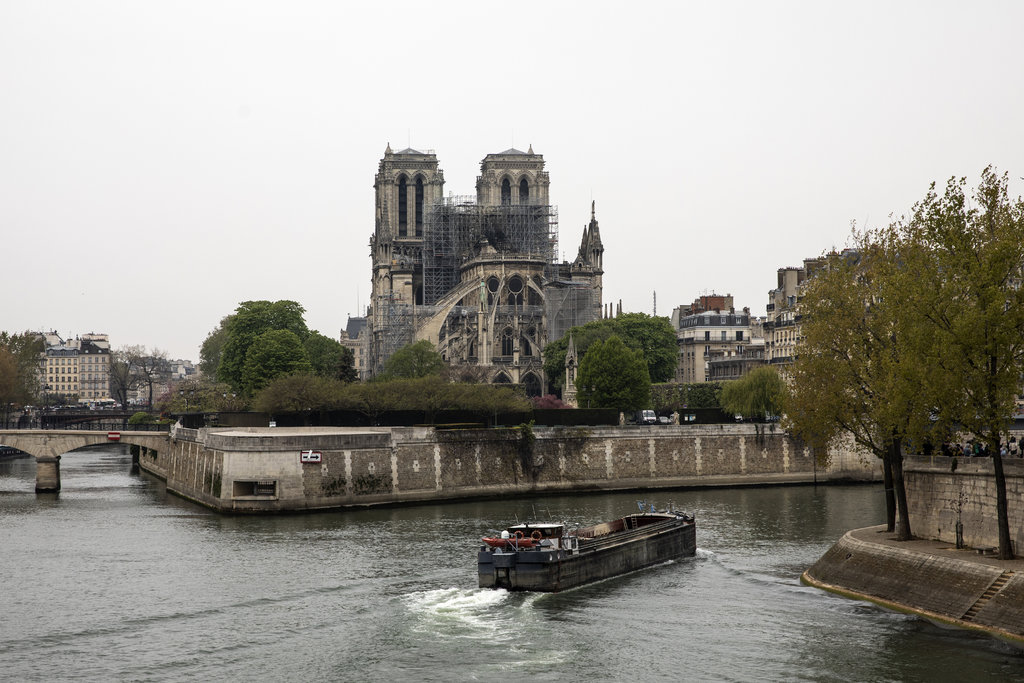