Doctors said a London man with HIV has become the second known adult in the world to be apparently cleared of the infection since the global epidemic began decades ago, giving hope for a potential cure for AIDS. Doctors said that recent tests showed no trace of the man’s previous HIV infection. The milestone came about three years after the man received bone marrow stem cells from an HIV-resistant donor and about a year and a half after coming off antiretroviral drugs. The patient was receiving the bone marrow transplant for cancer. The case offers hope that researchers will soon find a cure for AIDS. But doctors cautioned against calling the patient’s results a cure for HIV, the virus that causes AIDS. 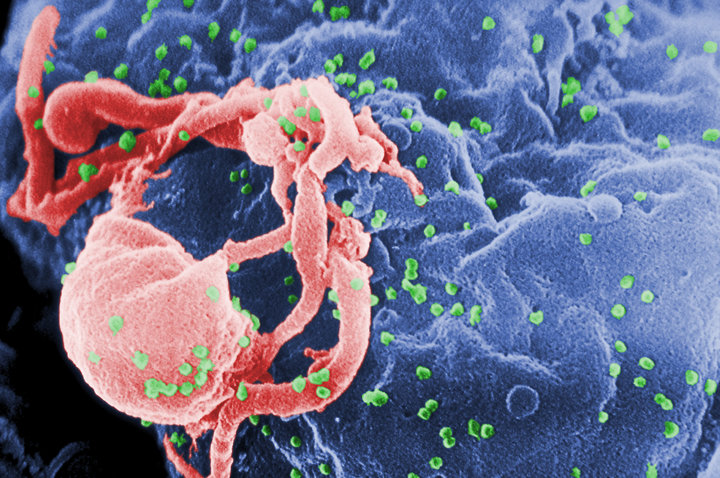 A Scanning Electron Micrograph of Multiple Round Bumps

of the HIV-1 Virus on a Cell Surface

Scientists have long tried to duplicate the procedure that led to the first long-term remission 12 years ago. With the so-called London patient, they seem to have succeeded. Ravindra Gupta, an HIV biologist who helped treat the man, told Reuters that his patient is “in remission” but warned that it’s “too early to say he’s cured.” The man has chosen to remain anonymous, with scientists referring to him as “the London patient.” The title is similar to the first known case of a cured HIV-positive patient. Timothy Brown, an American man, was known as “the Berlin patient” when he also received a bone marrow transplant for leukemia treatment in Germany 12 years ago. That transplant also appeared to clear his HIV infection.

After Brown’s case, scientists tried for 12 years to copy the result with other HIV-positive cancer patients. The London patient, who had Hodgkin’s lymphoma, is the first adult to be cleared of HIV since Brown. The decades-long HIV epidemic still persists in the United States and worldwide, with nearly 39,000 new diagnoses in the country in 2017. About 37 million people worldwide currently have HIV, and the AIDS virus has killed about 35 million since taking off in the 1980s. Scientists who have studied the London patient are expected to publish a report Tuesday in the journal Nature. They also plan to present details in Seattle at the Conference on Retroviruses and Opportunistic Infections, which began March 4, 2019.

A Colored Transmission Electron Micrograph of the H.I.V. Virus (Green)

Bone marrow transplants as an HIV cure is a treatment with harsh side effects, but The New York Times reported that scientists think giving patients similar HIV-resistant immune cells might do the trick. “This will inspire people that cure is not a dream,” Dr. Annemarie Wensing, a virologist at University Medical Center Utrecht, told the Times. “It’s reachable.” 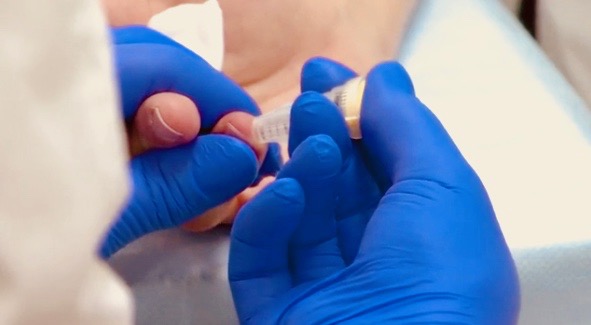 Once it became clear that Mr. Brown was cured, scientists set out to duplicate his result with other cancer patients infected with H.I.V.

In case after case, the virus came roaring back, often around nine months after the patients stopped taking antiretroviral drugs, or else the patients died of cancer. The failures left scientists wondering whether Mr. Brown’s cure would remain a fluke. Mr. Brown had had leukemia, and after chemotherapy failed to stop it, needed two bone-marrow transplants. The transplants were from a donor with a mutation in a protein called CCR5, which rests on the surface of certain immune cells. H.I.V. uses the protein to enter those cells but cannot latch on to the mutated version. Mr. Brown was given harsh immunosuppressive drugs of a kind that are no longer used, and suffered intense complications for months after the transplant. He was placed in an induced coma at one point and nearly died. 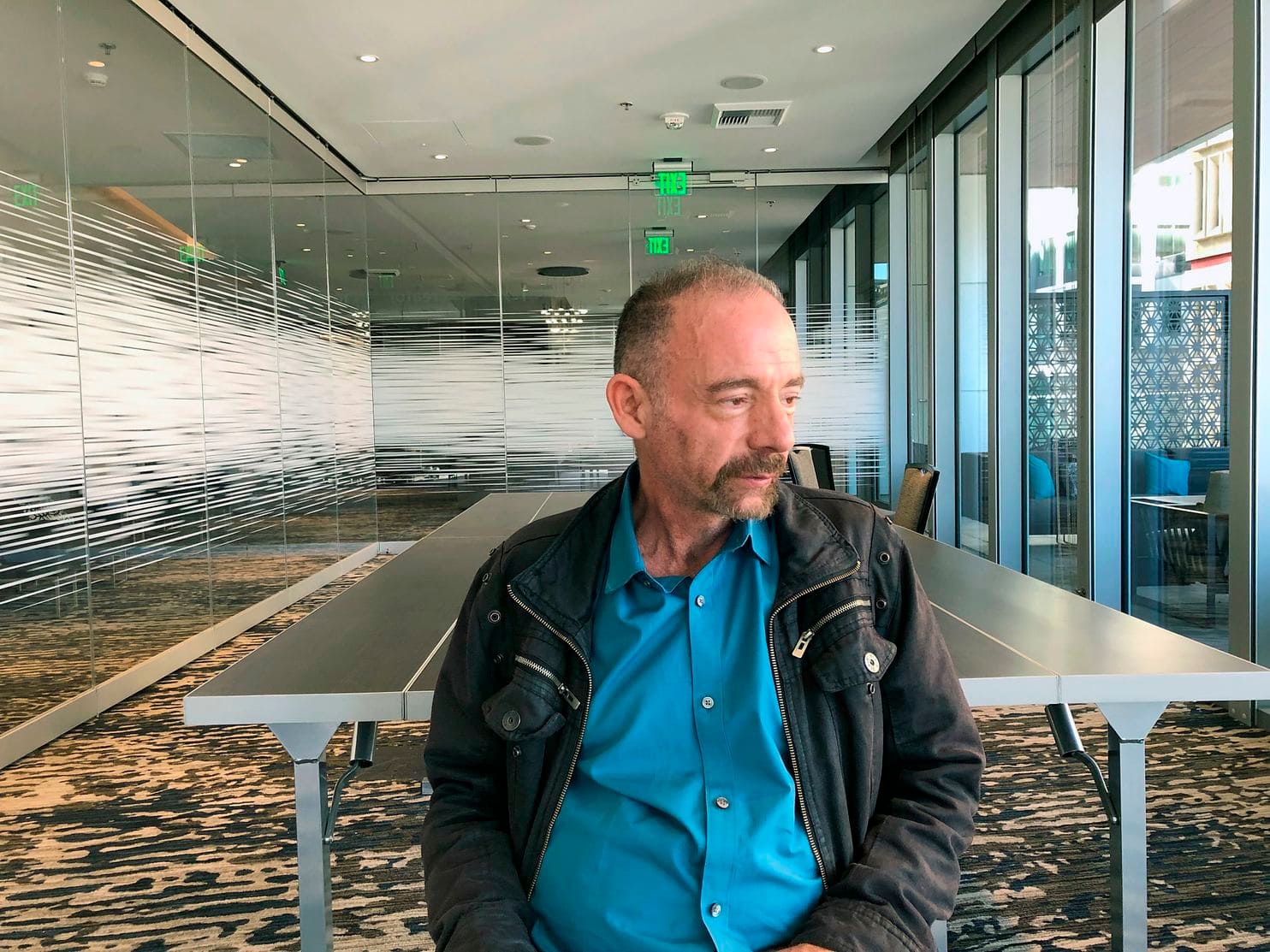 Timothy Ray Brown, the First Person to be Cured of H.I.V.

“He was really beaten up by the whole procedure,” said Dr. Steven Deeks, an AIDS expert at the University of California, San Francisco, who has treated Mr. Brown. “And so we’ve always wondered whether all that conditioning, a massive amount of destruction to his immune system, explained why Timothy was cured but no one else.” 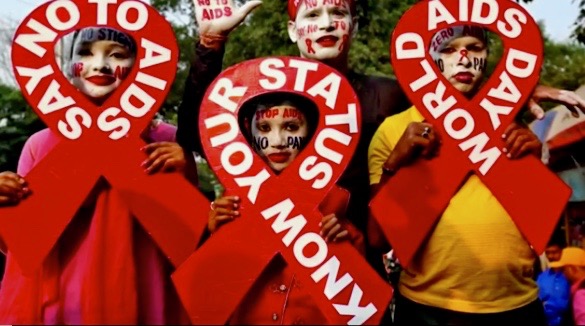 The London patient has answered that question: A near-death experience is not required for the procedure to work. He had Hodgkin’s lymphoma and received a bone-marrow transplant from a donor with the CCR5 mutation in May 2016. He, too, received immunosuppressive drugs, but the treatment was much less intense, in line with current standards for transplant patients. He quit taking anti-H.I.V. drugs in September 2017, making him the first patient since Mr. Brown known to remain virus-free for more than a year after stopping. 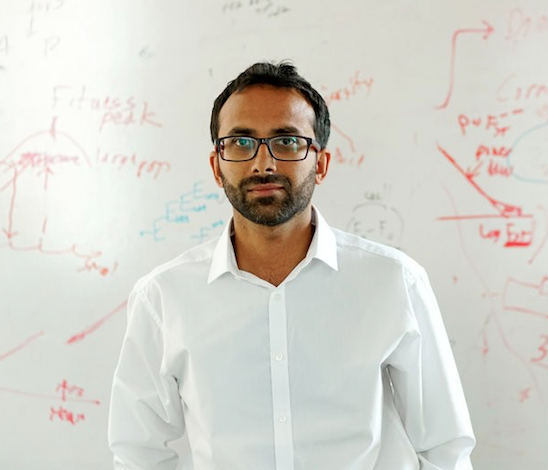 “I think this does change the game a little bit,” said Dr. Ravindra Gupta, a virologist at University College London who presented the findings at the Seattle meeting. “Everybody believed after the Berlin patient that you needed to nearly die basically to cure H.I.V., but now maybe you don’t.” Although the London patient was not as ill as Mr. Brown had been after the transplant, the procedure worked about as well: The transplant destroyed the cancer without harmful side effects. The transplanted immune cells, now resistant to H.I.V., seem to have fully replaced his vulnerable cells. Most people with the H.I.V.-resistant mutation, called delta 32, are of Northern European descent. IciStem maintains a database of about 22,000 such donors. So far, its scientists are tracking 38 H.I.V.-infected people who have received bone-marrow transplants, including six from donors without the mutation. 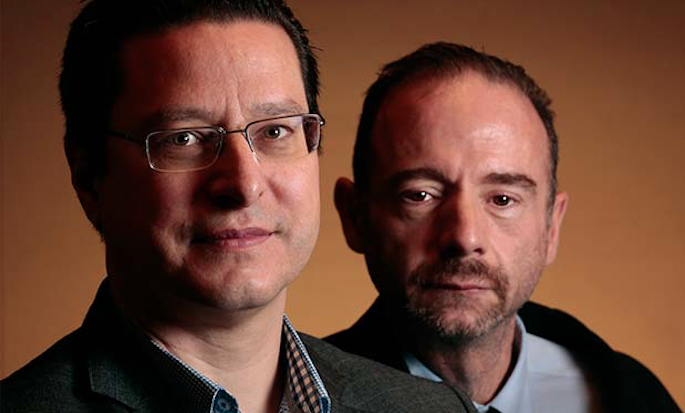 The London patient is 36 on this list. Another one, number 19 on the list and referred to as the “Düsseldorf patient,” has been off anti-H.I.V. drugs for four months. Details of that case is being presented at the Seattle conference. The consortium’s scientists have repeatedly analyzed the London patient’s blood for signs of the virus. They saw a weak indication of continued infection in one of 24 tests, but say this may be the result of contamination in the sample.

The most sensitive test did not find any circulating virus. Antibodies to H.I.V. were still present in his blood, but their levels declined over time, in a trajectory similar to that seen in Mr. Brown. None of this guarantees that the London patient is forever out of the woods, but the similarities to Mr. Brown’s recovery offer reason for optimism, Dr. Gupta said. “In a way, the only person to compare with directly is the Berlin patient,” he said. “That’s kind of the only standard we have at the moment.” “I think this does change the game a little bit,” said Dr. Ravindra Gupta, a virologist at University College London. 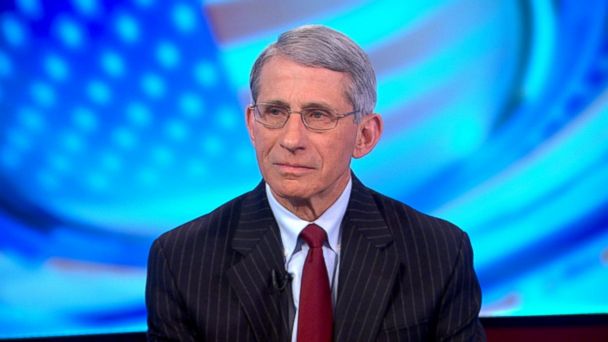 Dr. Anthony Fauci - Director of the National Institute of Allergy and Infectious Diseases

“I’m not sure what this tells us,” said Dr. Anthony Fauci, director of the National Institute of Allergy and Infectious Diseases. “It was done with Timothy Ray Brown, and now here’s another case — ok, so now what? Now where do we go with it?” One possibility, said Dr. Deeks and others, is to develop gene-therapy approaches to knock out CCR5 on immune cells or their predecessor stem cells. Resistant to H.I.V. infection, these modified cells should eventually clear the body of the virus. 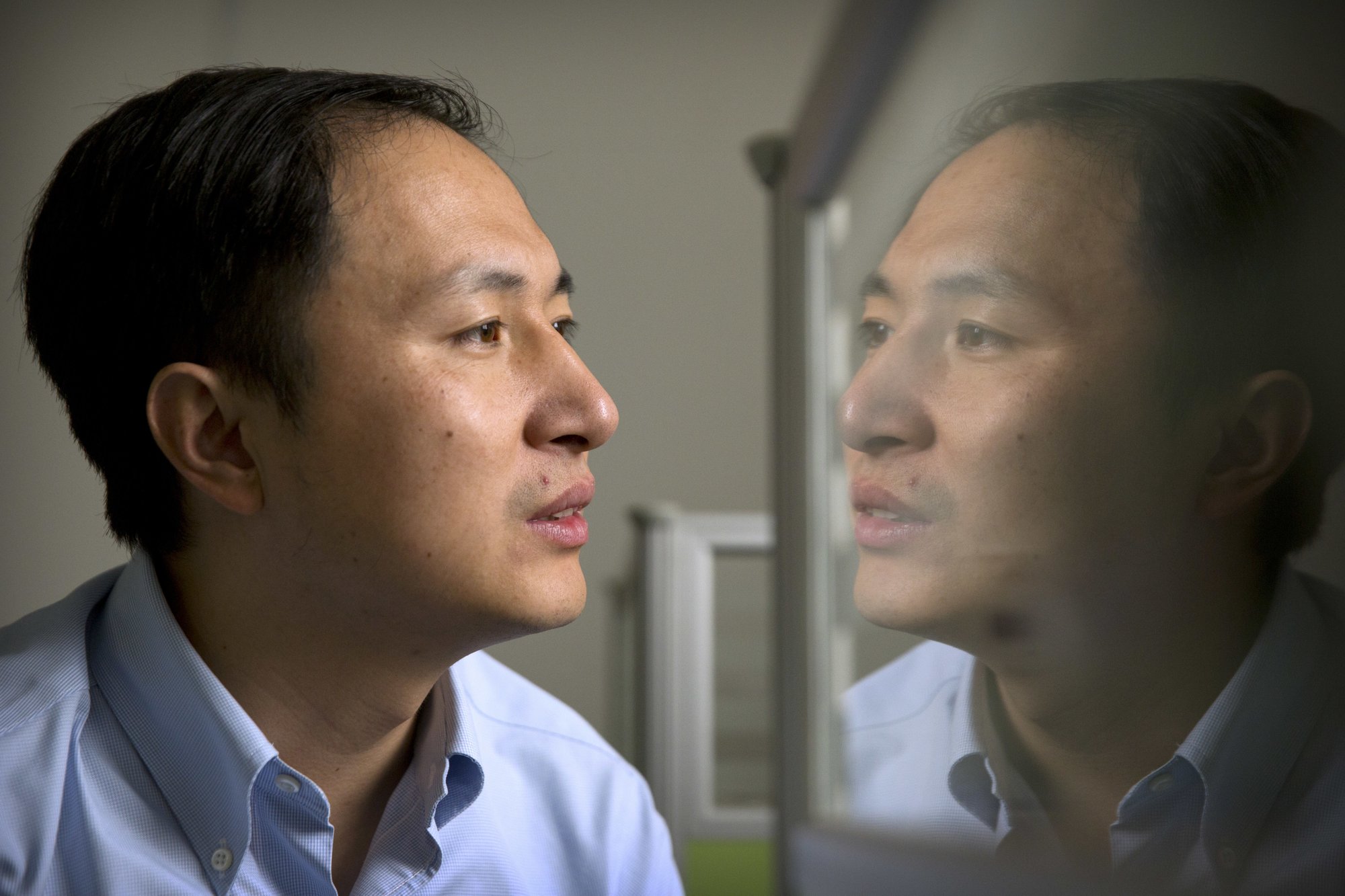 CCR5 is the protein that He Jiankui, a scientist in China, claimed to have modified with gene editing in at least two children, in an attempt to make them resistant to H.I.V. — an experiment that set off international condemnation. Several companies are pursuing gene therapies but have not yet been successful. The modification must target the right number of cells, in the right place — only the bone marrow, for example, and not the brain — and tweak only the genes directing production of CCR5. “There are a number of levels of precision that must be reached,” said Dr. Mike McCune, a senior adviser on global health to the Bill and Melinda Gates Foundation. “There are also concerns that you might do something untoward, and if so you might wish to have a kill switch.” 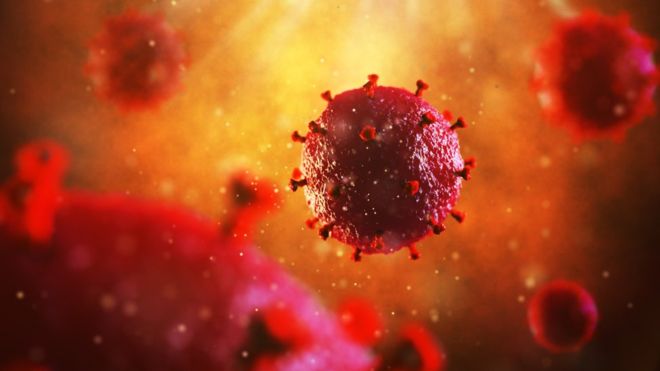 Several teams are working on all of these obstacles, Dr. McCune said. Eventually, they may be able to develop a viral delivery system that, when injected into the body, seeks out all CCR5 receptors and deletes them, or even a donor stem cell that is resistant to H.I.V. but could be given to any patient. “These are dreams, right? Things on the drawing table,” Dr. McCune said. “These dreams are motivated by cases like this — it helps us to imagine what might be done in the future.” One important caveat to any such approach is that the patient would still be vulnerable to a form of H.I.V. called X4, which employs a different protein, CXCR4, to enter cells. “This is only going to work if someone has a virus that really only uses CCR5 for entry — and that’s actually probably about 50 percent of the people who are living with H.I.V., if not less,” said Dr. Timothy J. Henrich, an AIDS specialist at the University of California, San Francisco. 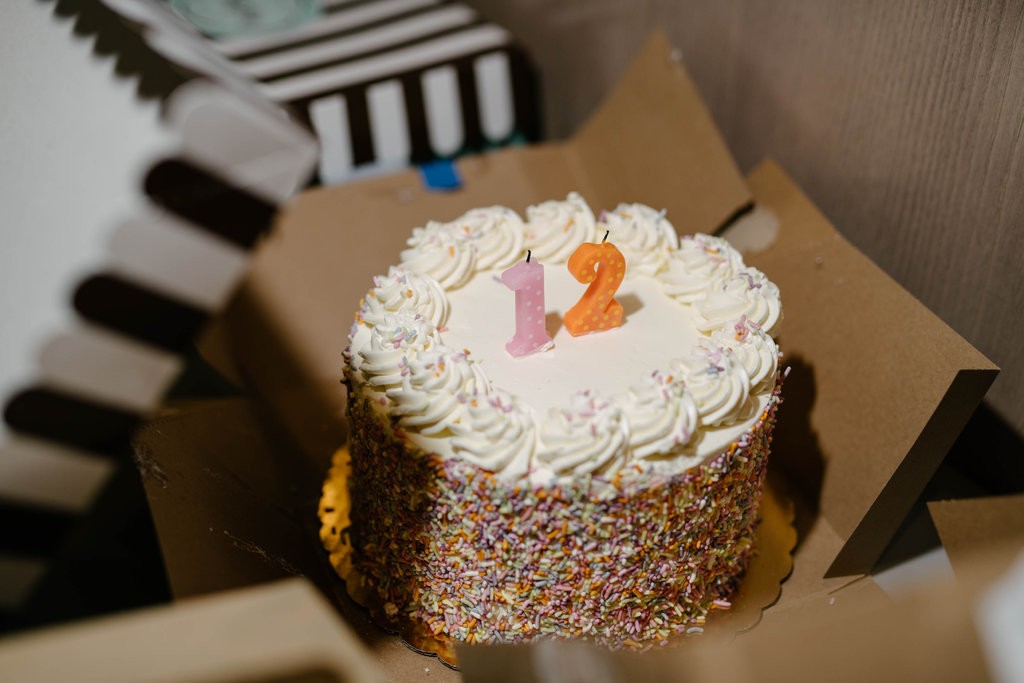 A Cake Presented to Mr. Brown Marking 12 Years Since he was Cured

Mr. Brown says he is hopeful that the London patient’s cure proves as durable as his own. “If something has happened once in medical science, it can happen again,” Mr. Brown said. “I’ve been waiting for company for a long time.” 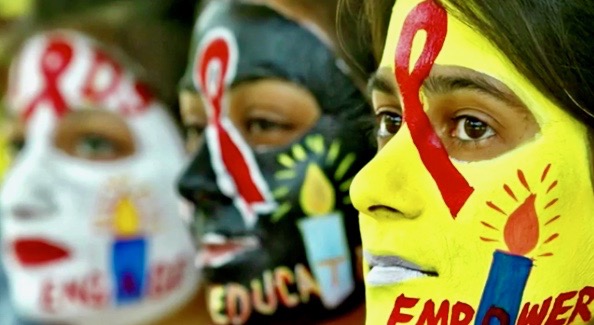