His was one of the most iconic faces in fashion. And his personal style – the uniform dark suits, matching shades and the ponytail – made Karl Lagerfeld instantly recognizable. But how will the German designer be remembered? He didn’t so much have a distinctive look or design as an impact that hit home. Today, fashion shows arguably have grown larger than the collections they showcase – and none of these shows were bigger than Lagerfeld’s spectacles at the Grand Palais in Paris.

“Nothing ‘defined his style’ because he was a chameleon who changed his colours according to the house for which he was designing,” Valerie Steele, director and chief curator of the Museum at the Fashion Institute of Technology, tells BBC Culture. “As he said once, he was Miss Chanel, Miss Fendi, Miss Chloé, (even, perhaps, Miss Lagerfeld) – with different styles for each.”

Lagerfeld worked for multiple fashion houses over the years, and at the time of his death at the age of 85, he was the creative director of both Chanel and Fendi, and also ran his own label. His career began in the 1950s, when, alongside another great, Yves Saint Laurent, he won a prestigious fashion award now known as the International Woolmark Prize. He soon became the assistant to one of the judges that year, Pierre Balmain, and his rise through the Paris fashion world continued with a series of legendary French brands, including the now defunct fashion arm of Jean Patou and Chloé. 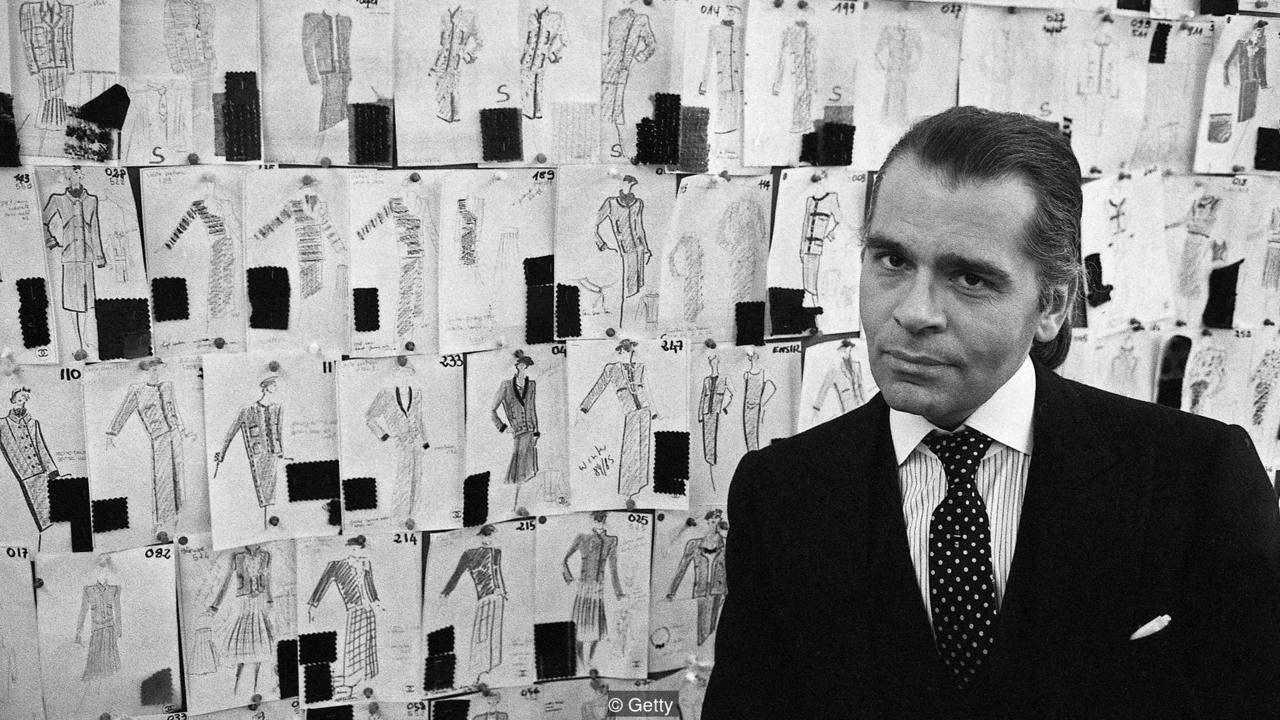 Karl Lagerfeld in 1984, a Year After he had Joined Chanel

where he Remained for Nearly 40 years (Credit: Getty)

Lagerfeld reached his peak serving as the creative director of Chanel – a role he continued for 36 years. Taking the reins just over a decade after the death of founder and namesake Coco Chanel, he revived the fading brand by introducing ready-to-wear and combining a nod to the house’s tweedy, sporty, women-in-trousers heritage, adding modern and even futuristic touches. But in the words of The New York Times fashion director and chief fashion critic Vanessa Friedman, it was not for creating his own silhouette - unlike some of his contemporaries. 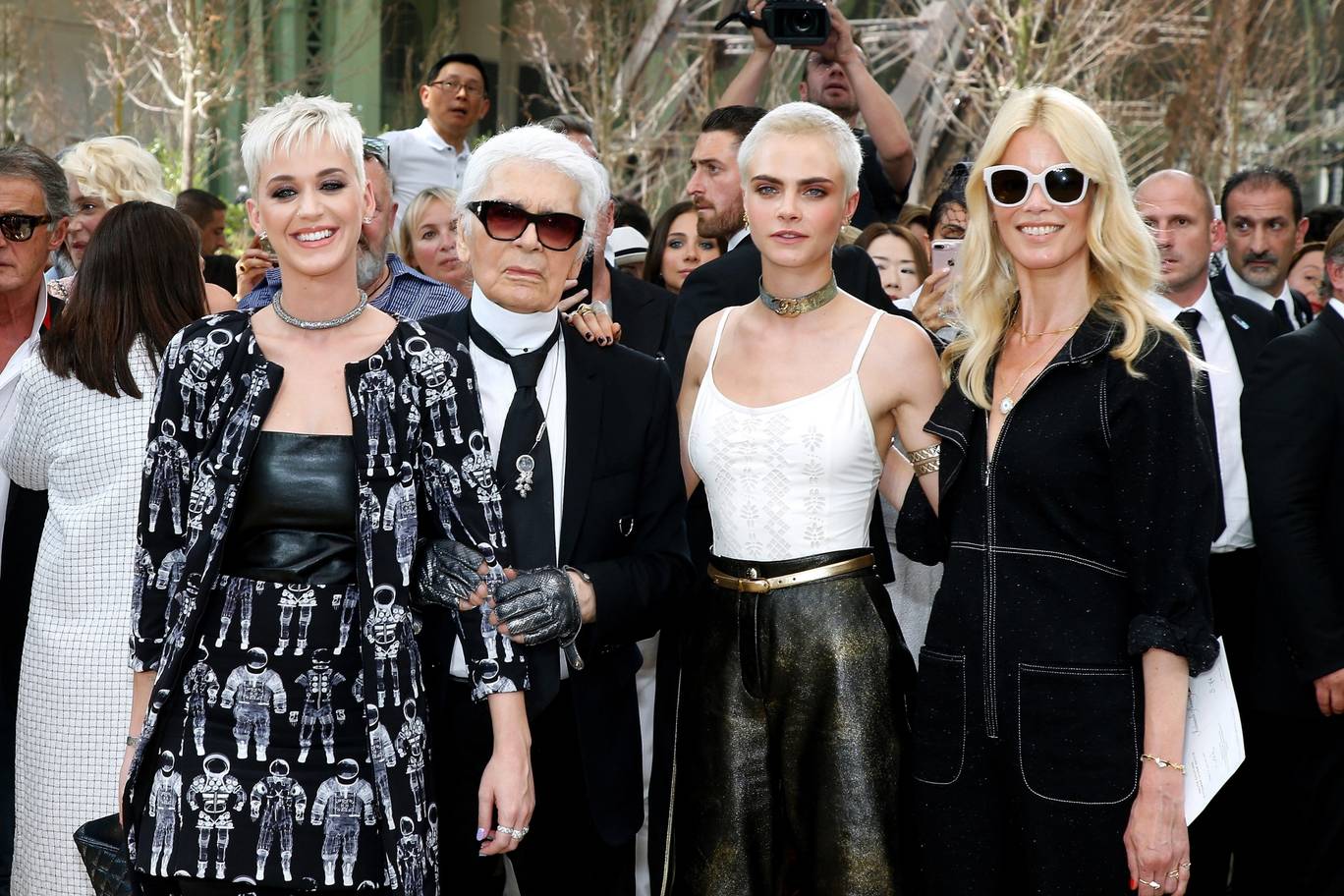 “He was variously referred to as a ‘genius’ the ‘Kaiser’ and ‘overrated’”, she wrote. “His contribution to fashion was not in creating a new silhouette, as designers like Cristobal Balenciaga, Christian Dior and Coco Chanel herself did. Rather, he created a new kind of designer: the shape-shifter. That is to say, the creative force who lands at the top of a heritage brand and reinvents it by identifying its sartorial semiology and then wresting it into the present with a healthy dose of disrespect and a dollop of pop culture.”
Here are some of Karl Lagerfeld’s iconic fashion moments. 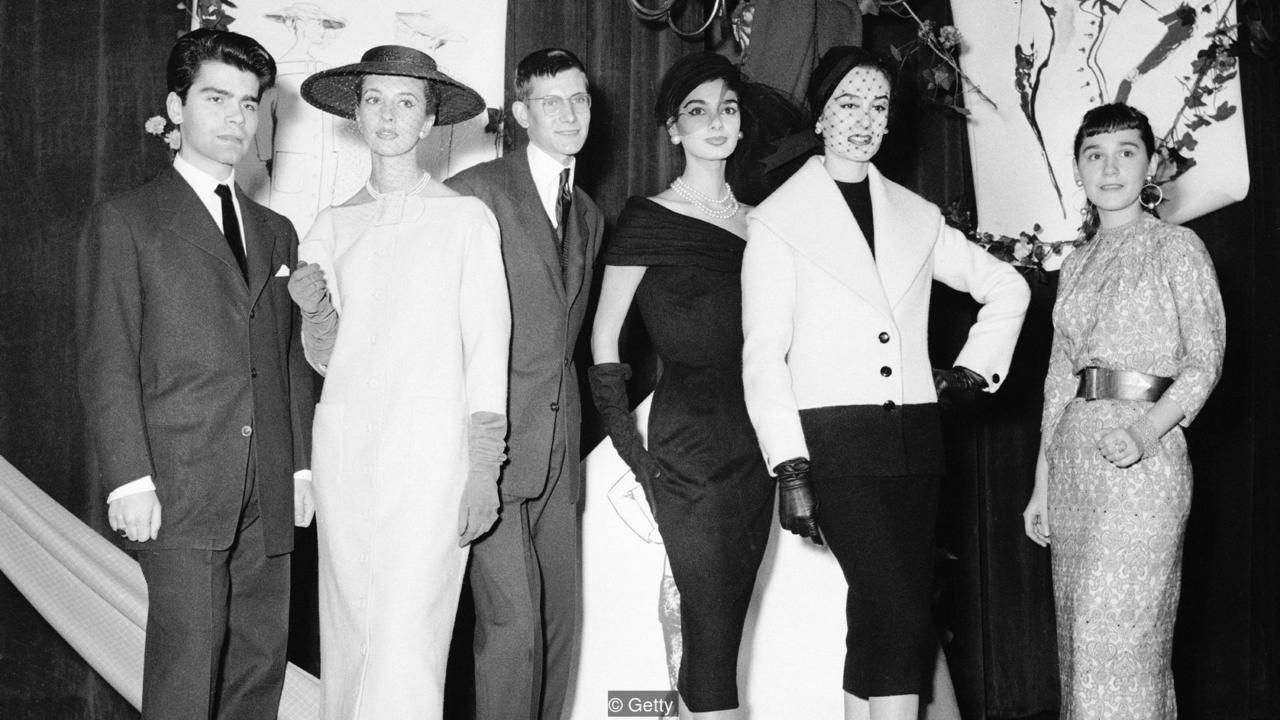 Unknown at that time, Karl Lagerfeld in 1954, launched his fashion career proper by winning a prestigious fashion prize organised by the International Wool Secretary. It got him his first job assisting judge and designer Pierre Balmain, and it also made him a great new friend, fellow winner, Yves Saint Laurent.  “Without Yves Saint Laurent and Karl Lagerfeld, the world of fashion is less colourful, seductive, inventive and, yes, brash and naughty. What a loss,” mutual friend of both designers Madison Cox tells BBC Culture. 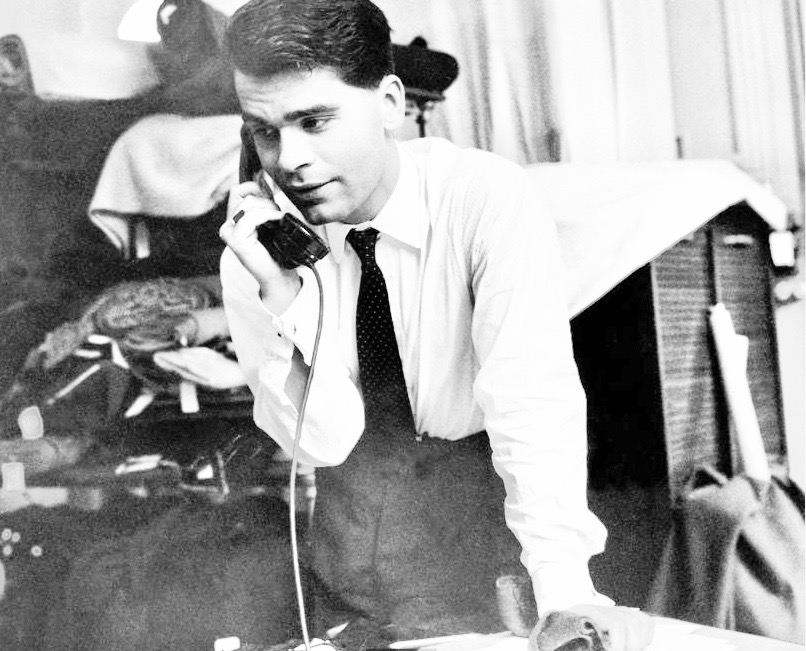 Mary Quant may have become famous for creating the mini skirt, but Karl Lagerfeld (shown here in 1960), caused controversy by creating the shortest skirts of the season for his then employer, the French brand Jean Patou. His early collections may have courted attention, but they were not always well received. His first collection for the brand Curiel in 1969 was described by one critic as having “drippy, drapey elegance.” 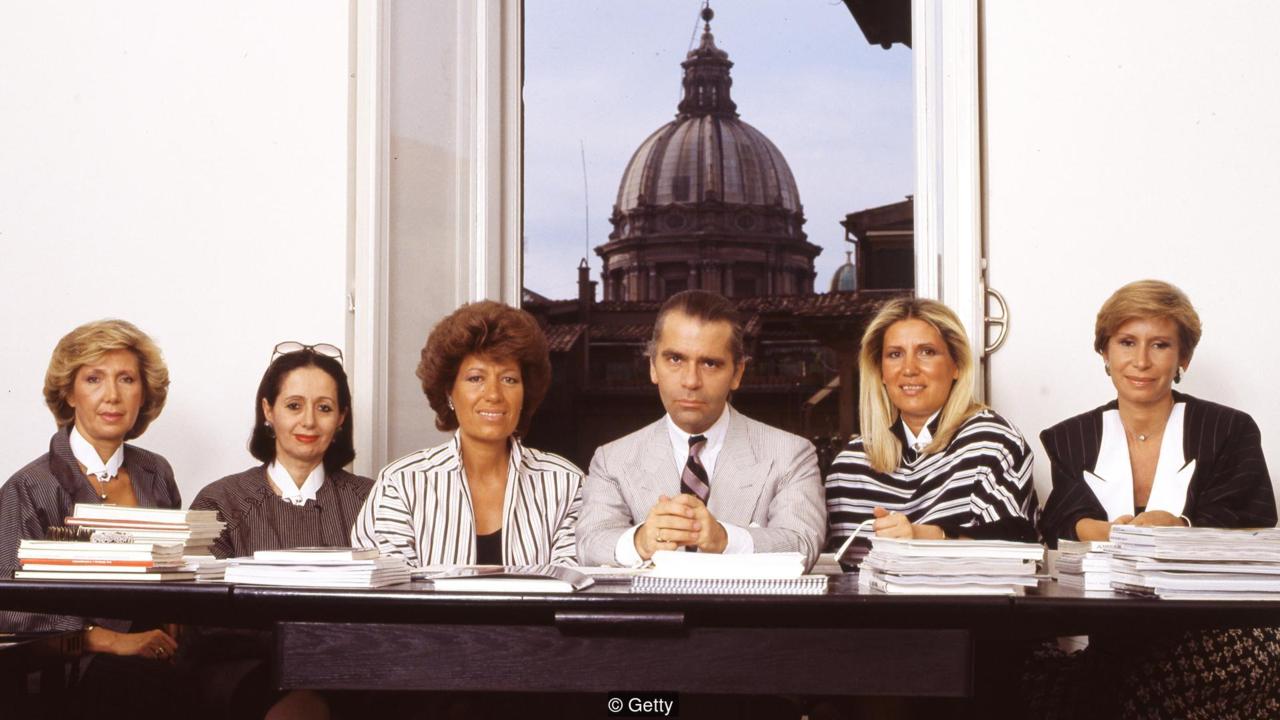 Karl Lagerfeld in 1993 with the Five Fendi Sisters, Heads of the

More controversy, when Lagerfeld’s Spring collection for Fendi in1993 used an Italian adult entertainment star to model his black-and-white collections. American Vogue Editor Anna Wintour walked out of the Milan show when Moana Pozzi appeared as a model. The pair subsequently reconciled, and Wintour later presented Lagerfeld with the Neiman Marcus Award for Distinguished Service in the Field of Fashion. She called him “a kind, loyal and constant friend”. 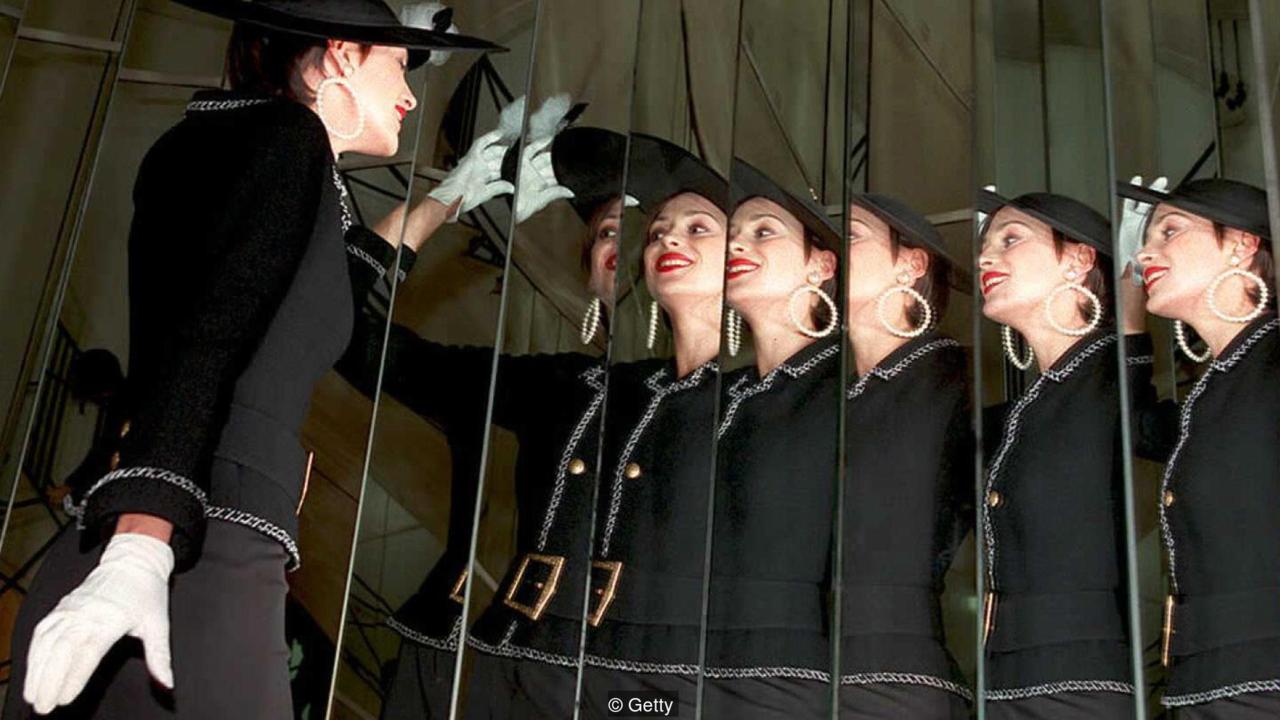 An entire book has been written on the re-designing and styling Chanel’s iconic black jacket. And Lagerfeld’s reworking of the jacket will be one of the revamps he will remain best known for during his time at the label. In the book, The Little Black Jacket, Lagerfeld and French fashion editor Carine Roitfeld joined forces to present 21 photographs of celebrities, styled by Roitfeld, wearing the legendary garment.

Wedding with a Twist (Credit: Getty)

In January 2013, Lagerfeld closed his traditional haute couture show with the customary wedding dress, but worn by two women holding hands to show his support of same sex marriage, specifically referencing a controversial French marriage law that had led protesters to take to the streets of Paris. Lagerfeld’s ‘wedding-with-a-twist theme’ for the couture show was set inside a forest of trees planted inside the Grand Palais. 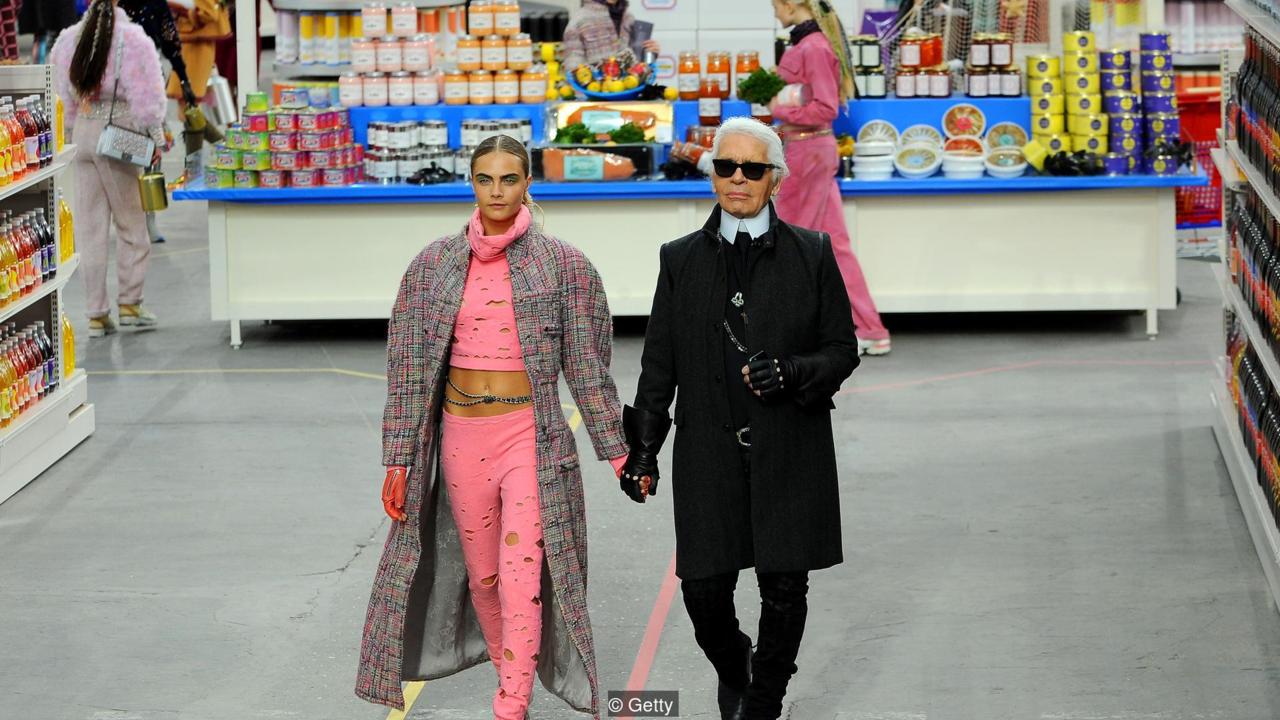 Lagerfeld was known for creating epic fashion shows inside the Grand Palais for Paris Fashion Week. One of the most memorable in recent memory was the Womenswear Autumn/Winter 2014-2015 catwalk, when he turned the Grand Palais into a Chanel-themed supermarket. It was his way of making luxury seem more compatible with everyday life. 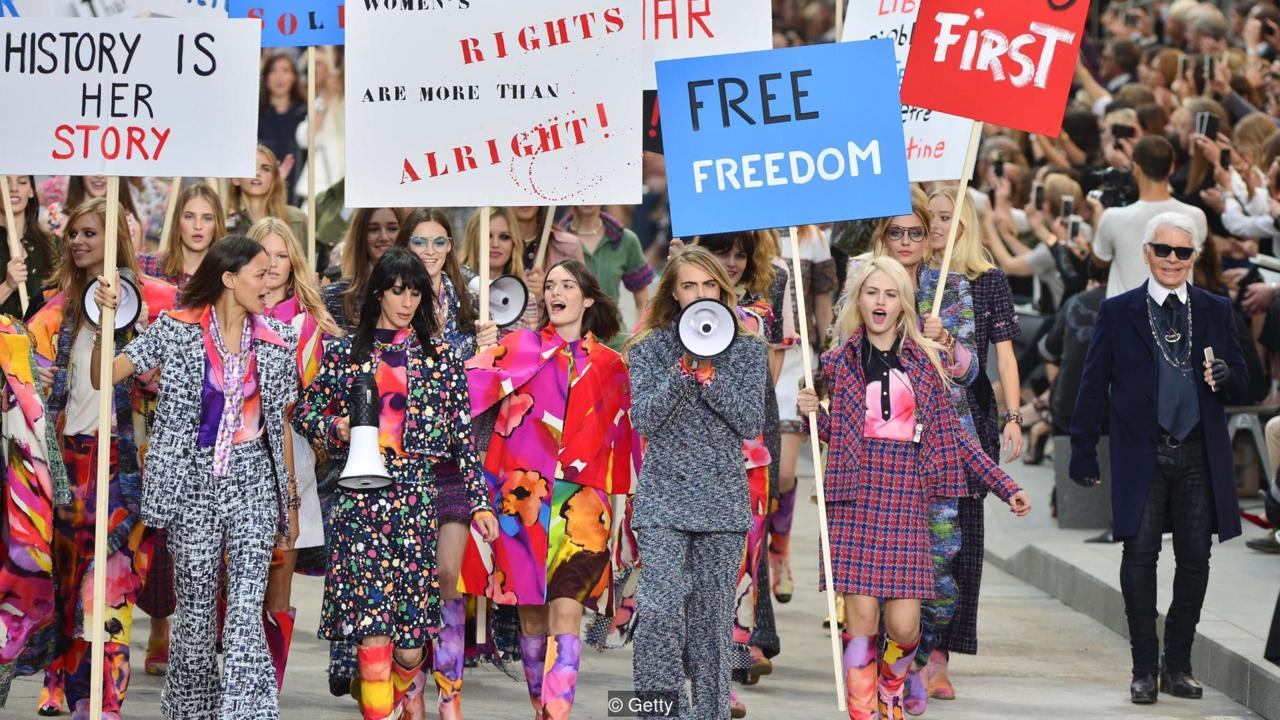 Lagerfeld often embraced the zeitgeist with his collections. His Spring/Summer 2015 womenswear show reflected on feminism and protest, with models marching through the Grand Palais bearing placards. Their slogans included ‘History is Her Story’ and ‘Ladies First’. 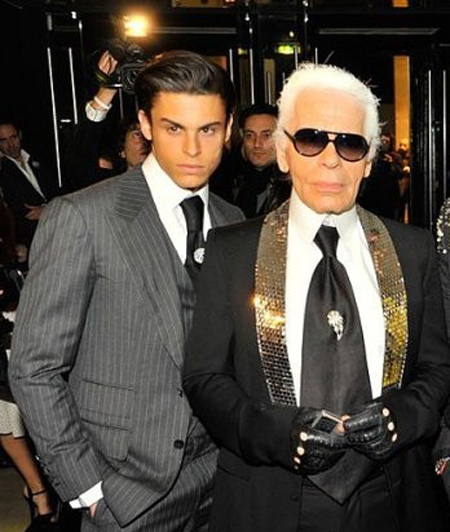 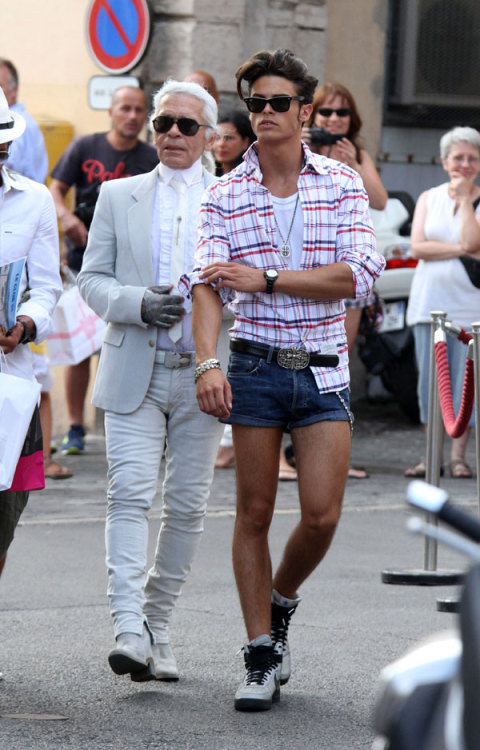 To say that Choupette was a “gift” is a bit of an overstatement. The true story is that she used to belong to the French model Baptiste Giabiconi. But Lagerfeld cared for her for two weeks while Giabiconi was traveling, and when he returned, Lagerfeld informed him that the cat was regrettably no longer his. Since then, their love story has been one for the ages. 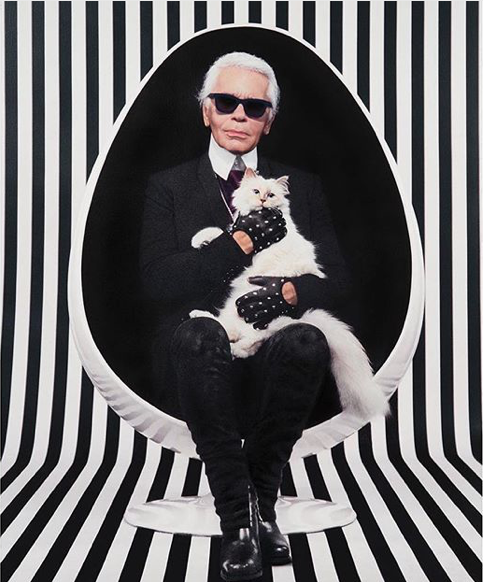 If you don’t already know, Choupette was Lagerfeld’s eight-year-old, white-haired Birman cat, and the two were virtually inseparable since he acquired her around Christmas in 2011 to his death. In fact, in a 2013, Lagerfeld even said he would marry her if he could. “There is no marriage, yet, for human beings and animals. I never thought that I would fall in love like this with a cat,” Lagerfeld said.

Architectures is an art collection of functional sculptures designed by Karl Lagerfeld and inspired by Antiquity, referred to as the origin of beauty, culture and modernity by the designer.Evoking a contemporary architectural landscape with Greek origins, the unique pieces combine the precision of canonical proportions born from the use of the golden ratio and the most noble material, marble. 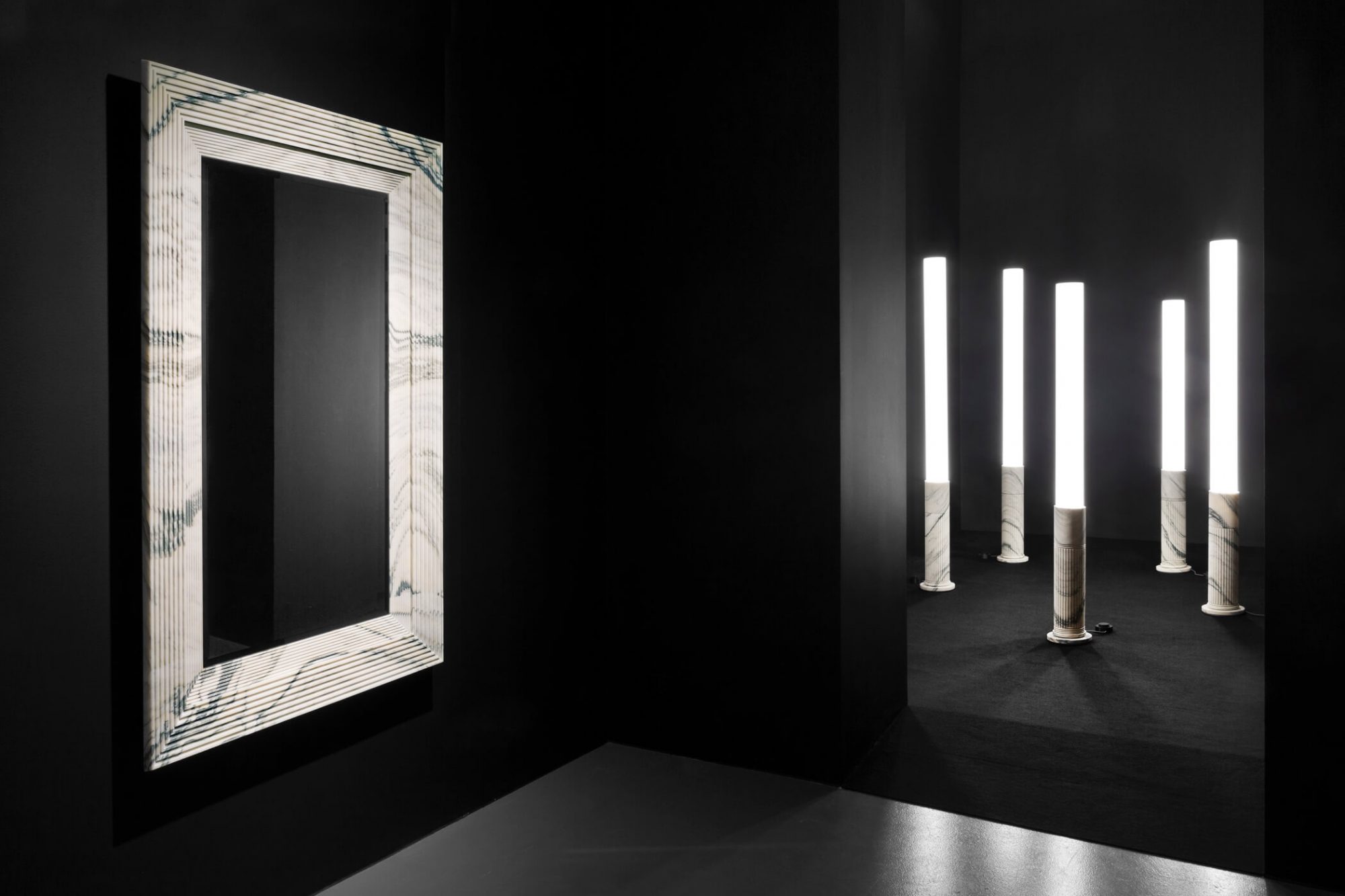 The ensemble of gueridons, tables, lamps, consoles, fountains and mirrors materialize the perfect balance of classical foundations with a present-day vibe, like a modern mythology. 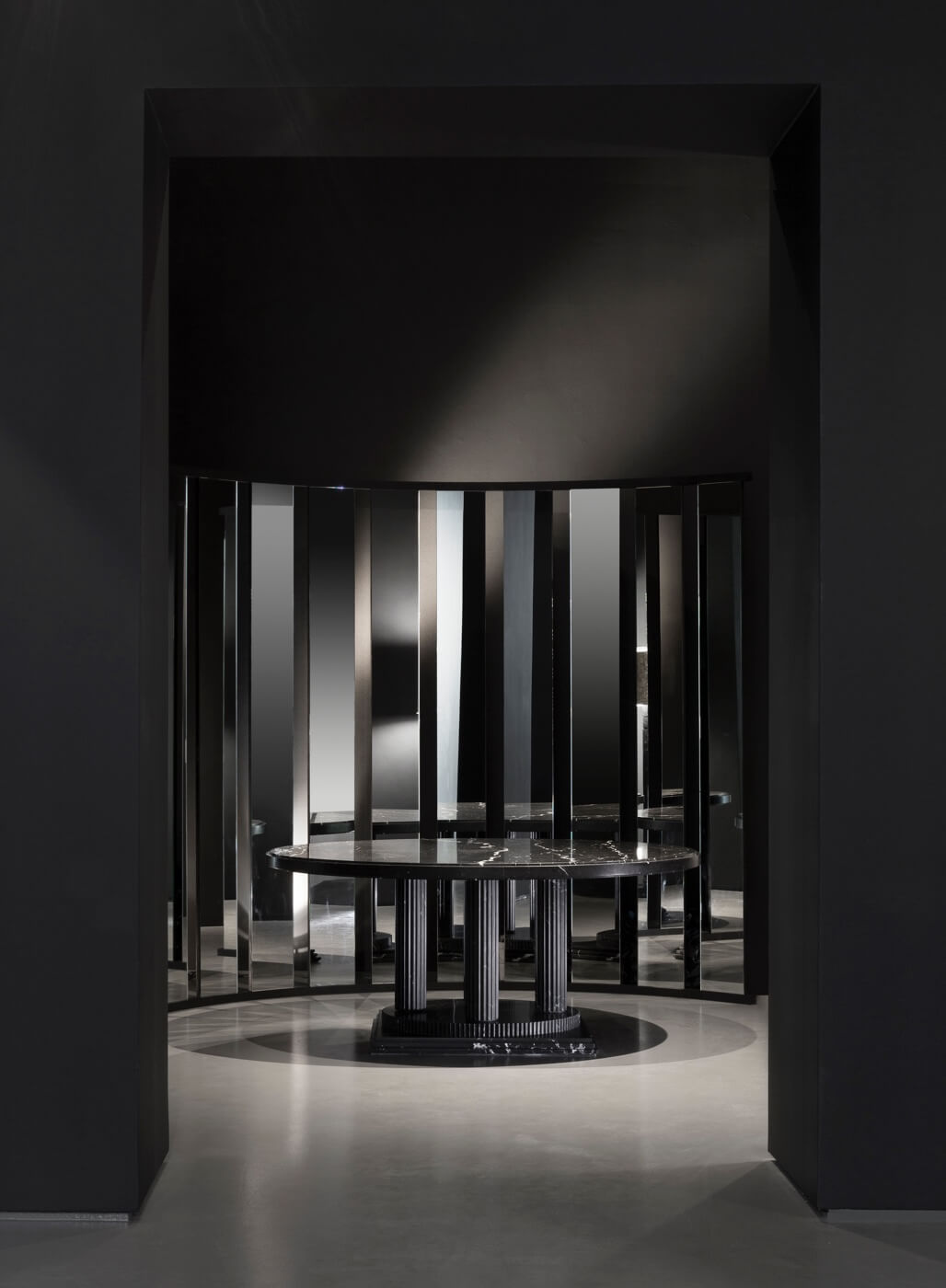 Each piece is carved from a carefully selected marble block, the Arabescato Fantastico, a rare vibrant white marble with dark grey veins which has not been quarried for more than thirty years, or black Nero Marquina marble, curated for its brush stroke-like, milky white veins. The combination of the material uniqueness with the timeless designs makes every piece exclusive.