Spectacular Viking Festival Comes to an End with Burning of Longboat

On Tuesday, Jan 28, 2020 Europe’s biggest fire festival Up Helly Aa lit up the sky as Lerwick, in far nothern Scotland's Shetland islands, celebrated the Vikings who once ruled there. The event takes place annually on the last Tuesday of every January, and now attracts visitors from all around the world. While it starts with a morning parade through the snow, it’s at night that the festival is at its most enchanting, and when its strange costumes and customs come alive. 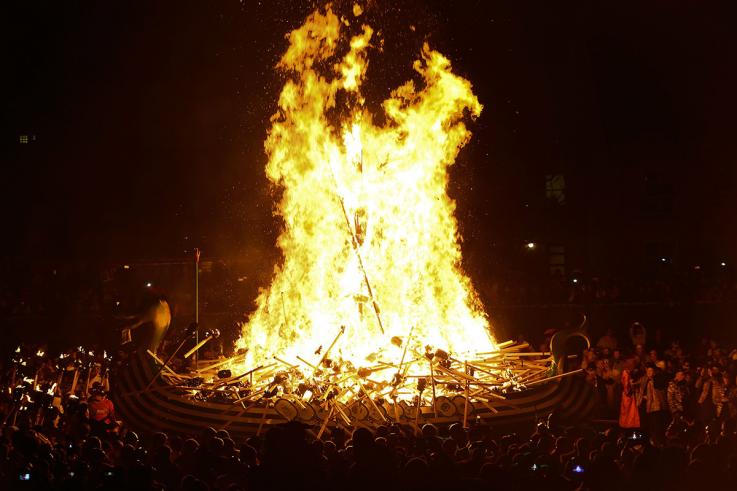 A Replica Viking Longboat is set Alight During the Up Helly a festival in Lerwick, Shetland Islands, far Northern Scotland

Each year, kerosense-soaked torches are held aloft as men donning traditional Viking attire—shields, helmets, capes—parade through watching crowds. The celebration culminates in the ceremonious burning of an enormous replica Viking ship. But alas, only the “Guizer Jarl and his Jarl Squad” (that is, the official “Vikings for the day”), are allowed to participate in this climactic fire. 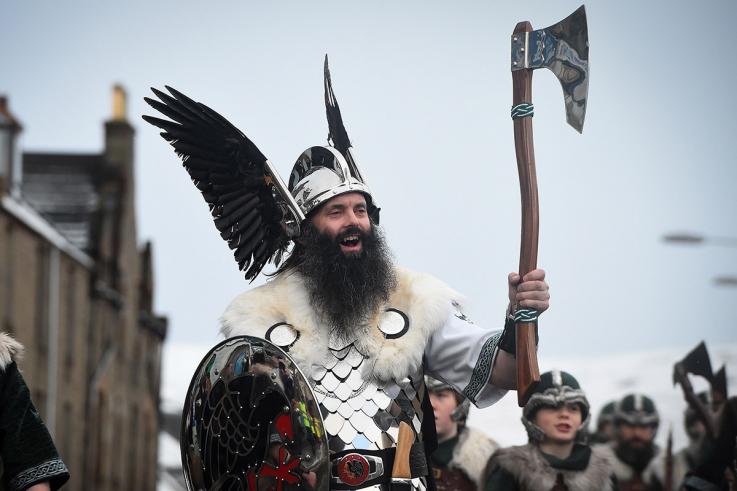 Vikings ruled the Shetland islands over a 1,000 years ago, after invasions that began around 800 A.D. The so-called “Viking Age” in European history is typically drawn from around that time until 1066, but Shetland was ruled by the Norse until as late as the 15th century, when the islands were annexed into Scotland. 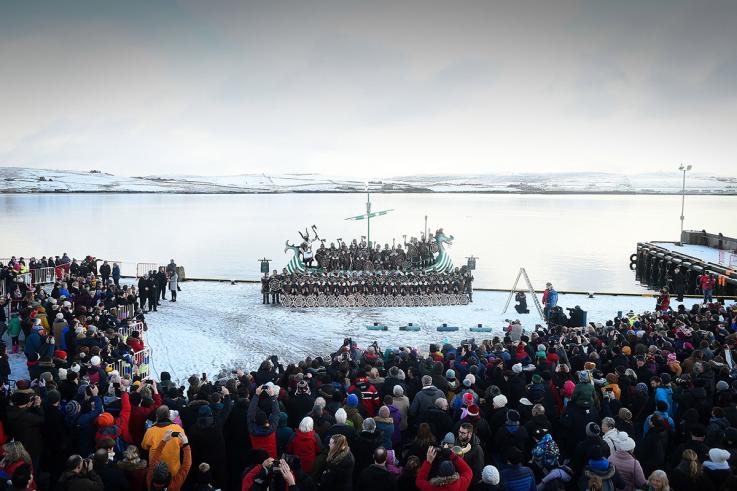 It was only much later, however, in the 19th century, that the first seeds of the island’s modern-day Viking Festival were lain. “Around 1870 a group of young men in the town with intellectual interests injected a series of new ideas into the [town’s celebrations],” the Up Helly Aa website explains. “First, they improvised the name Up-Helly-Aa, and gradually postponed the celebrations until the end of January. 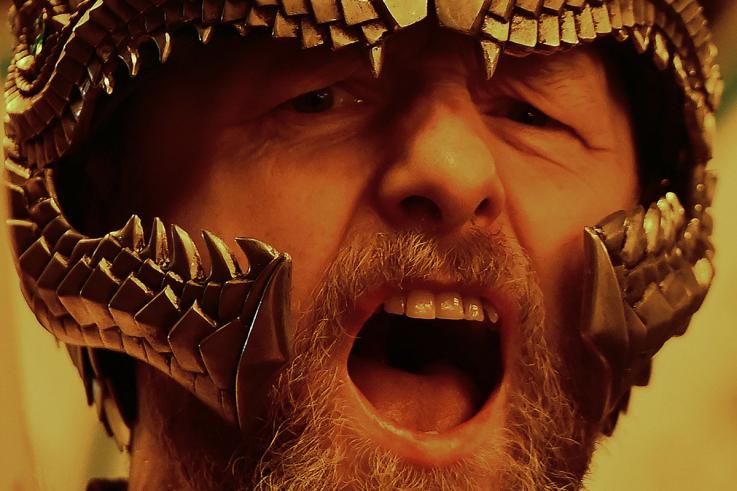 Secondly, they introduced a far more elaborate element of disguise—‘guizing’—into the new festival.” Lerwick, the town where the festival always takes place, never really looked back.

The Guizer Jarl, or chief guizer, now gets the honor of choosing the colour of the ship, and the procession can realistically claim to be “world famous.” 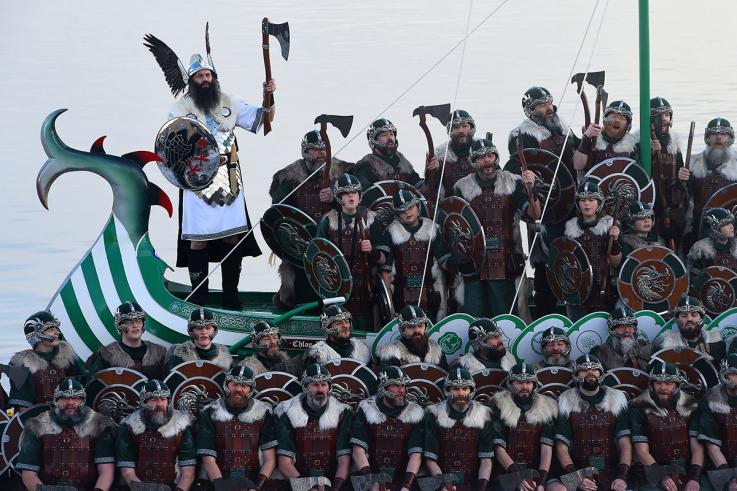 For all the festival's enduring success, however, along with the alluring popularity of its archaic rituals, there are growing calls that Up Helly Aa needs an update. Women are not allowed to take part in the procession, and a movement is growing on the island to overturn this convention. 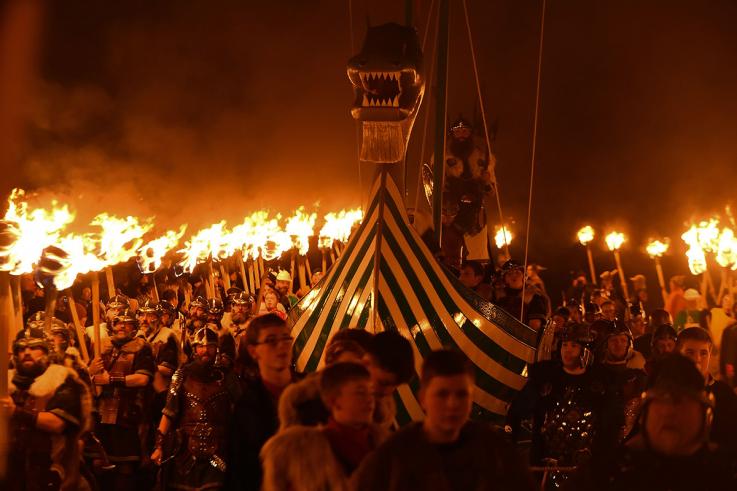 In August 2018, a group of four women became the first to attempt to register for the male dominated event. They called their group #MeToo, hoping to capitalize on the global movement empowering women. Their application was rejected. 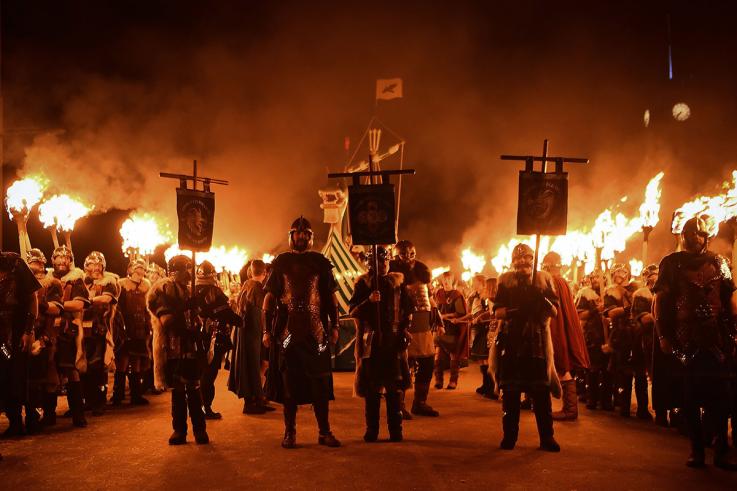 Lerwick is used to gale force winds, and it is one of the festival’s claims to fame that “there will be no postponement for weather,” regardless of the conditions. But how it copes with these winds of change remains to be seen.