For Nearly 100 Years, Macy's Thanksgiving Parade has Been a Favorite of Children

To commemorate the multicultural harvest feast of 1621 at Plymouth Rock, about three million New Yorkers and visitors annually station themselves on freezing late-November streets to watch giant inflatable branded cartoon characters, all promoting a department store that filed for bankruptcy protection more than 25 years ago. Something like that. More than 40 million people watch it on television. Even compared to eating turkey, a dish that few people truly make well, the Macy’s Thanksgiving Day Parade, now in its 92nd year, is a bit of a head-scratcher. See historic photographies from the New York Times coverage. 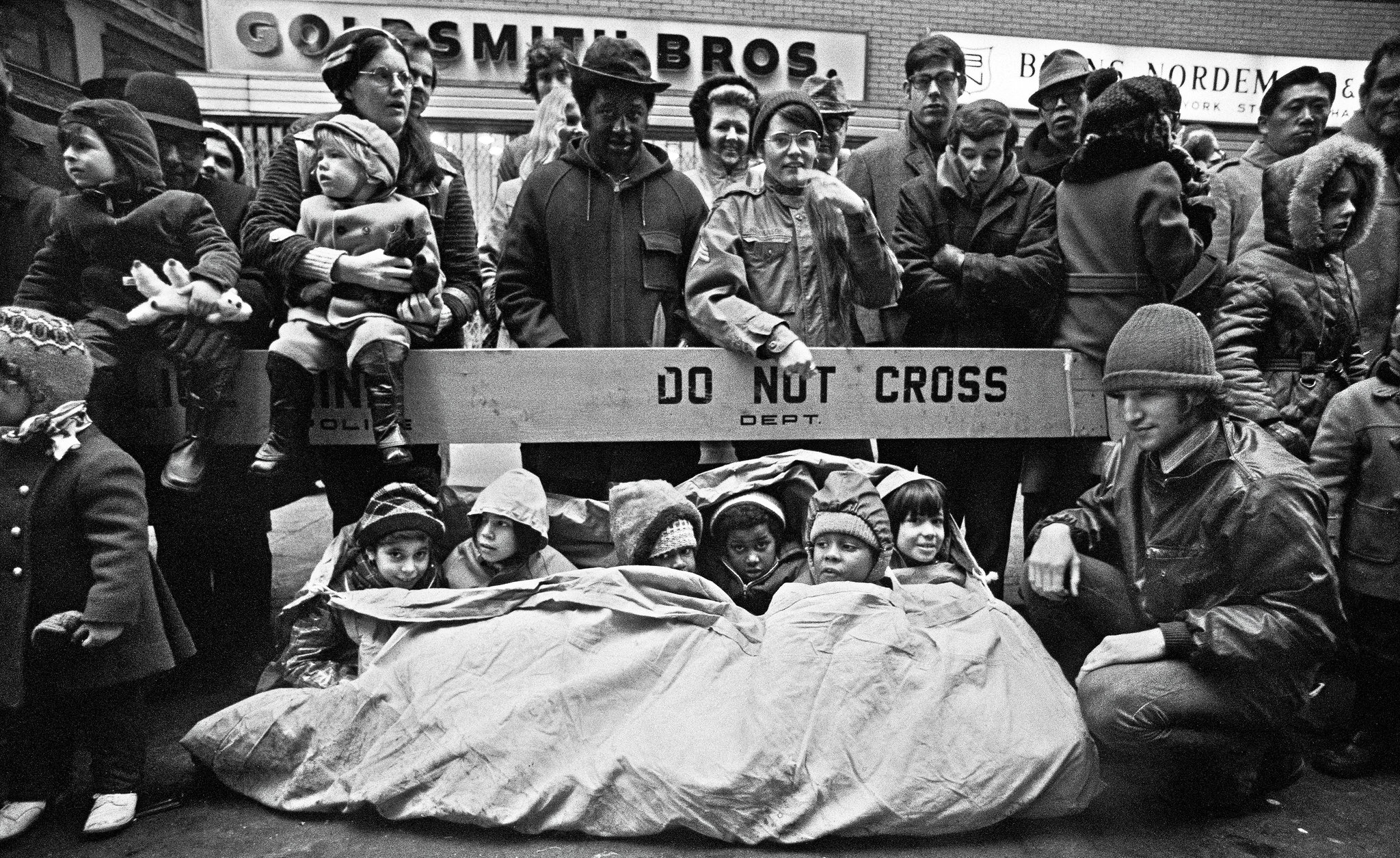 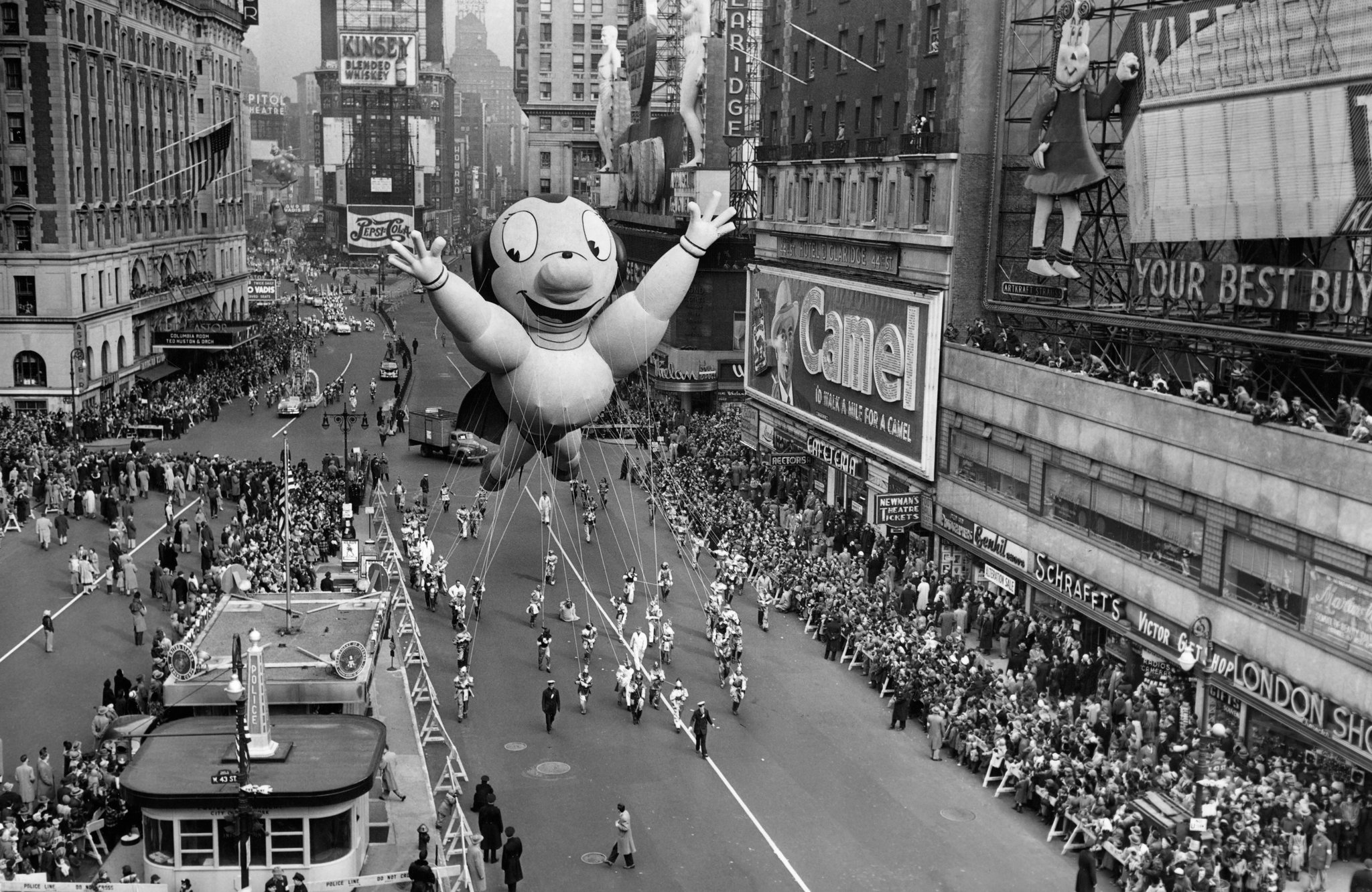 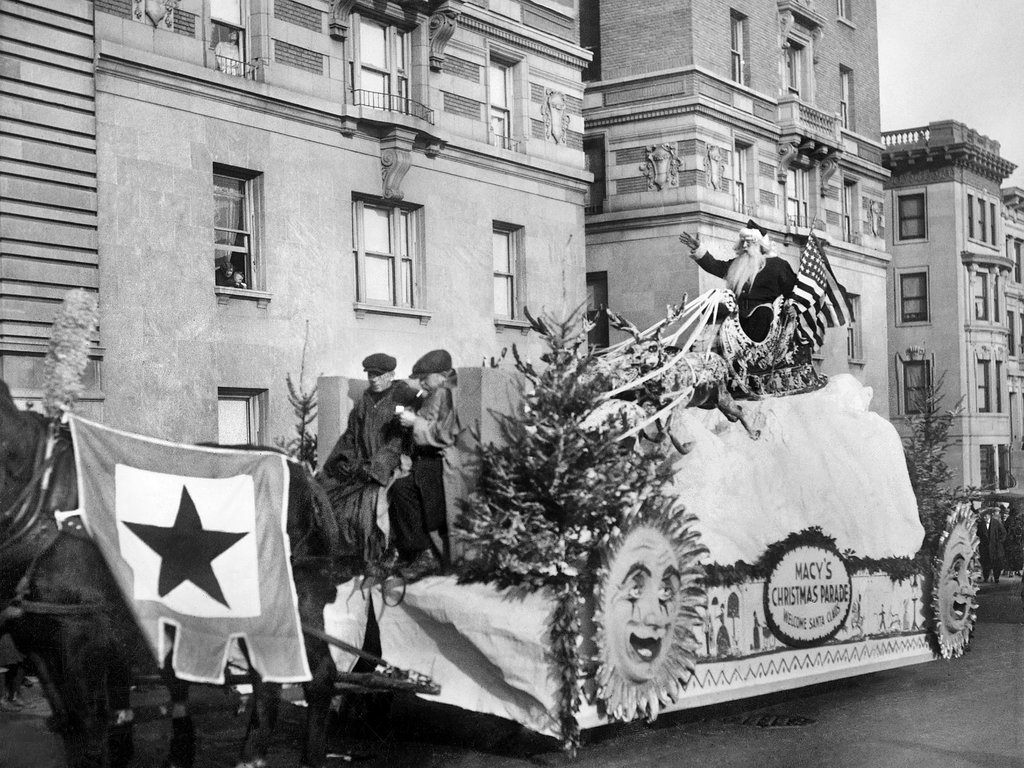 Santa Claus Riding Through the First Macy’s Thanksgiving Day Parade — or Macy’s Christmas Parade, as it was Originally Called — on Nov. 27, 1924

But New Yorkers do love a parade, and where New Yorkers gather, New York Times photographers follow. They are the people who watch the people who watch the inflatable Snoopy or Betty Boop. What they find is not so much collective gratitude, as the holiday is meant to foster, but collective wonder. Look, there’s Kermit the Frog or SpongeBob SquarePants, bigger even than the King Kong on Broadway. The season’s public assemblies to come — Black Friday sales, SantaCon and the New Year’s Eve ball drop in Times Square — are largely adult affairs, but the Thanksgiving parade belongs to the children. 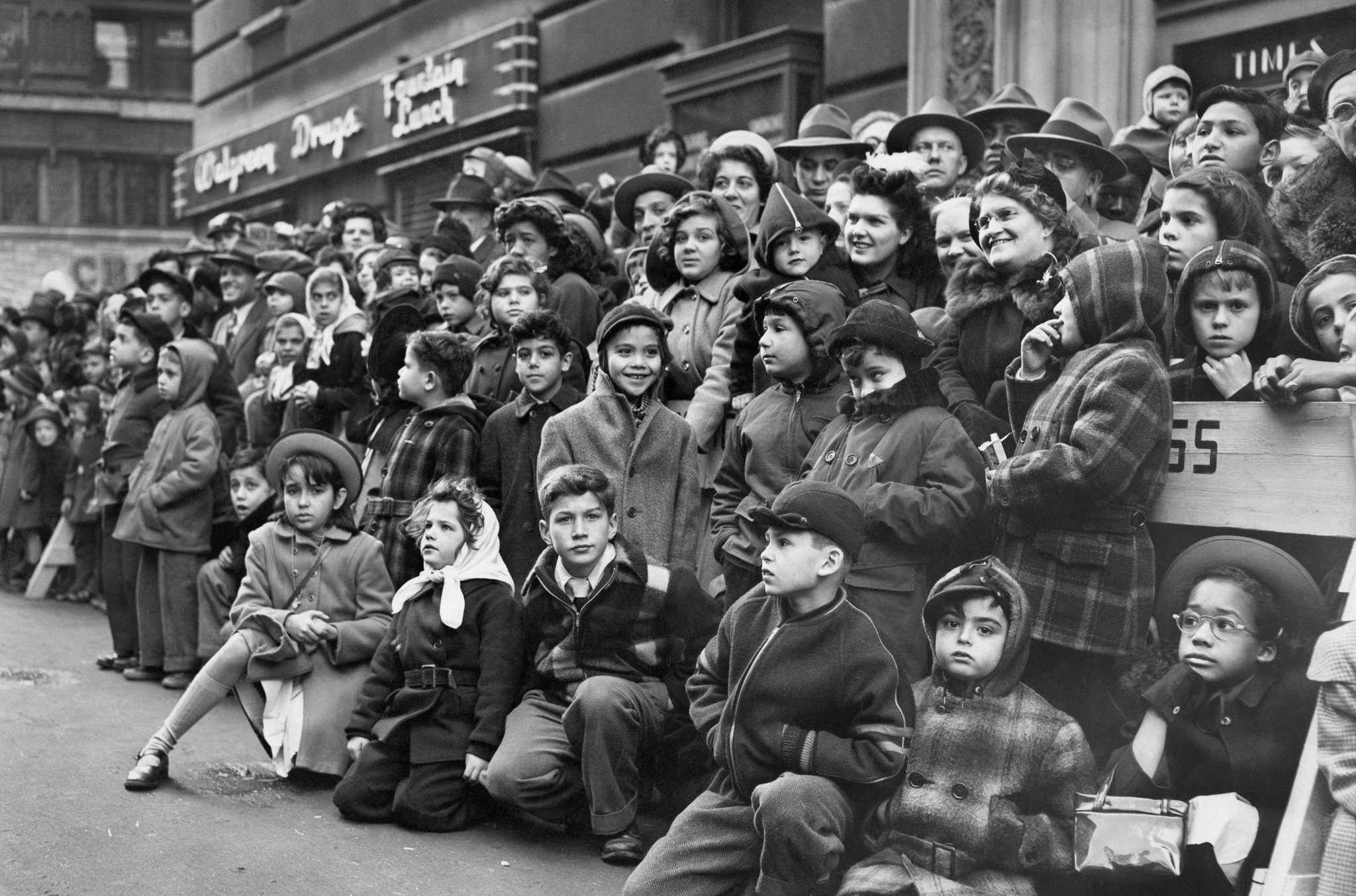 Watching the 1948 Parade in Times Square 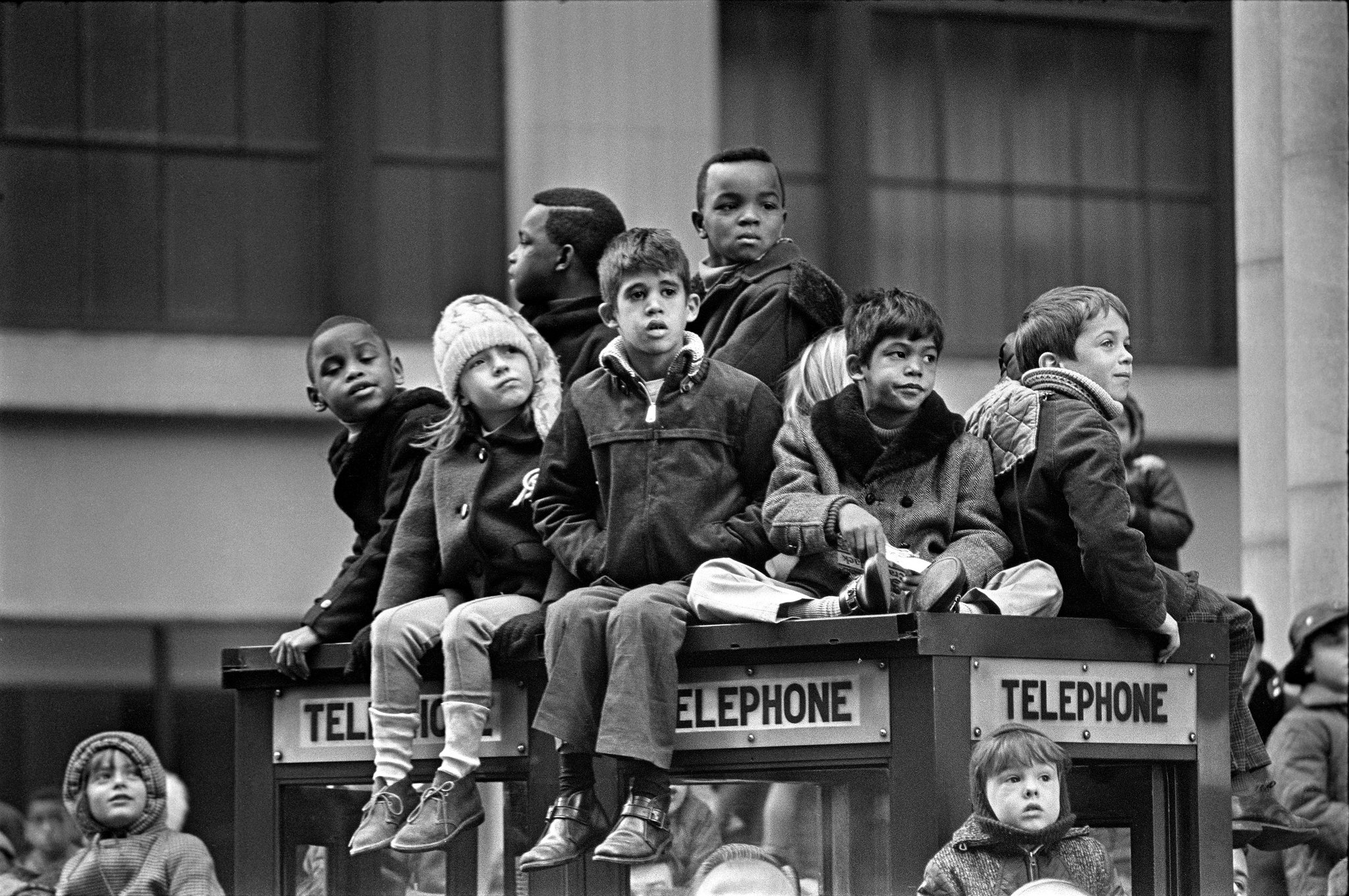 It is also a hearteningly democratic celebration. A privileged few may watch from warm offices or apartments, but on the streets the choice viewing spots go to whoever arrives first or climbs most cleverly. On this one day, the shortest get the best views. Isn’t that reason to give thanks? 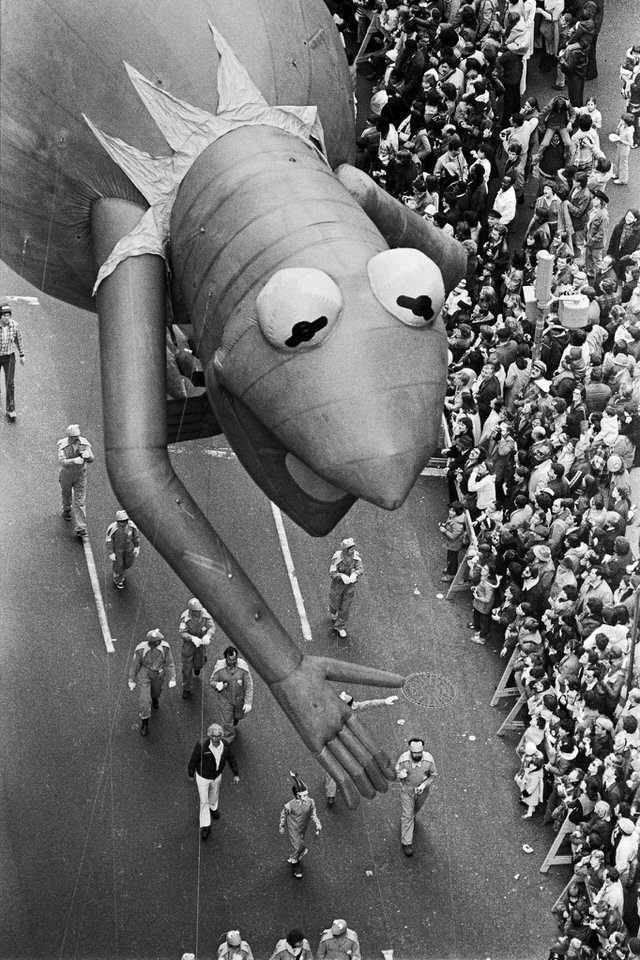 Looking Down on Kermit the Frog from One Times Square, 1979

Which is not to say that it is always a tame affair. Every so often, a balloon gets tangled up in a streetlight and dumps glass or metal on the people below. The crosswinds around Columbus Circle are no joke. 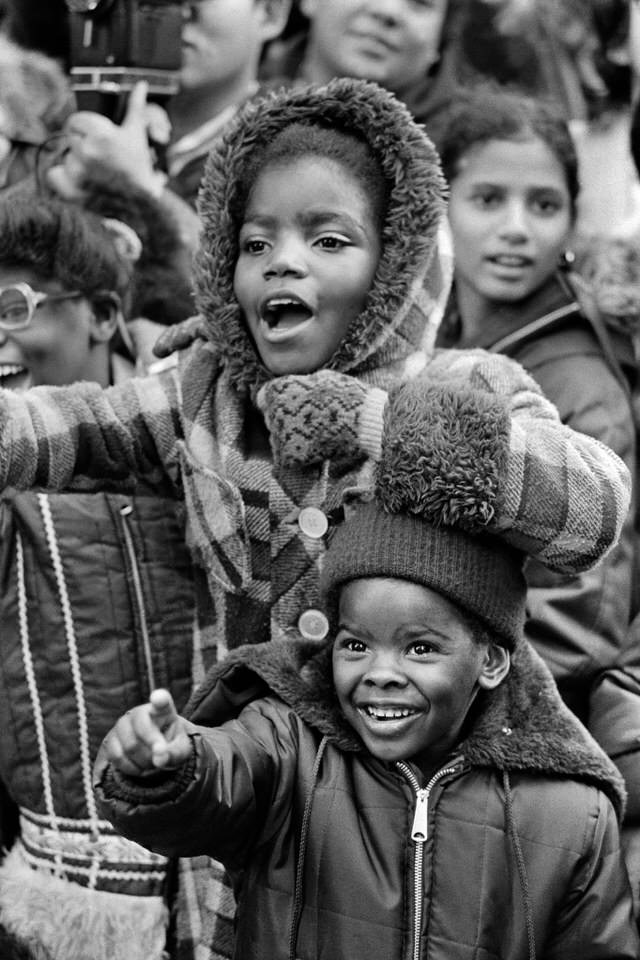 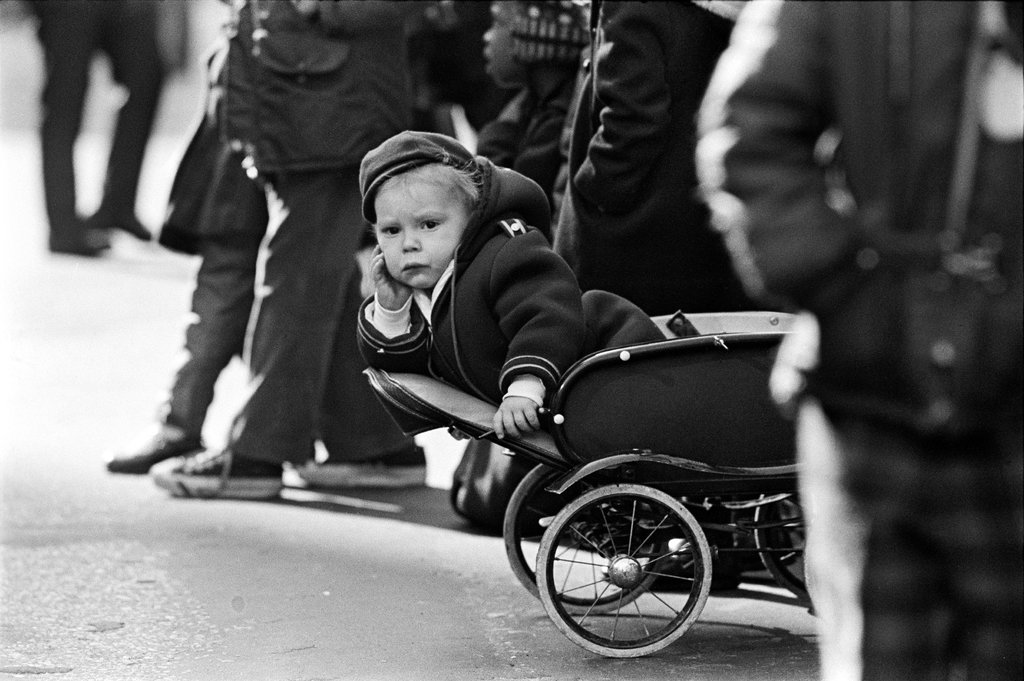 Mostly forgotten, for the three hours of the parade, are the holiday’s thorny racial history and the city’s racial fault lines. Rich or poor, whatever your background, if you’re willing to forsake hearth and home and wake up obscenely early to stand outside in the cold, there’s a place for you on the parade route. 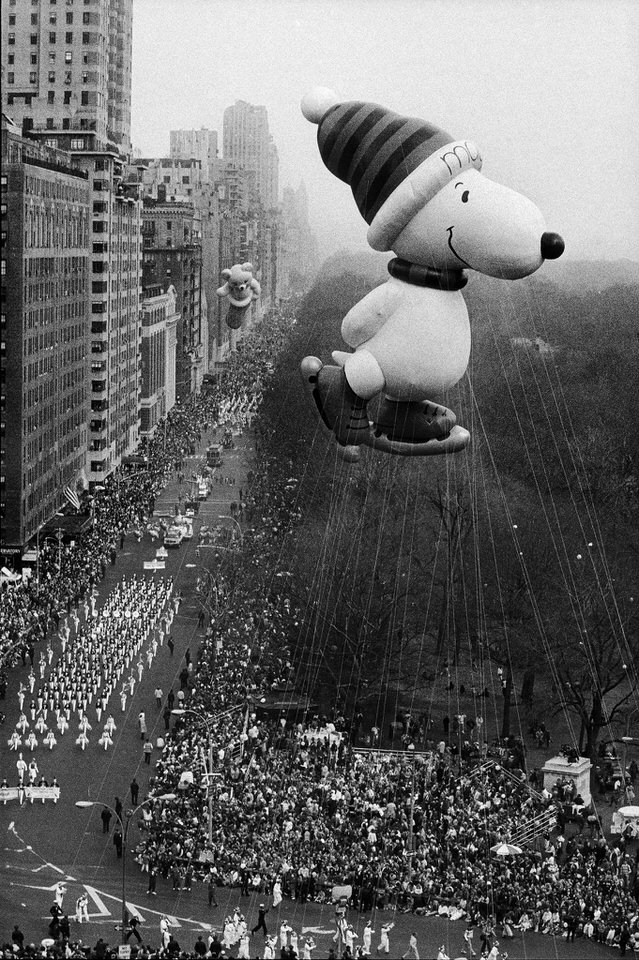 If you are lucky, there’s also a cup of scalding hot cocoa, to be followed by stuffing, cranberry sauce, pumpkin pie, football and the company of your nearest kin. And if you must, turkey. Preferably with lots of gravy. 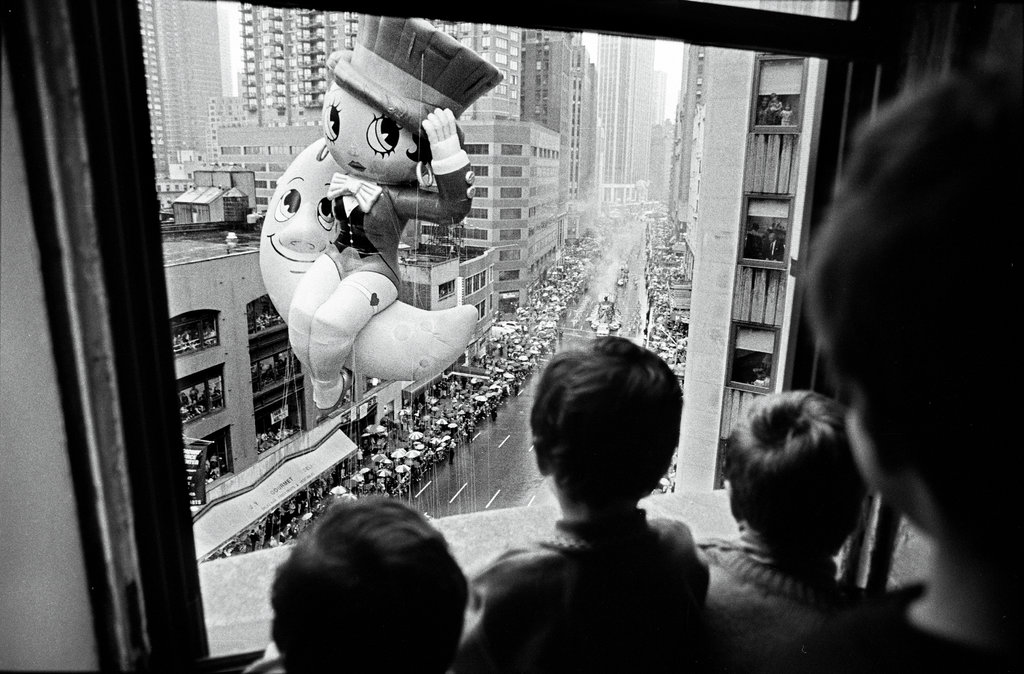 Watching from a Hotel Window as Betty Boop Floated by, 1992