A same-sex gentoo penguin couple has welcomed the birth of their first baby, er, chick, together, Australia’s Sea Life Sydney Aquarium announced On October 25, 2018. Dads Sphen and Magic, a couple known as “Sphengic,” were given an egg that they incubated and protected for nearly five weeks in their nest. The little fluffball hatched last week and weighed 3.2 ounces. Its sex is to be determined — a blood test will be administered when it’s a bit older. Sea Life Sydney Aquarium said penguin dads Sphen and Magic, who were given an egg to incubate, are “in love” with their new chick. 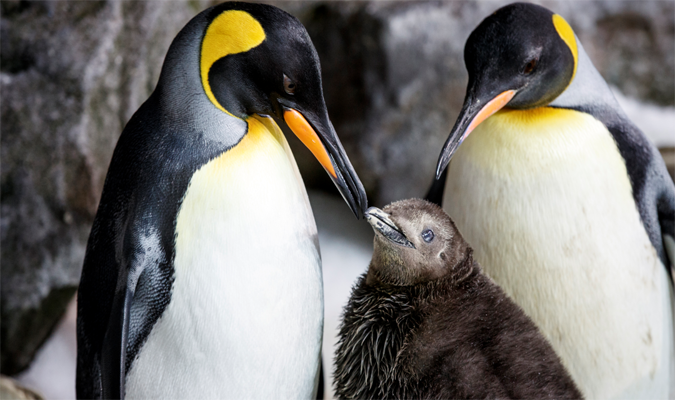 Tish Hannan, the supervisor of the aquarium’s penguin department, was delighted by the way the lovebirds are caring for their new bundle of joy. “The first day, the younger of the two males was an absolute star, he fed the chick a lot,” Hannan told ABC. “The older male looked a bit disinterested at first, but as soon as he got on the chick he did an amazing job as well, so we are really, really proud of them both.” 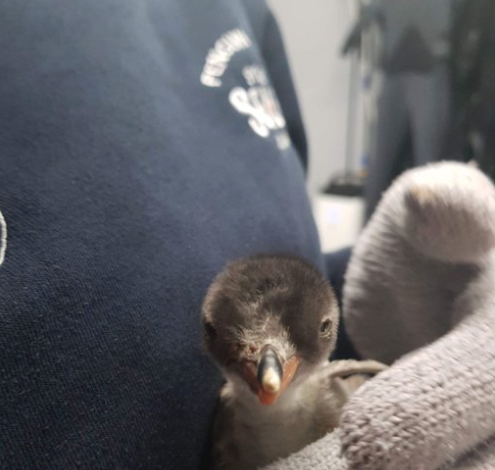 The egg was given to Sphengic from another couple that laid two during the 2018 breeding season. According to a press release from the aquarium, gentoo penguins, which live mostly on sub-Antarctic islands, only have enough resources to care for one of their two eggs in the wild. The “backup chick” often dies, and the aquarium found giving the extra egg to Sphengic was the best option for its survival. 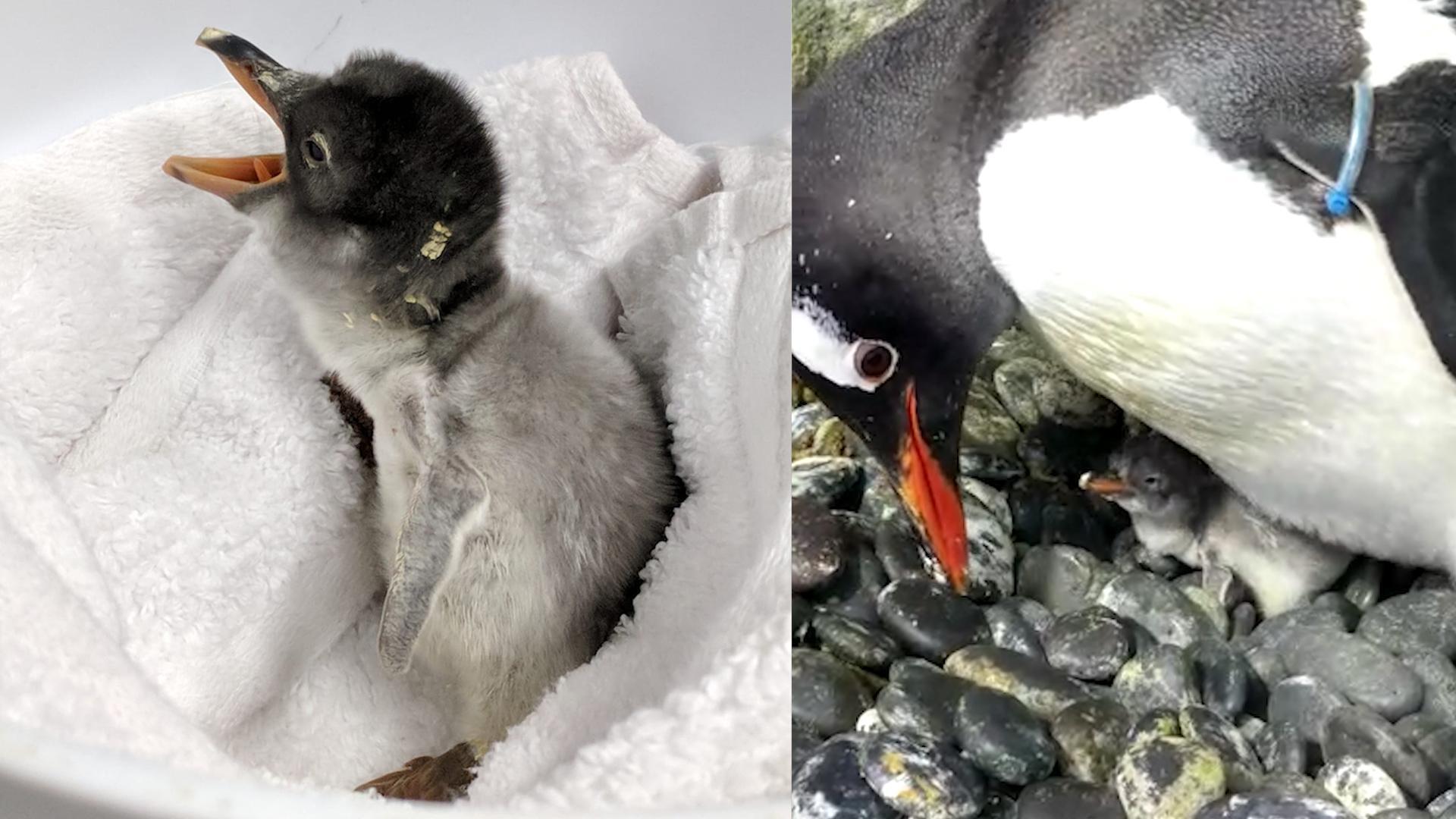 The first 20 days of a gentoo penguin chick’s life are extremely vulnerable and it depends on its parents to keep it healthy, which means it’ll be fed up to 10 times a day. Gentoo parents keep their eggs warm on pebble nesting rings, rather than with their feet like king penguins do, and take turns incubating the nest and keeping guard, warding off predators, overly inquisitive neighbors and pebble-stealers.

Hannan told ABC that gentoo penguins have a “strong urge to be parents” regardless of gender and that same-sex coupling within the species is not uncommon. Yet, male-male couples rarely get the opportunity to be parents. 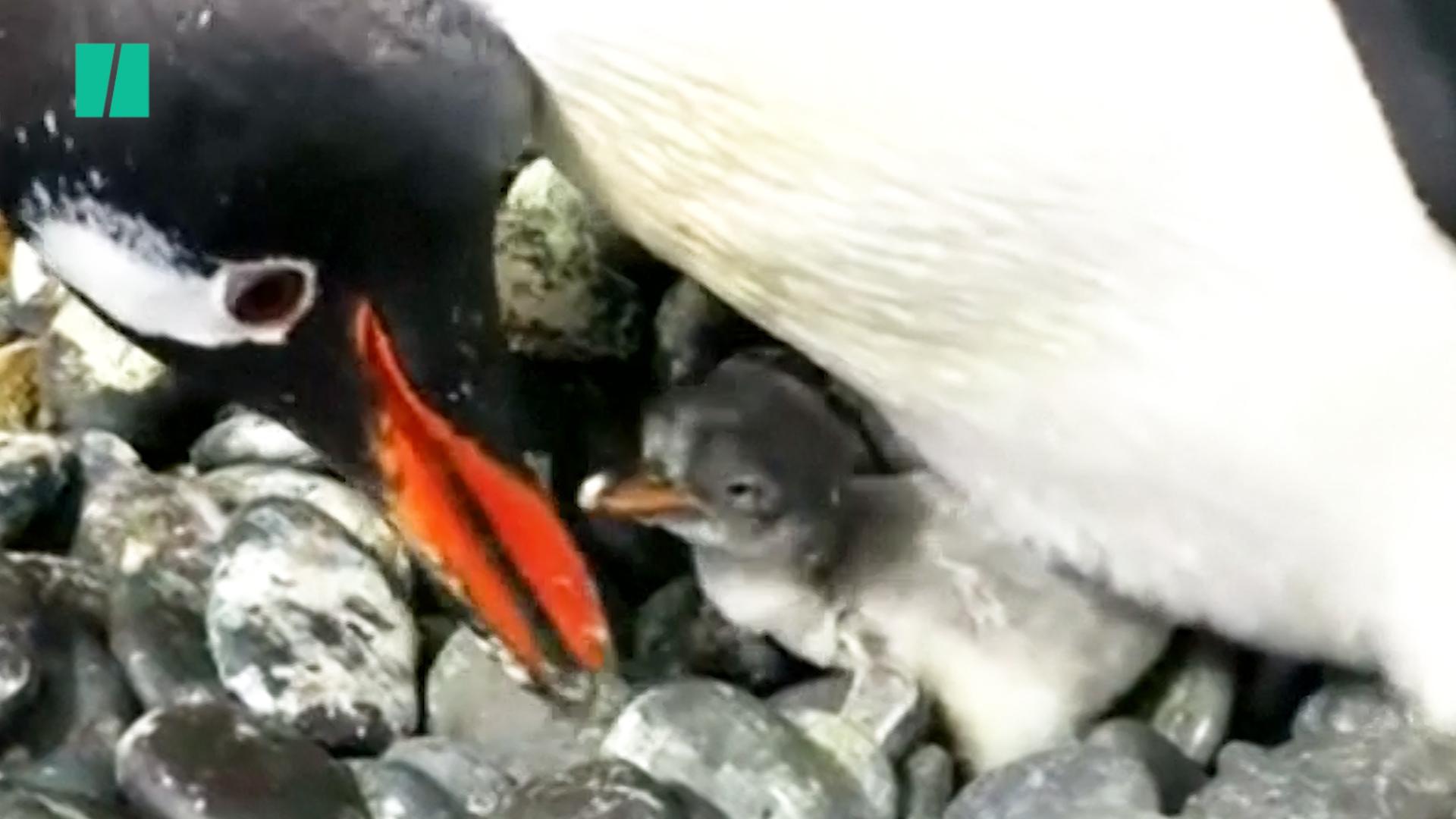 “With female-female pairs, what will happen is those females will actually go off and mate with males and come back and lay eggs and both females will raise the chicks,” she said. “With the two males, sometimes they’ll try and steal eggs that are unoccupied, so it can happen but it’s not very likely.”