The year's first supermoon, when a full moon appears a little bigger and brighter thanks to its slightly closer position to Earth, is one of two lunar events Sunday January 20, 2019. A total eclipse was also visible in North and South America, and parts of Europe.

Lunar Eclipse January 20, 2019 - COFL from Community of Lights on Vimeo. 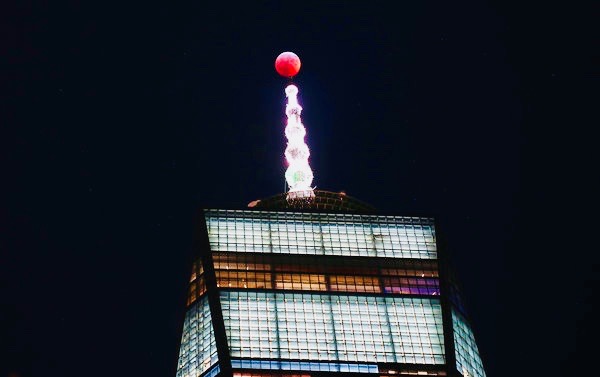 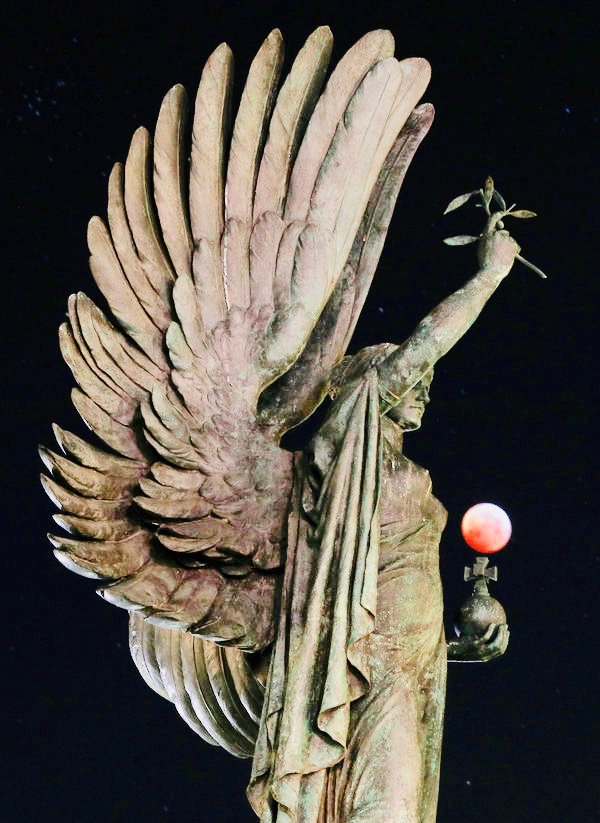 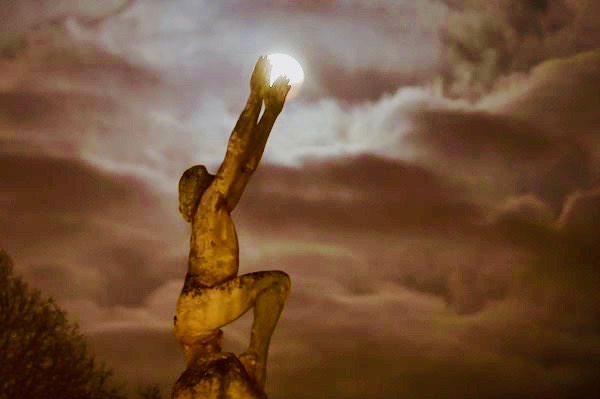 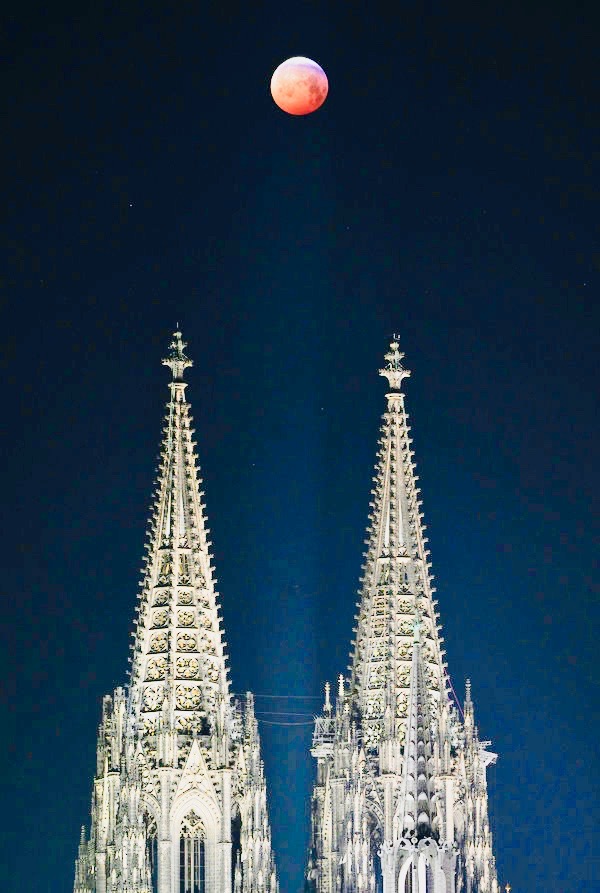 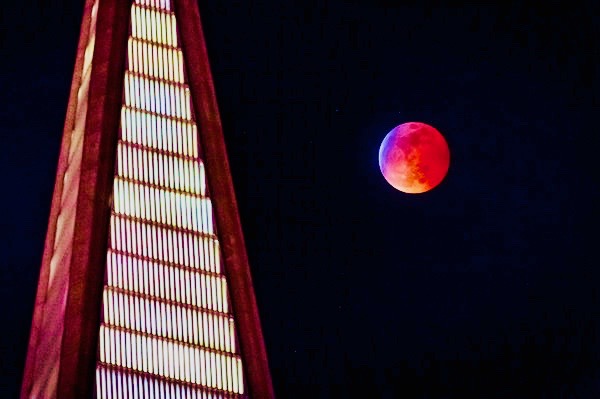 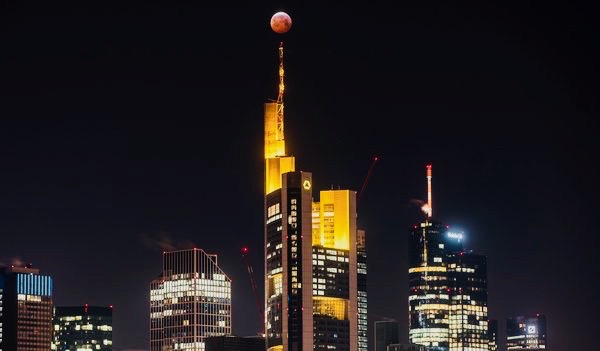 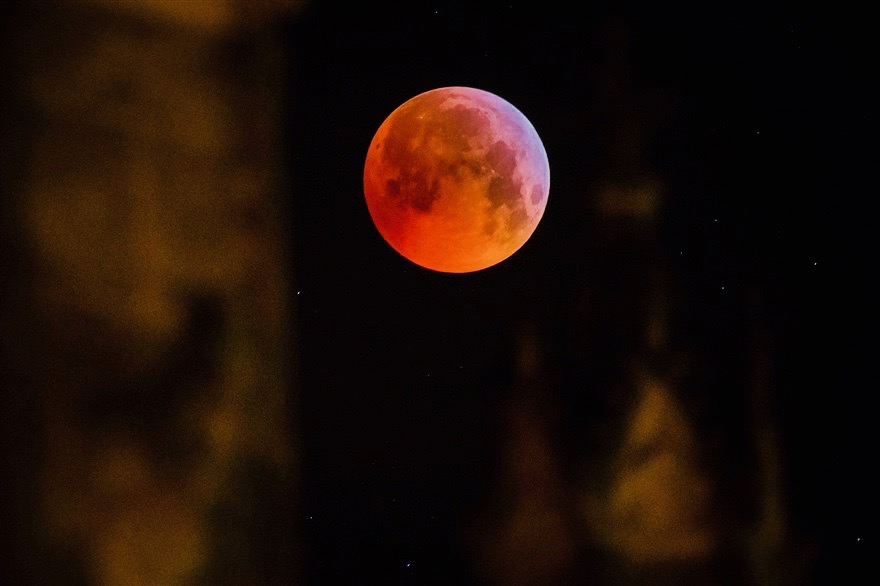 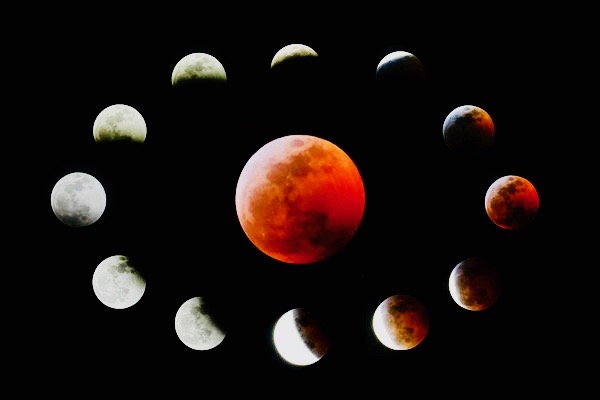 Skywatchers around much of the world watched a complete lunar eclipse in July, 2018 that is the longest of this century which coincides with Mars’ closest approach in 15 years. The so-called “blood moon,” when it turns a deep red, was visible at different times in Australia, Africa, Asia, Europe and South America when the sun, Earth and moon line up perfectly, casting Earth’s shadow on the moon. 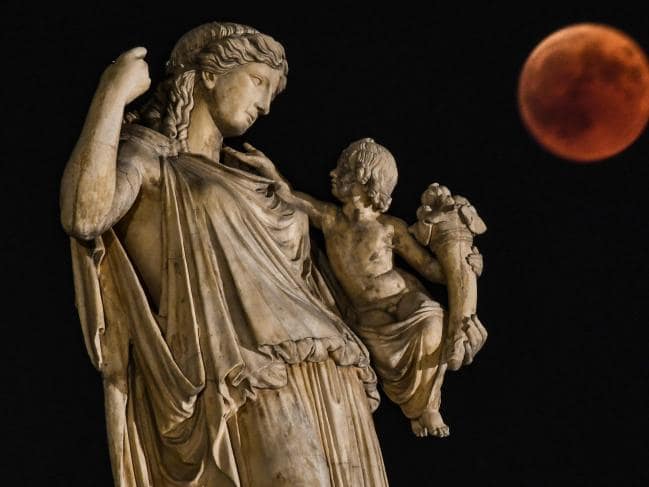 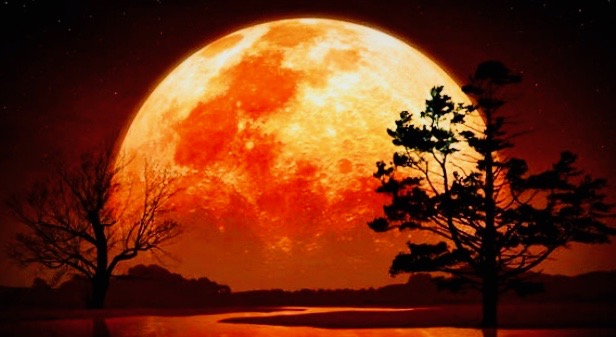 The total eclipse lasts 1 hour and 43 minutes, with the entire event lasting closer to four hours. For about half the world, the moon will be partly or fully in Earth’s shadow for six hours and 14 minutes in all. 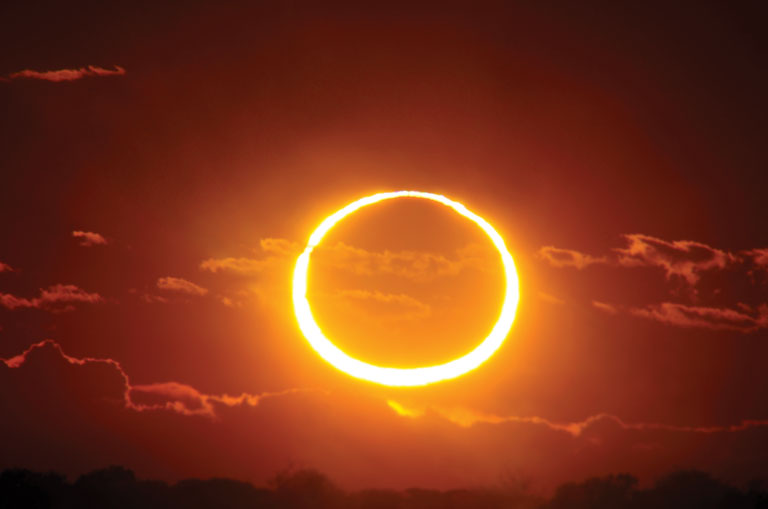 Ring of Fire Over Africa

Across Africa people turned to the sky, watching the reddish shadow slide up the moon’s surface. In Somalia, some hurried to mosques for special prayers often observed during lunar eclipses. In South Sudan, some dared to take photos in a war-torn country where using a camera in public is discouraged. 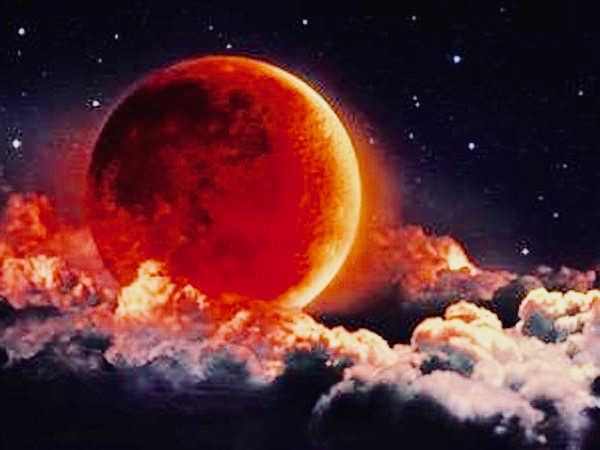 In Ethiopia’s capital, Addis Ababa, people at an open-air restaurant admired a rare clear view during the rainy season, comparing a live NASA webcast to what they saw above. Then clouds rolled in. “Dem yelebesech chereka,” some murmured — Amharic for “blood moon.” 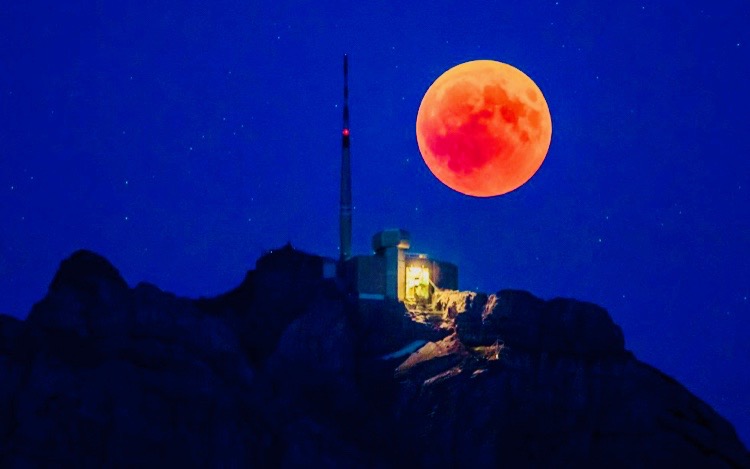 “The reason that the moon turns red is because atmospheric scattering causes red light to pass through the atmosphere and the composition of the atmosphere can change if volcanic eruptions or forest fires occur,” said Tom Kerss, an astronomer with the Royal Observatory Greenwich. “And the density of dust increasing in the atmosphere can cause the moon to appear a particularly deep red, and indeed it has the same effect on our sunsets and sunrises.” 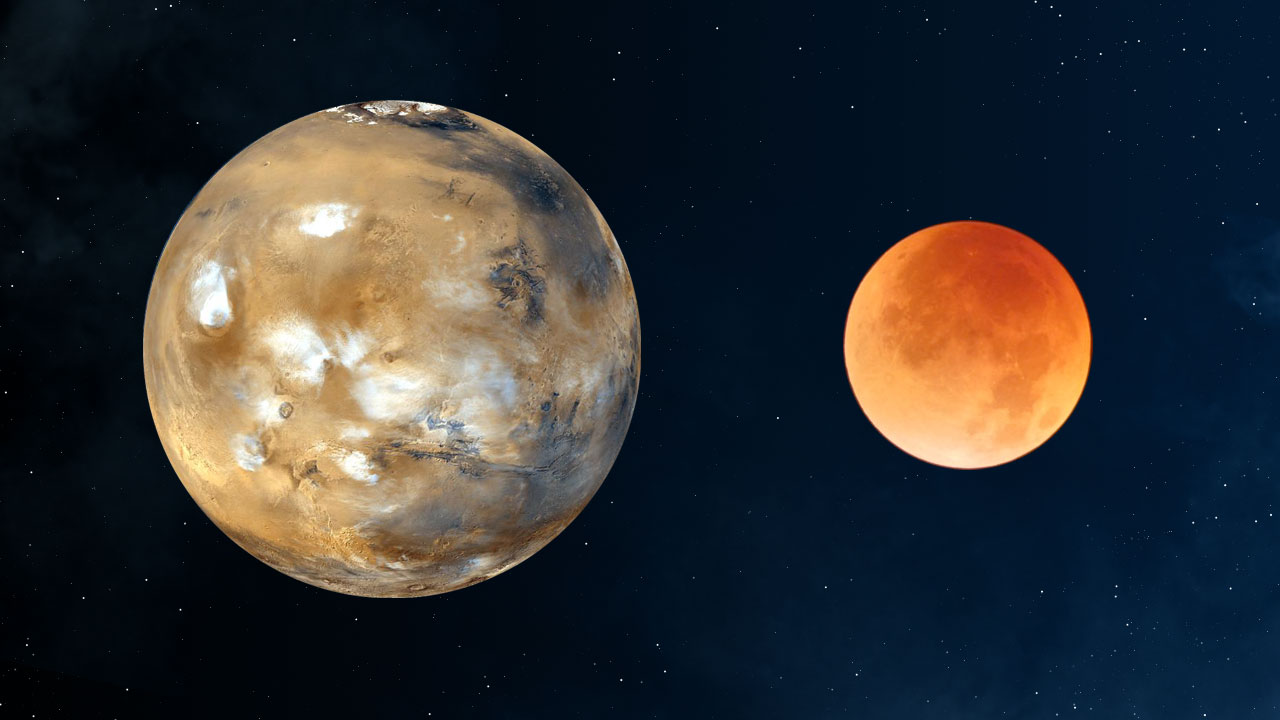 MARS APPROACHES:  In a special treat, Mars is also at its closest approach to Earth this week since 2003, making it appear bigger and brighter. “We have a rare and interesting conjunction of phenomena,” Pascal Descamps, an astronomer with the Paris Observatory, said. “We should have a coppery red tint on the moon with Mars the ‘Red Planet’ just next to it, very bright and with a slight orange hue itself.” 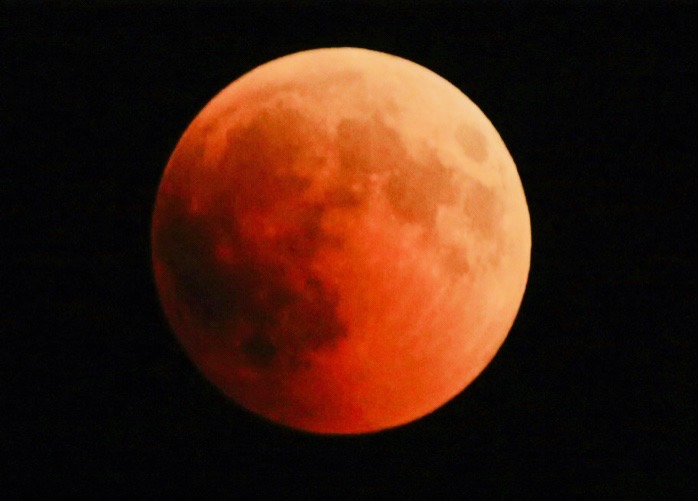 A combo of six pictures shows a 'blood moon' total lunar eclipse in Bishkek late on July 27, 2018.  Excited skywatchers on social media shared photos of the bright planet just to the right of the moon. North America missed out on Friday’s lunar eclipse but can look forward to the next one on Jan. 21, 2019, according to NASA. 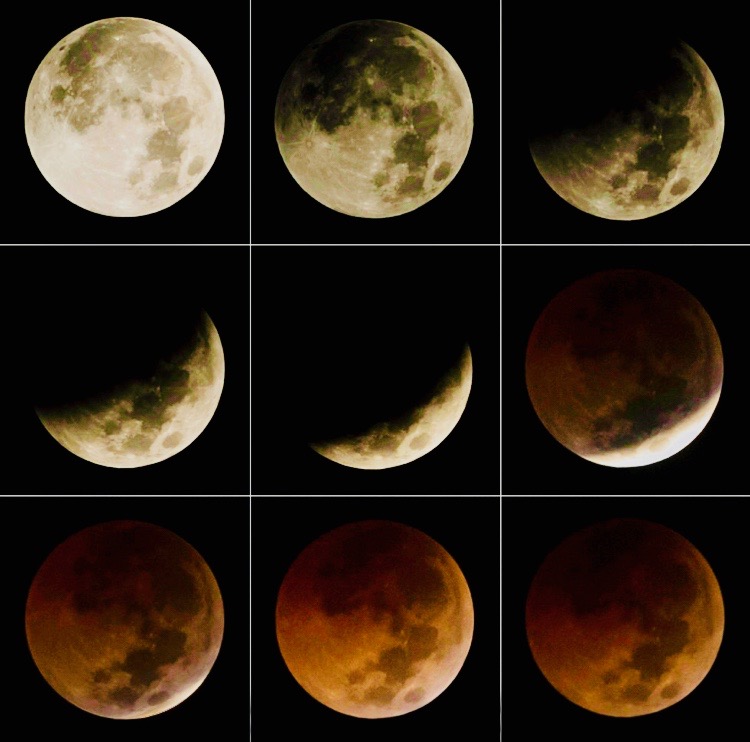 ECLIPSE, BLOOD MOON EXPLAINED: A total lunar eclipse happens when Earth takes position in a straight line between the moon and sun, blotting out the direct sunlight that normally makes our satellite glow whitish-yellow. The moon travels to a similar position every month, but the tilt of its orbit means it normally passes above or below the Earth’s shadow — so most months we have a full moon without an eclipse. When the three celestial bodies are perfectly lined up, however, the Earth’s atmosphere scatters blue light from the sun while refracting or bending red light onto the moon, usually giving it a rosy blush. This is what gives the phenomenon the name “blood moon”, though Mark Bailey of the Armagh Observatory in Northern Ireland said the colour can vary greatly. 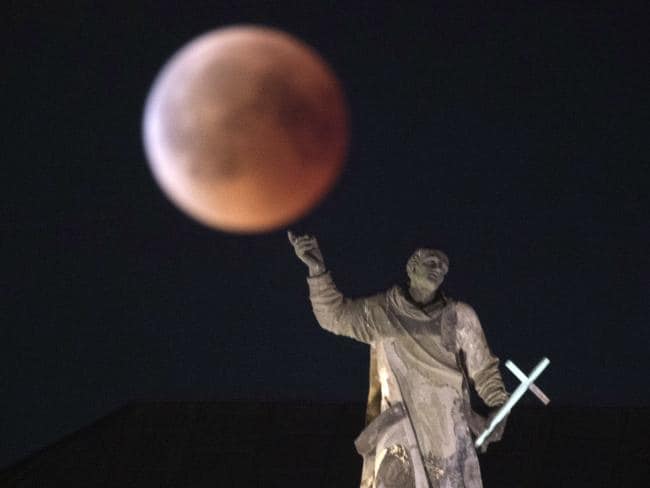 The moon turns red during a total lunar eclipse, as seen from Dresden, Germany.

Eclipse Seen Through the Hills of Appenzell, Switzerland 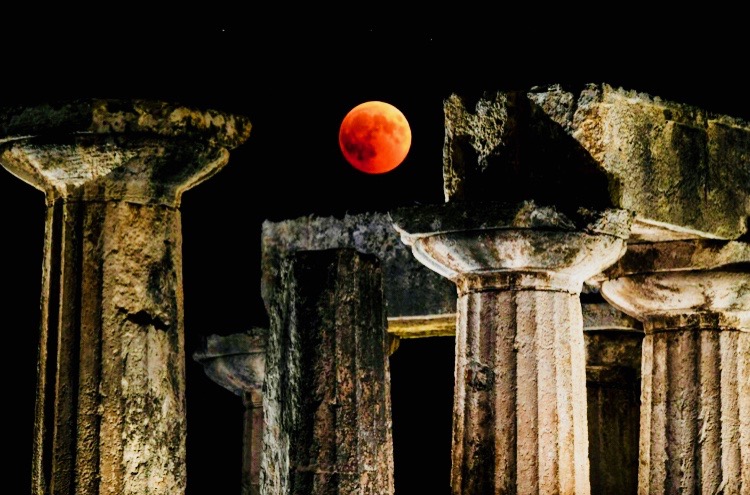 The Moon Over Apolo Temple in Greece 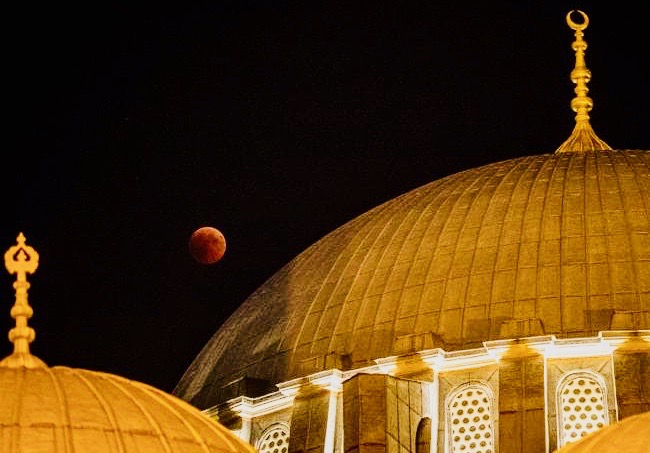 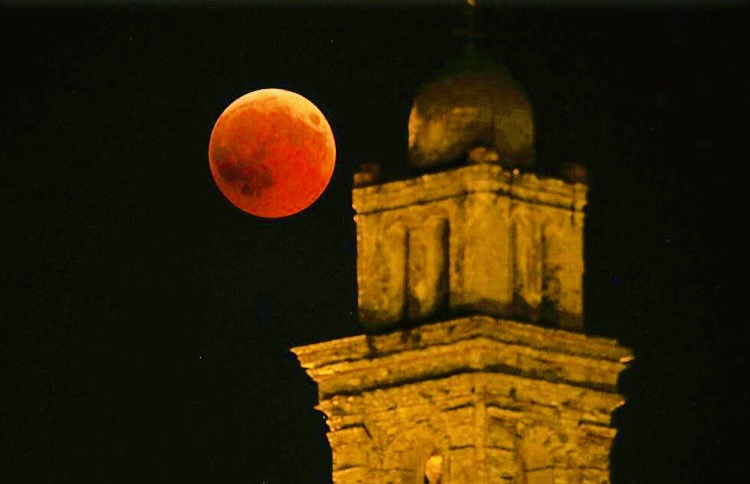 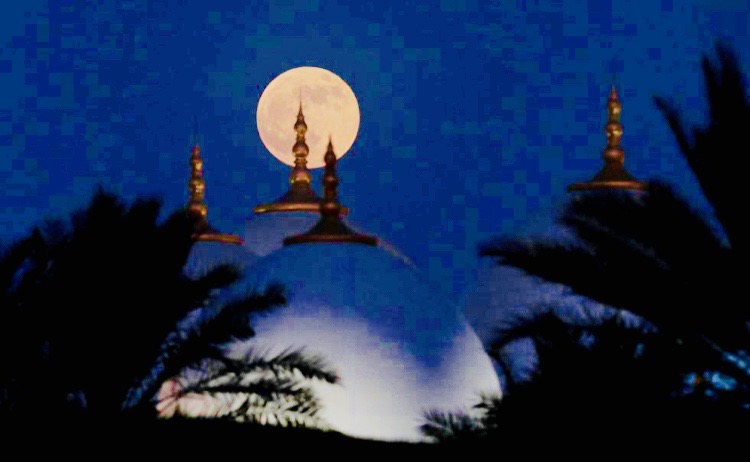 It depends partly on “how cloudy or transparent those parts of the Earth’s atmosphere are which enable sunlight to reach the moon”, he said. “During a very dark eclipse the moon may be almost invisible. Less dark eclipses may show the moon as dark grey or brown ... as rust-coloured, brick-red, or, if very bright, copper-red or orange.” The long duration of this eclipse is partly due to the fact that the moon will make a near-central passage through Earth’s umbra — the darkest, most central part of the shadow. 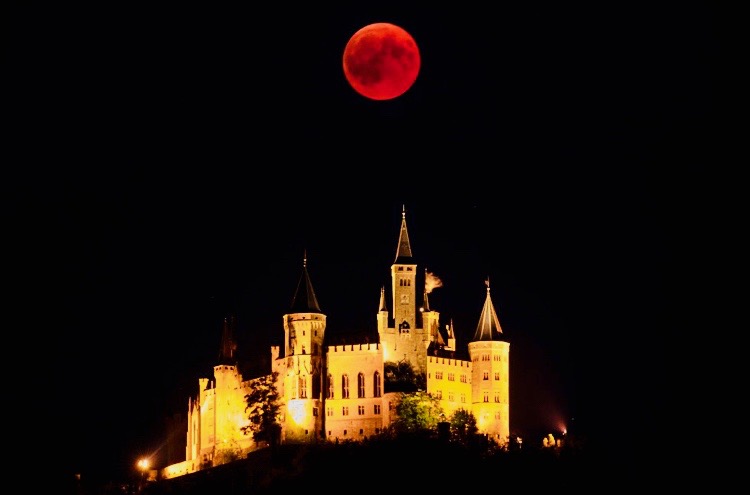 A Blood Moon rises behind The Hohenzollern Castle, the ancestral seat of the Prussian Royal House and of the Hohenzollern Princes, situated at the periphery of the Swabian Alb in Hechingen, Germany. 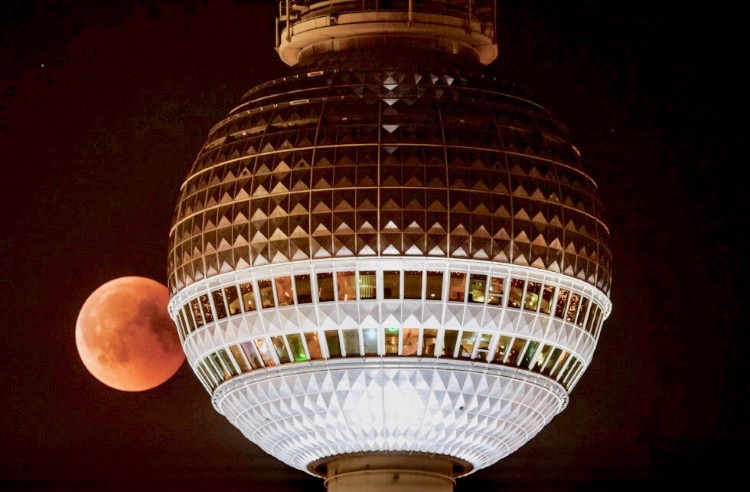 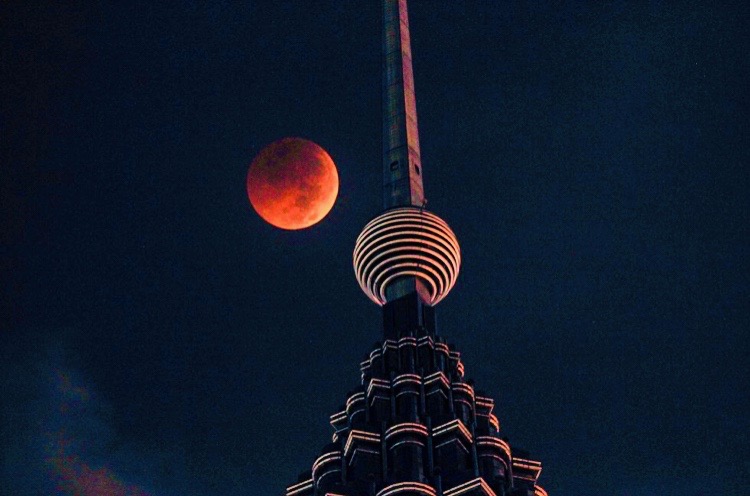 Quarter Eclipsed Moon Over Over Towers in Kuala Lumpur, Malasia 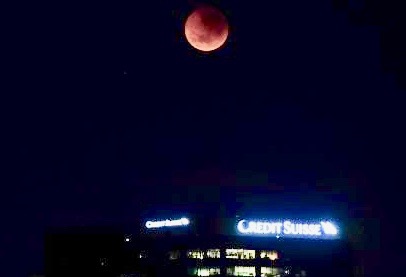 The moon is Seen During the Lunar Eclipse in Sydney 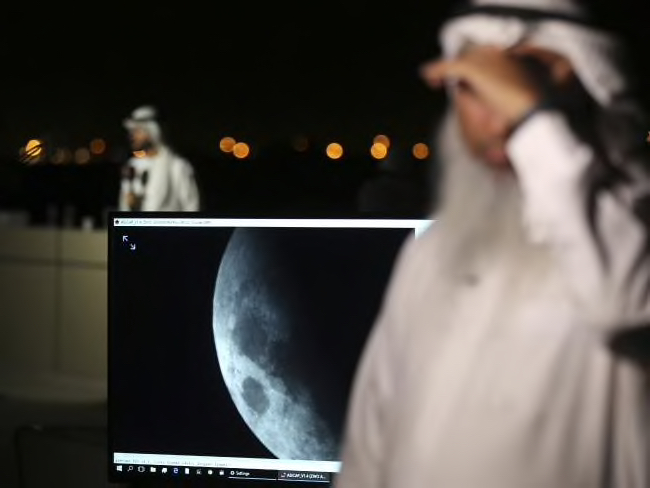 Our constant companion will also be at the farthest point on its orbit from Earth, making its movement across the sky slower from our perspective, thus spending longer in the dark. NASA, meanwhile, has called out social media hoaxers claiming that Mars will appear as big as the moon during the eclipse. “If that were true, we’d be in big trouble given the gravitational pulls on Earth, Mars, and our moon!” the NASA website states. Mars will more likely appear as a very bright star. “In the middle of a lunar eclipse it can look as if a red planet has taken up residence near the Earth — they are both eerie and beautiful,” Robert Massey of the RAS said.