The Impressionism of Joaquin Clausell

As an artist, Clausell had two periods of production, the first between roughly 1903 and 1910 and the second from 1920 until his death in 1935. He abandoned painting during the Mexican Revolution, mostly likely to concentrate on his law practice. However, his production was most intense in the latter period, becoming something of a vice, with all of his spare money going to supplies and even painting on wood and cardboard when he did not have canvas. In addition, he occasionally disappeared to Mexico’s coasts, especially the area between Mazatlán and Acapulco to return with sketches as the basis of new paintings. 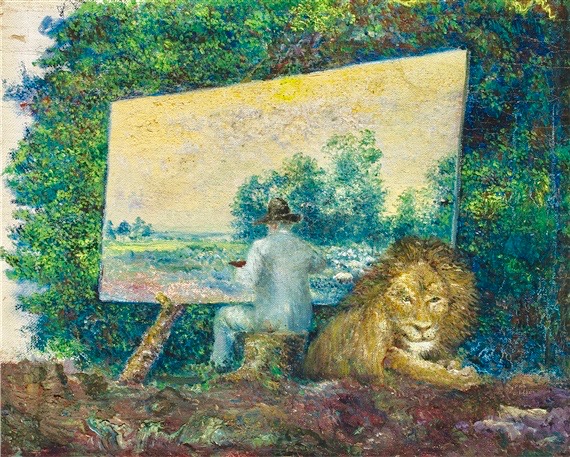 It is estimated that during his lifetime, Clausell produced about 400 works, 100 of which are large-scale works. However, he did not sign his works and rarely dated them, making cataloging and a chronology very difficult. He did not consider himself a professional painter, He was a recluse, not promoting his work and with a few exceptions, did not associate with contemporary Mexican artists. 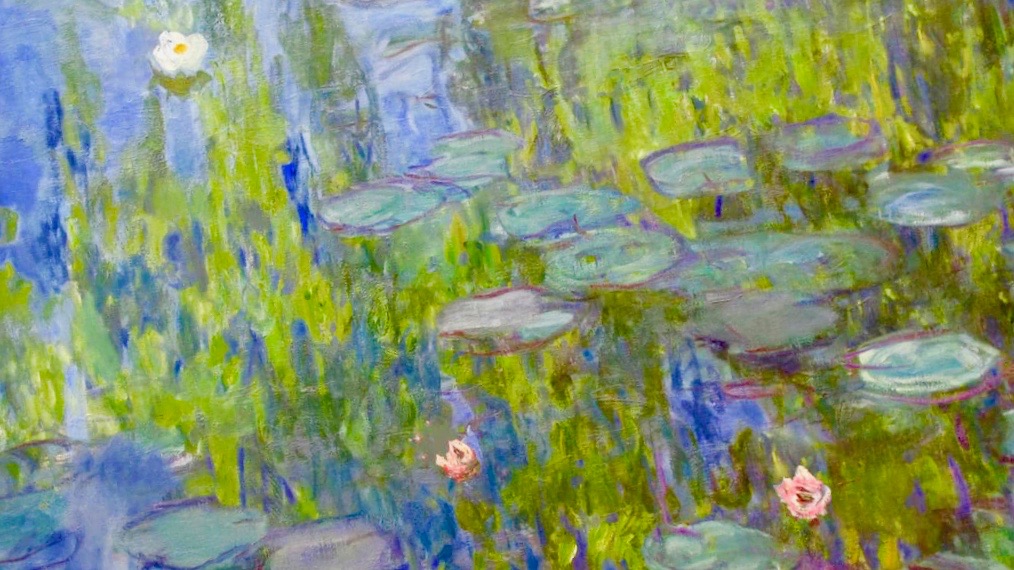 Most of Clausell’s work is done in oil though there are some watercolors, with works done on canvas, wood and cardboard. His color schemes show influence from pastels with paints applied mostly by brush with some use of the spatula.  Most of his work is solidly Impressionist, with his open admiration of the work of Van Gogh, Renoir, Cezanne and Monet. His work shows influence from all of these along with that of Camille Pissarro and Alfred Sisley.  While his canvas work sticks to the origins of Impressionism, there was some experimentation in the coloring of clouds, sky, rivers and sea, making them stronger than in nature.

Unlike many Impressionist painters, he was uninterested in the everyday activities of people, who rarely appear in his works. Instead his work was inspired by the nature of Mexico, such as in Tlalpan and the lake areas of Iztacalco and Xochimilco along with the Pacific Coast. 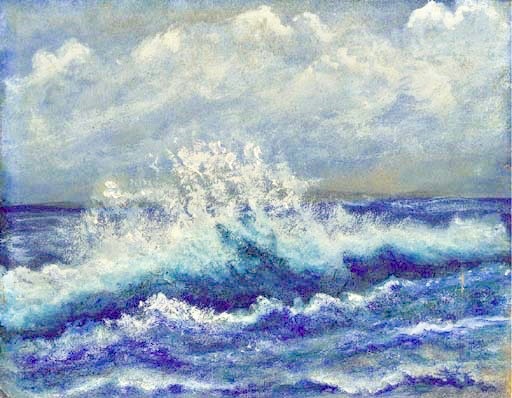 While Mexico has had a number of notable landscape artists, Clausell’s work stands out because of its dedication to Impressionism. This style extended into the beginning of the Mexican muralism movement, but the muralists' requisite social themes did not influence Clausell.  Unlike the panoramic views of the works of José María Velasco, Clausell’s works depict the Valley of Mexico in smaller, more intimate scenes, often in areas related to his family’s lands or in travels with Dr. Atl. 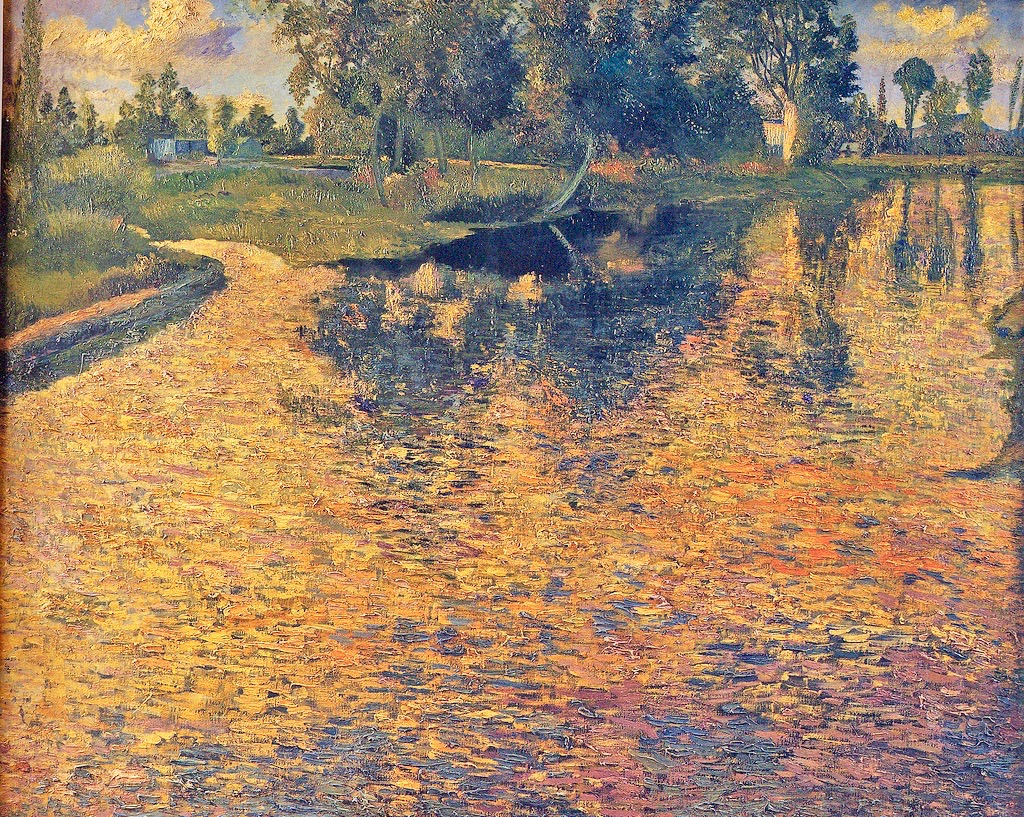 A significant number of works are related to Iztacalco and the then existing Santa Anita Canal, as well as the ranch of his wife’s family. According to Xavier Moyssen, he was the best among his contemporaries at seascapes. 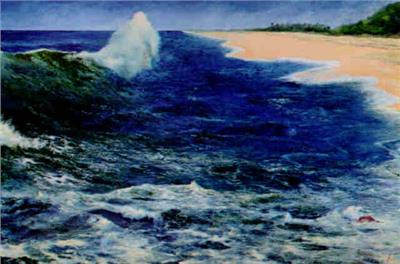 One particular work is Ola verde -1915 (above), which captures the green waves of the Laguna de Cuyutlán.

Most of his canvas works have conventional coloring and topics, possibly because of his profession and social standing. However, the works he created on his studio’s walls are different, with more experimentation and a wider variety of themes.

These depict images of family, other artists, religious icons, nudes and animals with elements related to Symbolism, showing influence from Paul Gauguin and Paul Sérusier. Female figures were often portrayed in a negative light, but not always. 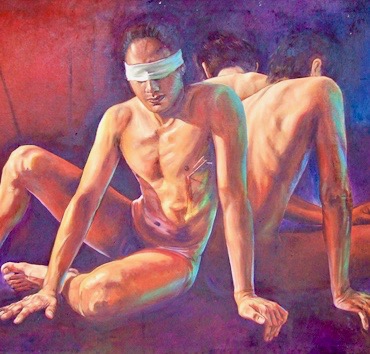 These works have received less attention from both the public and critics, mostly because of their relative inaccessibility.

Since his death in 1935, Clausell has been recognized as the most prominent Mexican Impressionist artist, even though he did not introduce the style into the country. He existed on the fringes of the Mexican art scene during his lifetime, but his work was noticed and praised by a number of well-known contemporaries. In an exhibition in 1921, his work caught the attention of Diego Rivera, who had just come back from Europe and later visited Clausell in his studio.  This was despite the disdain of Rivera’s generation for “academic” and European painting. Rivera proclaimed Clausell to be the best of Mexico’s landscape artists as well as a “painter-poet”, who expressed the natural beauty of the country.  His work was also supported and promoted by Dr. Atl.

To pay homage to Clausell and recognize him as one of the precursor's to modern art in Mexico, a juried event called the Bienal de Pintura Joaquín Clausell (Biennial of the Painter Joaquín Clausell) has been sponsored by the National Council for Culture and Arts, the Ministry of Culture of the State of Campeche and the Autonomous University of Campeche since 1993.