CES is the world's gathering place for all who thrive on the business of consumer technologies. Held in Las Vegas every year, it has served as the proving ground for innovators and breakthrough technologies for more than 40 years - the global stage where next-generation innovations are introduced to the marketplace.

On the mobile front, Alcatel unveiled a trio of new Android smartphones, headlined by the surprisingly interesting sounding Alcatel 5. Alcatel’s phones rarely come with top shelf prices, but the 5 looks set to get an 18:9 display, which typically only features on flagship smartphones. We suspect said display will have a Full HD+ resolution, and the company also talked up a “large battery” for the device – something in the region of a 3000mAh cell sounds about right to our eye. 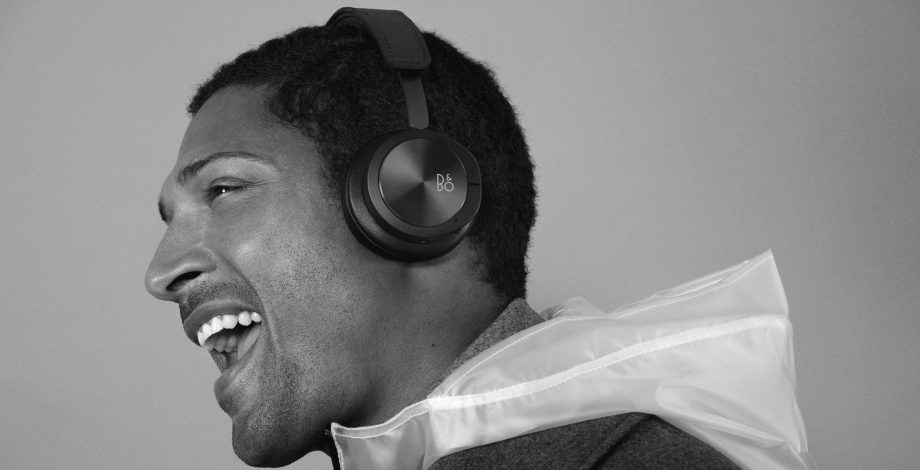 Luxury Danish brand Bang & Olufsen made an appearance at this year’s CES, albeit under the guise of its B&O Play lifestyle brand. There were a pair of new headphones on offer, with new flagship over-ears the Beoplay H9i joined by “revitalised classic” cans, the Beoplay H8i. As you’d expect, both are sleek and stylish as well as boasting solid audio credentials at a relatively affordable (for B&O) price point.

TCL had a relatively busy CES, most notably talking up its role as saviour of the BlackBerry phone brand. We learned that the BlackBerry Motion will finally be coming to the US, but more intriguingly, that company has plans to launch new BlackBerry phones in 2018. There’s also going to be a new flavour of the BlackBerry KEYone, the Bronze Edition, that will feature dual-SIM support – perfect for those who like to keep work and play separate (or are having an affair). Elsewhere, TCL unveiled the Roku Smart Soundbar, and there’s no prizes for guessing what that’s all about.

On the smartwatch front, Casio had an expected trick up its sleeve in the form of the solar-charging Casio G-Shock Rangeman GPR B-1000. This GPS watch is also the first in the G-Shock range to support wireless charging, and boasts an overall (claimed) battery life of over 30 hours on a full charge. The solar charging capabilities don’t sound super practical for day-to-day use – you’ll need a four hour sun boost to get one hour’s worth of juice – but it could come in handy for more adventurous types.

If you were expecting a flashy new drone from DJI, you’ll be leaving Vegas disappointed this year, but the company did out an updated version of its excellent Osmo Mobile smartphone gimbal – the Osmo Mobile 2.

There’s plenty to like here, as not only is the Osmo Mobile 2 lighter than its predecessor, it’s also cheaper, so it should appeal to casual as well as more serious videographers.

Car manufacturer Ford made a small but important announcement with new partner Waze. The two revealed that 2018 Fords will benefit from direct Waze integration via Ford’s built-in Sync 3 infotainment system, so you’ll be able to take advantage of Waze’s crowdsourced maps and navigation without the need for Android Auto or Apple CarPlay support.

Whilst not a blockbuster reveal, Garmin updated its solid Forerunner 645 running watch, announcing the Garmin Forerunner 645 Music. As the name suggests, this iterative refresh is all about improving the device’s musical capabilities, ushering in on-board storage for your tunes and support for Bluetooth headphones.

It was a fairly quiet outing for Chinese tech giant Huawei, with the firm’s only real noteworthy announcement being that the excellent Huawei Mate 10 Pro – its latest flagship – has finally been cleared to land in the US. 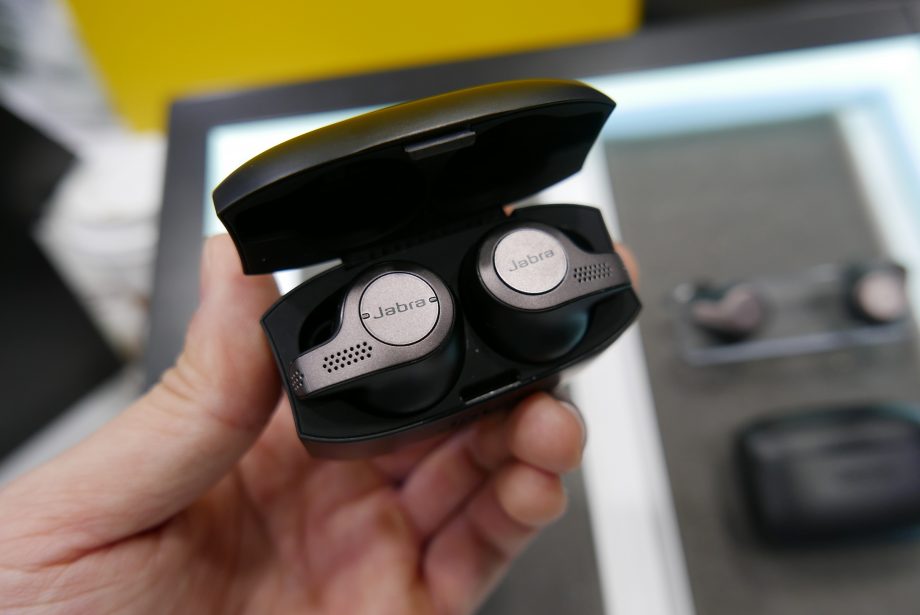 Digital assistants are all the rage at this year’s CES, and one of the most promising products we’ve seen comes from Jabra in the form of the Jabra Elite 65t, which are true wireless earbuds that support a full suite of AI helpers in Amazon Alexa, Google Assistant, and Siri. We’ve been impressed by the quality of Jabra’s microphones in the past, so we have high hopes for these fitness-friendly earbuds.

One of the more interesting CES 2018 announcements came from Kodak. The legacy photography brand pulled a bit of a shocker, launching a new blockchain platform for photographers, KodakOne, alongside its own cryptocurrency, KodakCoin. While surprising to say the least, our staff writer Josh Levenson reckons it’s actually “relatively practical.” Read his full report to find out why it might not be quite as much of a shameless PR stunt as it sounds.

Iconic German auto firm Mercedes-Benz didn’t have any new wheels to show off (CES isn’t the show for that), but its new native MBUX infotainment system could blow Apple CarPlay and Android Auto away. Always-on voice controls will let drivers control maps, music, temperature and even seat position, with the new tech set to debut with the next A-Class series in February. 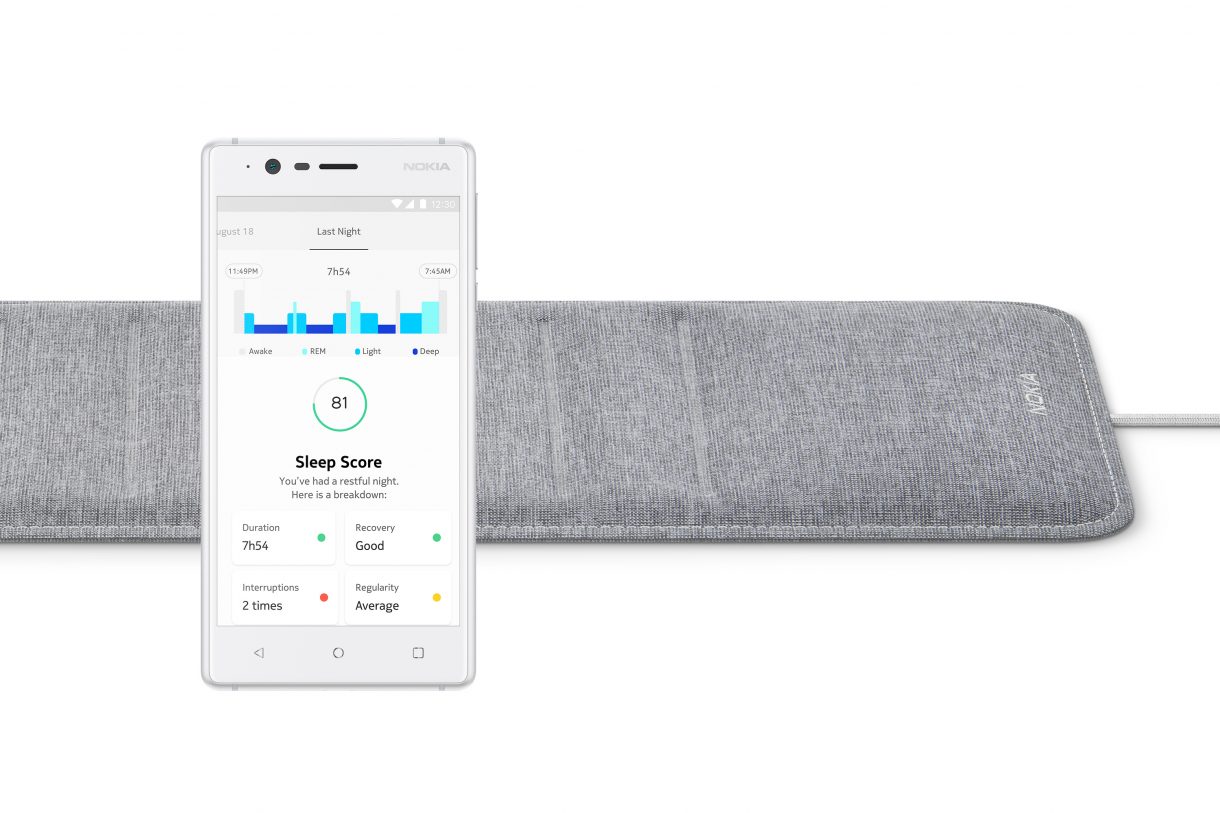 Those looking to improve the quality of their sleep could do worse than check out Nokia’s new Nokia Sleep sensor, which is a discreet Wi-Fi connected sensor you place under your mattress that feeds back a range of sleep cycle data, including how much time you spend in light, deep and REM stages of shut-eye. Nokia (or rather, Nokia Health – formerly Withings) says better sleep recognition can help you get up to 12 more minutes of slumber a night, and the Nokia Sleep syncs with the Nokia Health Mate app for easy visibility, as well as supporting IFTTT recipes. 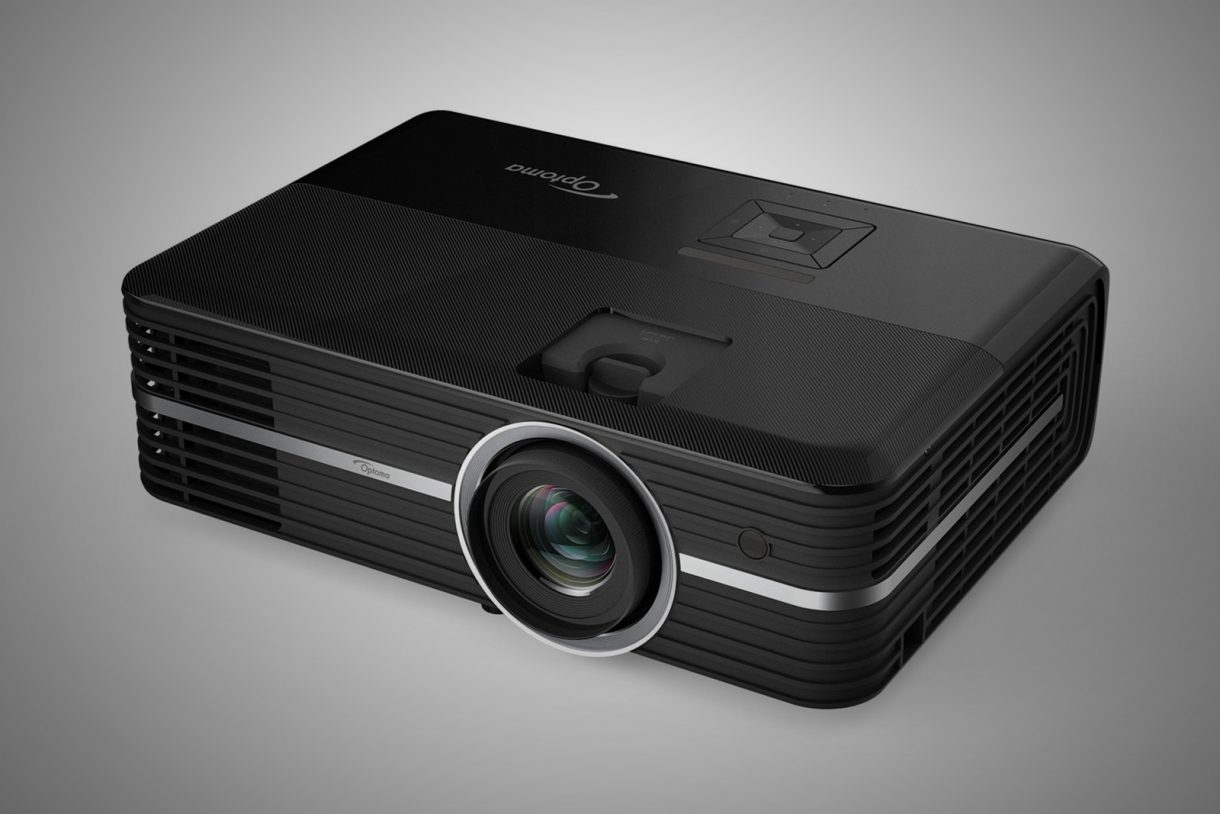 4K projectors are nothing new, but 4K projectors with built-in voice assistants? That’s a very 2018 development – and exactly what Optoma had up its sleeve at CES this year. The new  might have slightly utilitarian naming, but it’s the first projector of its kind to feature Amazon Alexa voice controls. Set to go on sale in select regions at the end of March, expect UK pricing to comfortably clear the £1000 mark when its come to pricing. 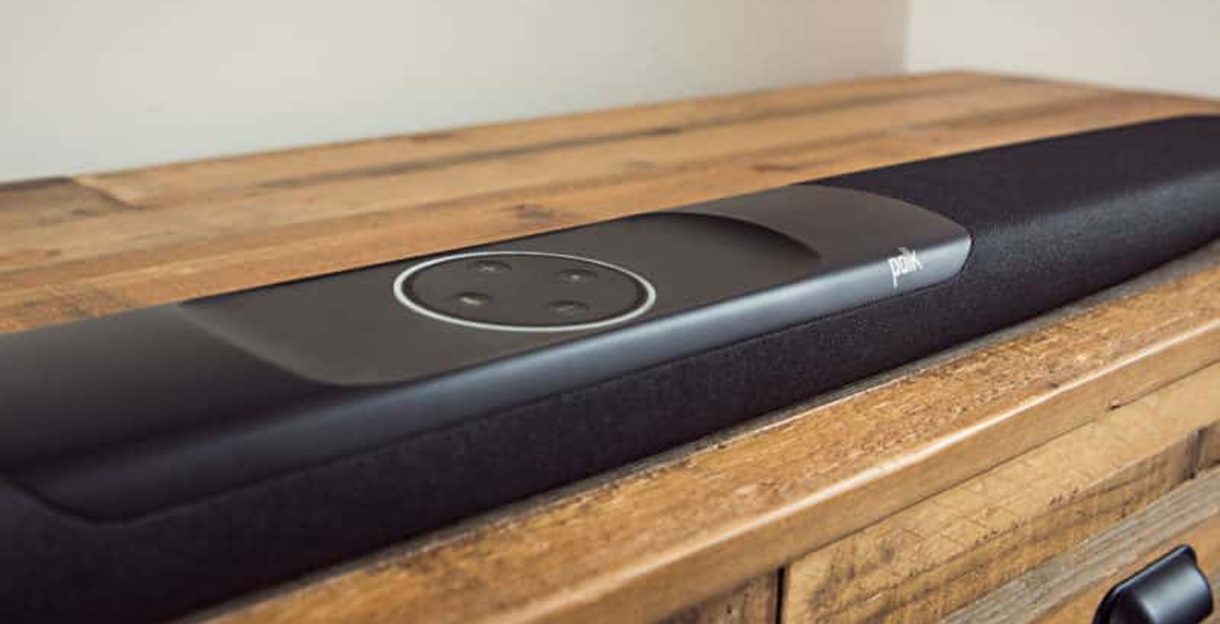 Audio specialist Polk announced what might just be the best sounding product at CES to launch with Alexa integration, the new Polk Command Bar. It features the usual array of Alexa functionality, including the ability to voice control your music streaming, smart home devices, and other AV kit, as well as some very decent specs: there’s Bluetooth and Wi-Fi, of course, plus two 1.25 x 3.25-inch full-range drivers, two 1-inch tweeters and a wireless 6.5-inch subwoofer. Best of all, it’ll launch at the more affordable end of the soundbar spectrum, with initial pricing set for $299 when it hits shelves in April, 2018. 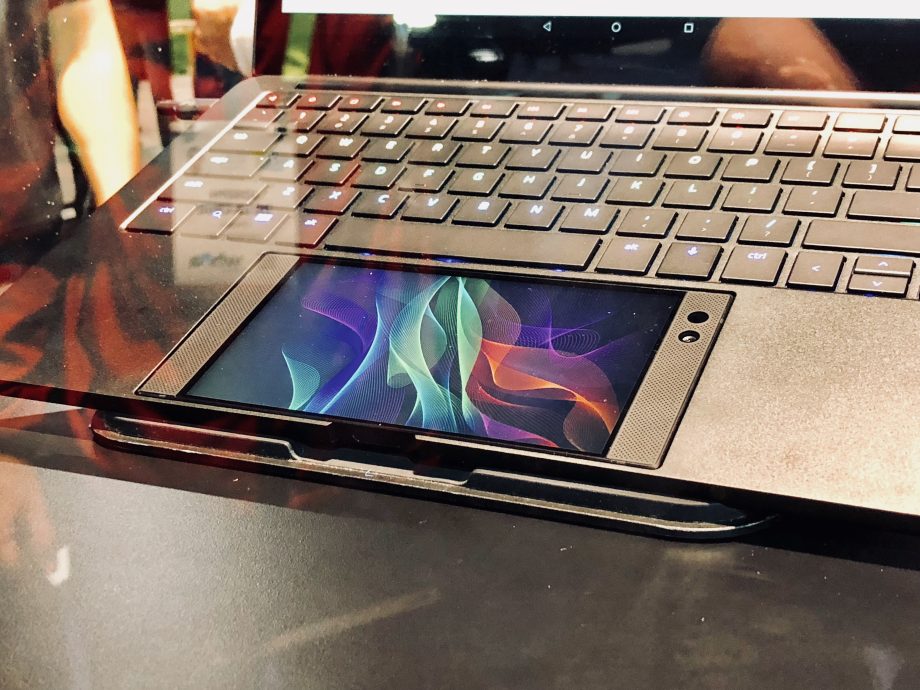 You might associate gaming company Razer more with laptops and peripherals, but at CES it was all about showing off the prowess of its new Razer Phone. First up was the news that it’ll be the first handset to offer Netflix with both HDR and Dolby Digital Plus 5.1 support, which should make it the best phone to catch-up on your favourite shows while on-the-go. More intriguingly still is Razer Project Linda, the firm’s prototype for a future laptop that will be powered completely by the Razer Phone. This is a concept that many have failed at, but judging by what we saw on the ground, Razer has the best chance yet at cracking the elusive ‘lapdock’.