Oprah Winfrey is the recipient of the Cecil B. deMille Award of the 75th Golden Globes. Acclaimed actress, producer, television star and entrepreneur, Winfrey is a Golden Globe nominee for her work in The Color Purple.  The talk show host and actress said that as a little girl she remembered vividly watching as Sidney Poitier became the first black man to win a leading actor Oscar. 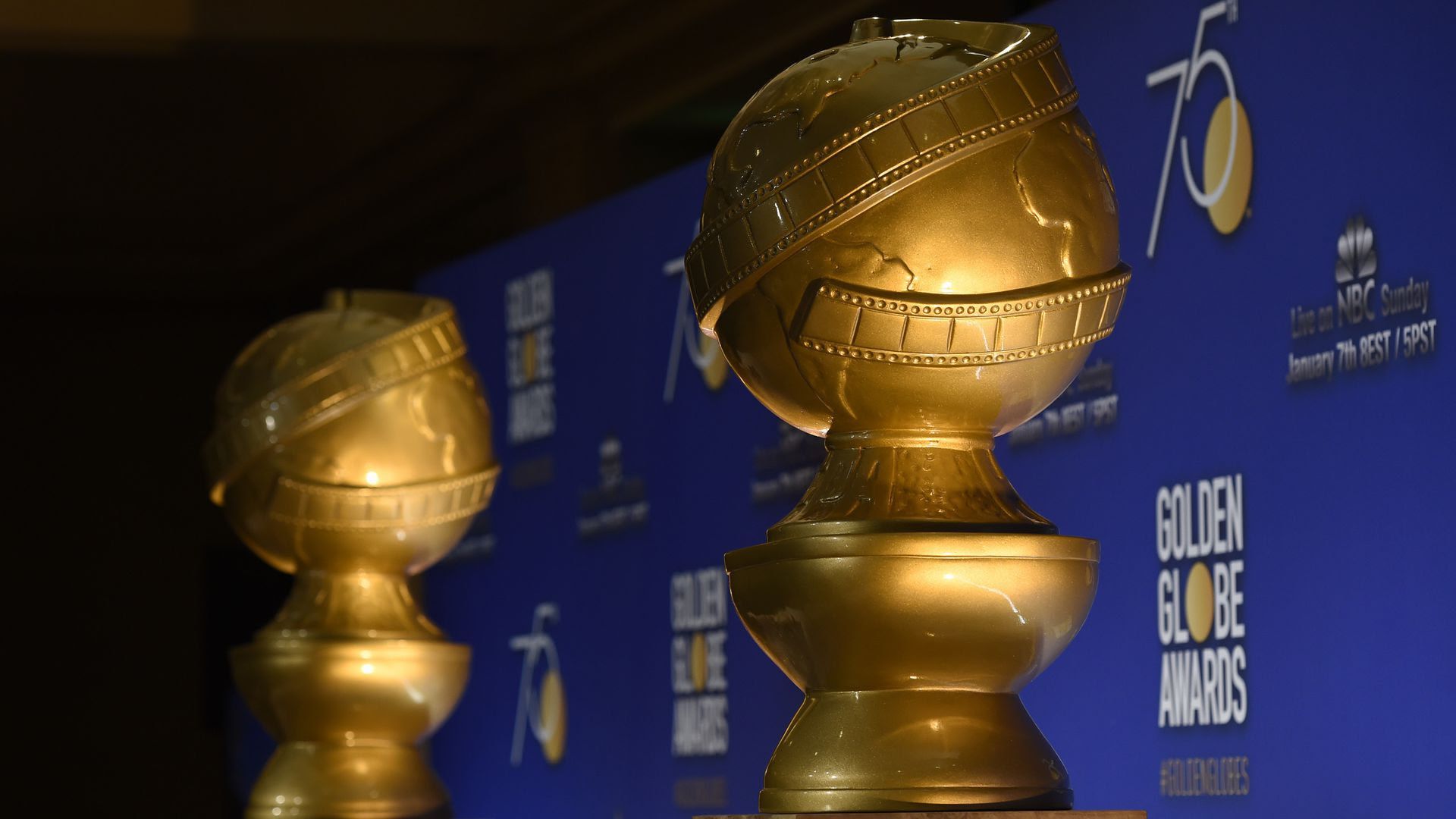 “Three Billboards Outside Ebbing, Missouri” dominated the 75th Golden Globes Awards, picking up a leading four awards, including a best drama statue. The revenge drama centers on a tough-as-nails woman who takes matters into her own hands after her daughter is raped and murdered. 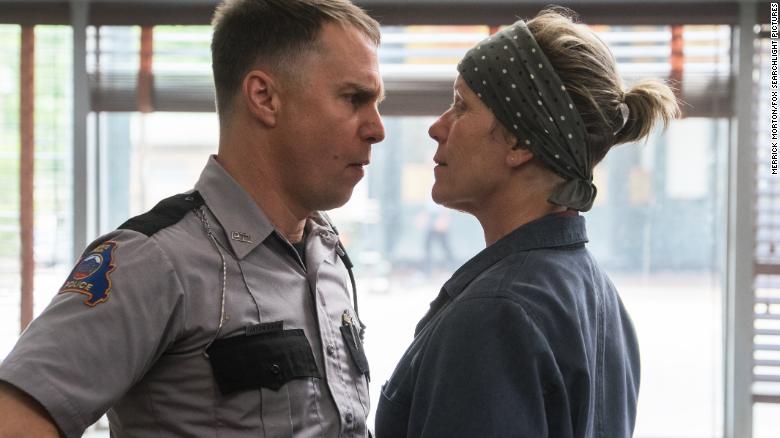 It wasn’t the only big winner to focus on steely female protagonists. “Lady Bird,” an elegiac coming-of-age story about growing up in Sacramento was named best musical or comedy while nabbing a best actress prize for Saoirse Ronan for playing a sardonic teen. On the television front, Hulu’s “The Handmaid’s Tale,” a show about a dystopian future in which women are conscripted into sexual slavery by a monied elite, picked up a best TV drama award, while HBO’s “Big Little Lies,” a look at domestic abuse in a posh seaside community, earned a leading four awards including one for best TV movie or miniseries.

Politics dominated the 75th Golden Globes Awards, as stars used their time at the podium to draw attention to abuse, sexism, and racism. It wasn’t the typically festive and inebriated occasion that usually generates big ratings for the annual show. The Moet may have flowed, but actors and filmmakers cloaked themselves in black to show their solidarity for victims of harassment, and outfitted the labels of their tuxedos with pins that read “Time’s Up,” a call to arms against discrimination and inequity. 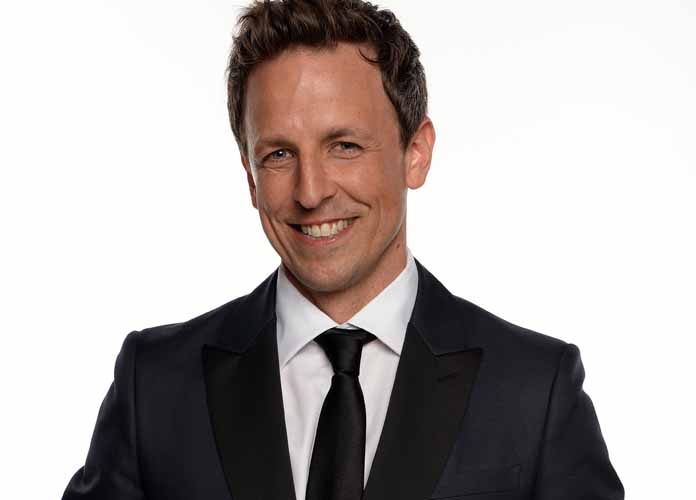 from Los Angeles and Hosted by Seth Meyers 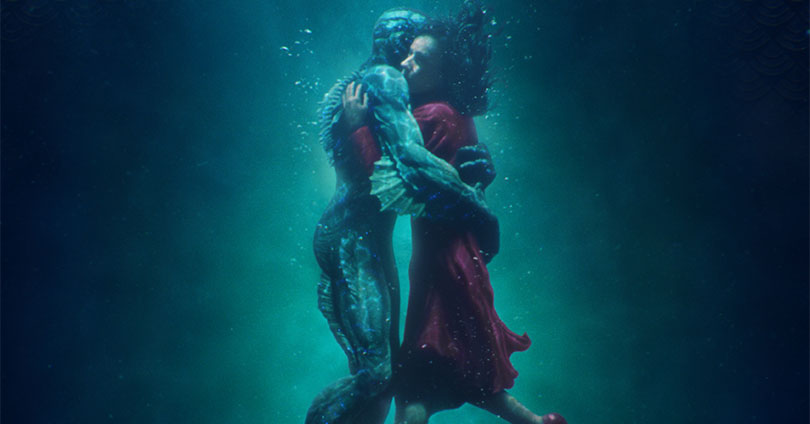 By a simple tally of nominations, the biggest winner was The Shape of Water, winner of Best Film Director, Guillermo del Toro’s grown-up fairytale about a woman who falls in love with an amphibious being trapped in an underground lab. It got seven Globe nominations: Picture, Director, Screenplay, Score, Best Actress for Sally Hawkins, Best Supporting Actor for Richard Jenkins, and Best Supporting Actress for Octavia Spencer. Right behind it was the dark drama Three Billboards and the resolutely topical newspaper biopic The Post with six nominations apiece. 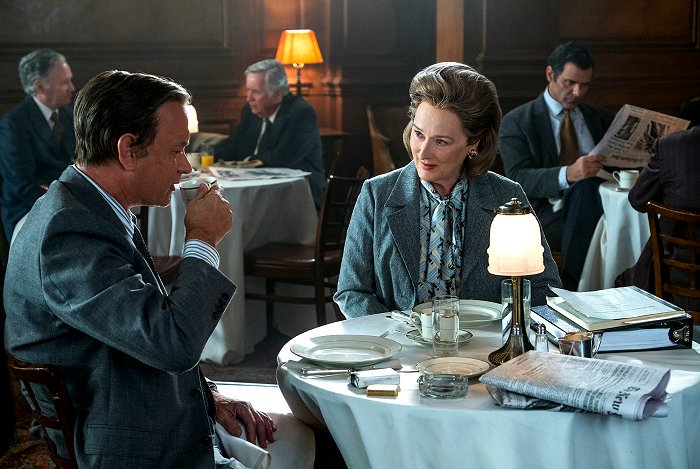 The Post, which will be released on Christmas, has drawn attention for its present-day parallels, though it follows The Washington Post’s legal battle to publish the Pentagon Papers in 1971. The Globes clearly responded to the film’s message: Spielberg has pitched the movie, which he made with comparative speed, as a parable of the news media standing up to a bullying White House. It’s also a tale about the struggles of being a woman in a male-dominated boardroom (the story is centered on the Post publisher Katharine Graham, played by Meryl Streep). Meanwhile, the voters’ love for All the Money in the World, which got three nominations (Director, Best Actress, and Best Supporting Actor), may have been similarly inspired by the recent dramatic stories surrounding its production. 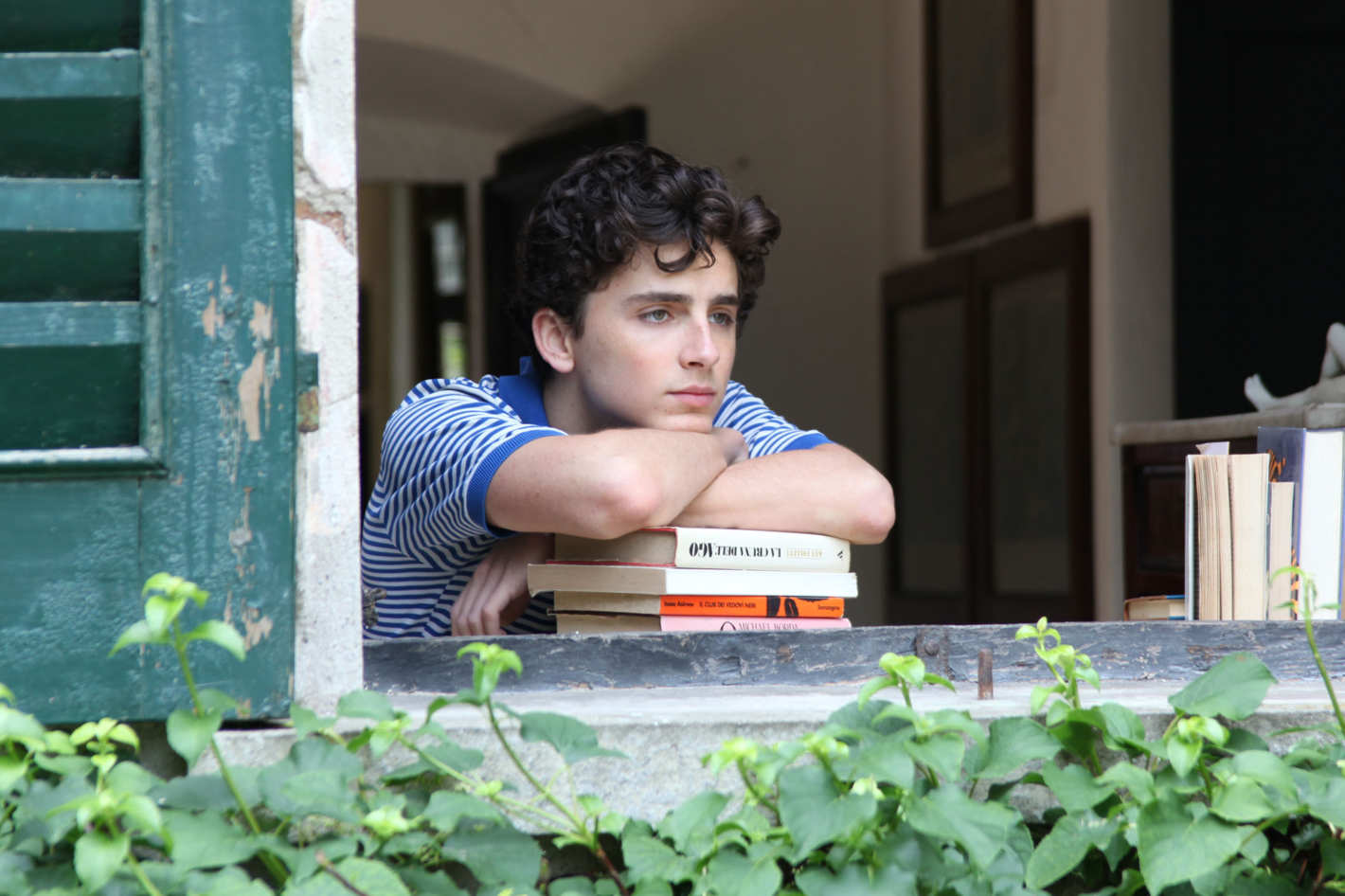 Timothée Chalamet  in "Call Me By Your Name"

The rest of the drama nominees featured major players like Luca Guadagnino’s sumptuous romance Call Me by Your Name (four nominations including Best Picture) and the war epic Dunkirk (three nominations including Best Picture). Other contenders like Mudbound, Darkest Hour, The Florida Project, and Molly’s Game were only able to snap up one or two nominations each. In the “comedy or musical” category, Lady Bird dominated on the back of rave reviews, as did two other films that straddle the line between comedy and drama, Craig Gillespie’s biopic I, Tonya and Jordan Peele’s horror satire Get Out. The Globes also gave a bunch of expected nominations to the Hugh Jackman–starring circus musical The Greatest Showman, which helped shut out the smaller contender The Big Sick. 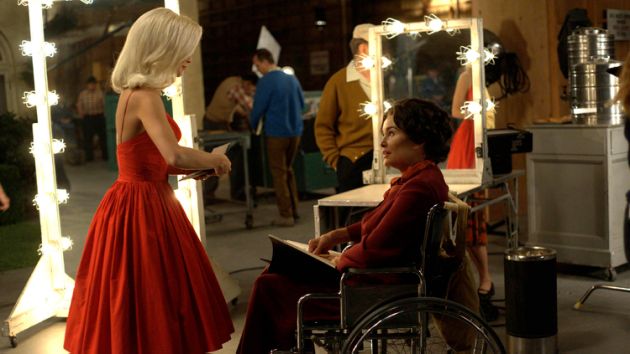 Susan Sarandon and Jessica Lange play Davis and Crawford in “Feud: Bette and Joan” which may focus on two of Hollywood’s most glamorous stars, but it also highlights the struggle that actresses have trying to find work as they age into an industry that favors the young. 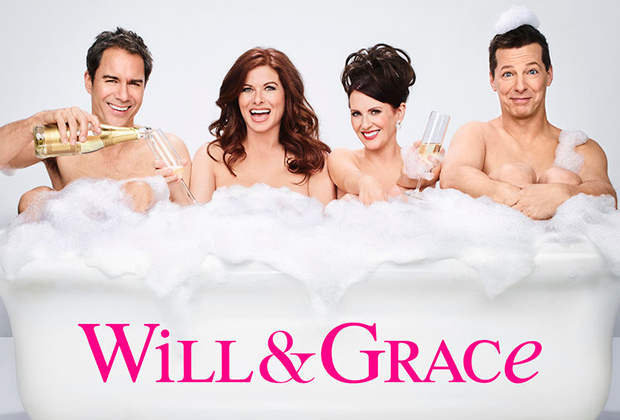 The TV categories tend to be a stranger mix, given that the Globes come in the middle of the industry’s season (the Emmys, the more prestigious TV awards, are conveniently awarded in September). As such, the Globes often seek to anoint new stars and shows, as well as TV movies and miniseries that feature global stars. So there was a lot of predictable love for Big Little Lies, Feud: Bette and Joan, and The Wizard of Lies, all of which starred Oscar-winning actors, but surprising nods went to new shows like Showtime’s SMILF, Amazon’s The Marvelous Mrs. Maisel, and USA’s The Sinner. Streaming TV maintained a strong presence with nominations going to Netflix’s Glow, Stranger Things, Master of None, and The Crown, as well as Hulu’s Handmaid’s Tale and Amazon’s I Love Dick. 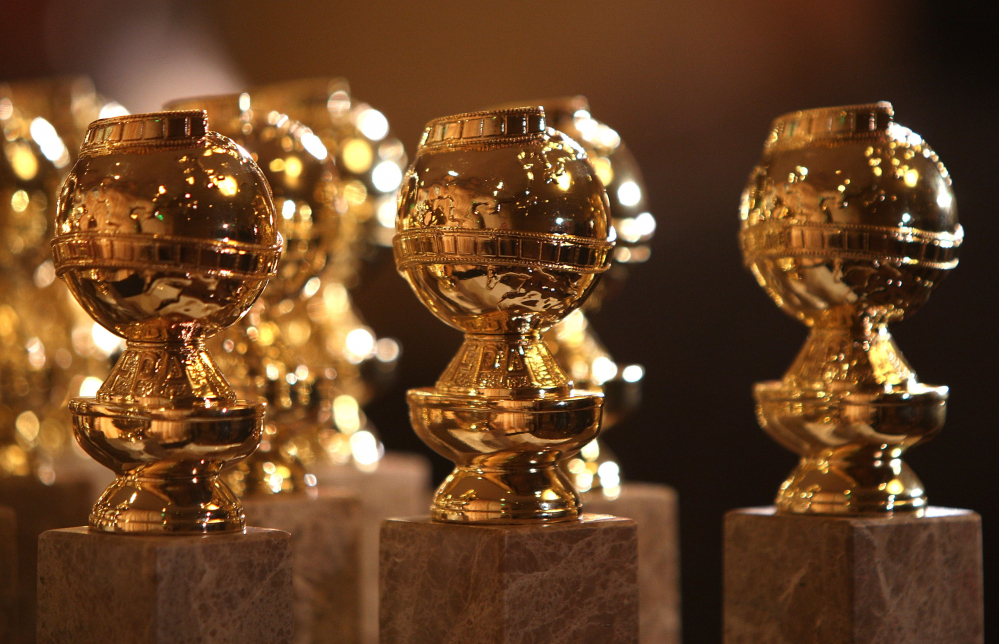 Here is the Full List of Winners and Nominees:

Call Me by Your Name
Dunkirk
The Post
The Shape of Water
Three Billboards Outside Ebbing, Missouri

The Disaster Artist
Get Out
The Greatest Showman
I, Tonya
Lady Bird

Willem Dafoe, The Florida Project
Armie Hammer, Call Me by Your Name
Richard Jenkins, The Shape of Water
Christopher Plummer, All the Money in the World
Sam Rockwell, Three Billboards Outside Ebbing, Missouri

A Fantastic Woman,  Chile
First They Killed My Father,  Cambodia
In the Fade,  Germany-France
Loveless, Russia
The Square , Sweeden-Germany-France

“Home,” Ferdinand
“Mighty River,” Mudbound
“Remember Me,” Coco
“The Star,” The Star
“This Is Me,” The Greatest Showman

The Crown, Netflix
Game of Thrones, HBO
The Handmaid's Tale, Hulu
Stranger Things, Netflix
This Is Us, NBC

Romance - Coming of Age Selected Scenes from Community of Lights on Vimeo.

CLICK HERE FOR MORE ON THE HOLLYWOOD FOREIGN PRESS